Eugene Parker, the discoverer of the solar wind ahead of his time, dies 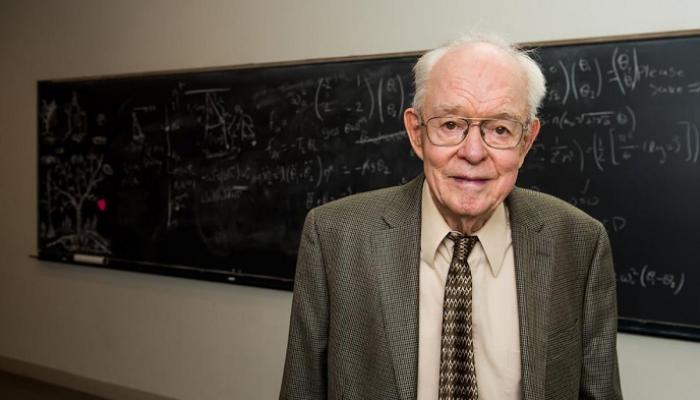 American astrophysicist Eugene Parker, a specialist in the sun and the first to theorize about the existence of the solar wind, has died at the age of 94.

The US space agency (NASA) announced the news of the death of Parker, who was distinguished by his outstanding skills in applied mathematics, and was considered one of the most outstanding pioneers in the field of solar physics, which is the study of the sun. and the system of it.

In 2018, Parker attended the launch of a research probe named after him. Angela Olento, dean of the University of Chicago School of Physics, said Parker, who said he died Tuesday, “was a legendary figure” in the field of science.

The official of the university to which the late scientist belonged pointed out that “his vision of the sun and the solar system was far ahead of his time.”

Olento was referring to his 1958 article in which he described for the first time, by means of advanced calculations, the phenomenon of the solar wind, which is a continuous flow of particles coming from the Sun, a finding that was initially rejected.

Parks recounted in 2018 that the first person to review her scientific paper said, “Well, I think you should go to the library and dive into this before writing a paper about it, because (your study) doesn’t make sense.”

However, Parker’s conclusions in his study were confirmed in 1962 by direct observation of the solar wind by a NASA probe. It has been established for scientists today that the solar wind sweeps all the planets of the solar system, protecting them from dangerous radiation.

Eugene Parker was also behind the idea of ​​”nanoflers”, small explosions on the sun that account for the heat of the sun’s corona, which is hotter than its own surface.

Parker, who received several honors, became a professor emeritus at the University of Chicago. The Parker probe, named after him and launched in 2018, managed to get closer to the sun in an unprecedented way and transmitted to researchers a large amount of data that contributed to a series of discoveries, especially on space weather.

According to scientists, the probe provided new details about how the sun affects space weather – details that are reshaping astronomers’ understanding of the violent solar wind, which can disrupt satellites and electronic devices on Earth.

One of the great surprises discovered by the probe is the observation of a sudden and sharp increase in the speed of the solar wind, which was so intense that it caused the magnetic field to rotate on itself in a phenomenon called the “zigzag” phenomenon.