EU countries struggle to stay the course in the Russian crisis 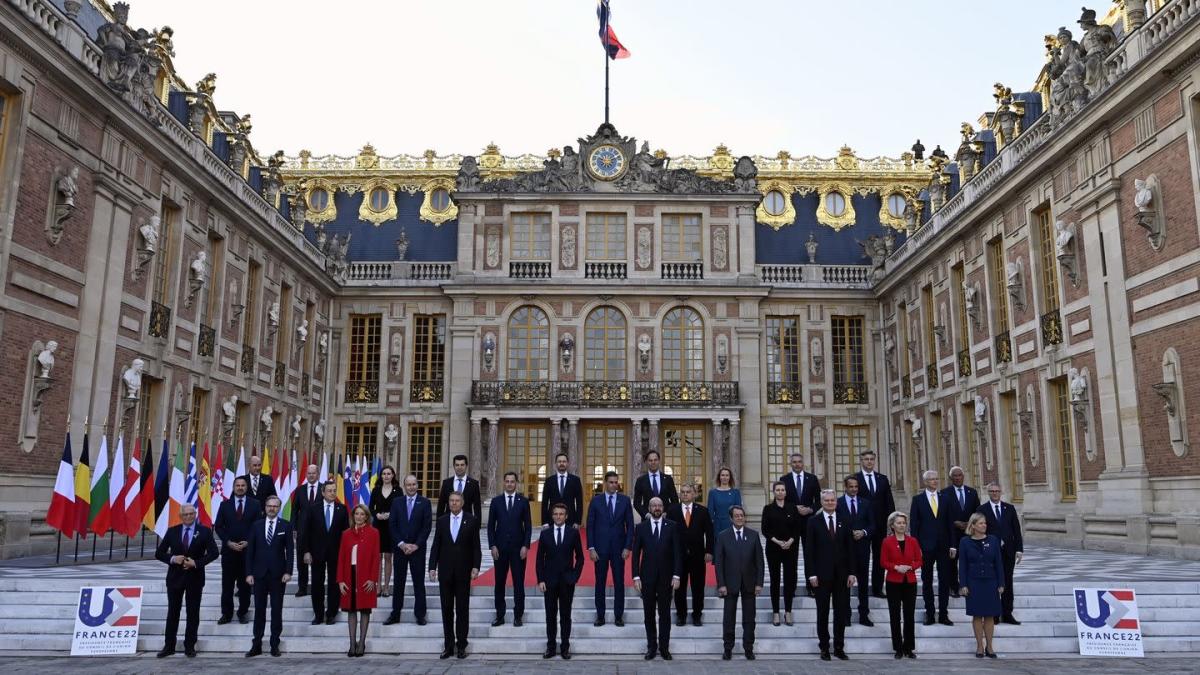 Versailles (dpa) – Chancellor Olaf Scholz and the other EU heads of state and government spent some eight hours on the first day of their summit in Versailles, France, discussing how to proceed after Russia’s attack on Ukraine.

Countries like Latvia made it clear that they no longer found Germany’s refusal to stop Russian energy imports acceptable. Opinions also differed on how to deal with Ukraine’s request for rapid EU membership. Here, too, Chancellor Olaf Scholz was on the side of those who put the brakes on. After a long night at the summit, the first cracks appeared in the bloc of states that had previously acted as one.

Scholz was under pressure mainly because of his refusal to stop imports of oil, gas, and coal from Russia. “I am convinced that we must make a decision to stop energy imports from Russia in order to bring (Russian President Vladimir) Putin to the negotiating table and end the war,” said Latvian Prime Minister Krisjanis Karins. The president of the European Parliament, Roberta Metsola, insisted on the need to send a clear message and restrict Russian exports.

Both sided with countries like Poland and Lithuania, which had already spoken out in favor of such a move. This is aimed at depriving the Russian state of its main source of income to finance the war against Ukraine. According to estimates by the Bruegel think tank in Brussels, EU states currently spend around $420 million (€380 million) on Russian gas and almost $400 million (€362 million) on Russian oil. This is mainly because countries such as Germany, Austria and Hungary cover much of their energy needs with supplies from Russia.

Scholz said on Monday: “There is currently no other way to secure Europe’s energy supply for heat generation, for mobility, for power supply and for industry.” At Versailles, he said that when considering sanctions, one considers very precisely how to persuade the Russian government to end the war. At the same time, it is important to ensure that the effects in Europe are as small as possible. “We should continue to follow this course.”

Scholz received the support of Austrian Chancellor Karl Nehammer. “Austria cannot now say that we are running out of Russian natural gas, we need it,” the conservative politician said on Friday night after the first day of the summit. In the summit declaration published on Friday morning, it was finally said in general that one was ready to act quickly with more sanctions.

Differences over Ukraine’s accession to the EU

Tensions were also evident at the summit over the question of how to deal with Ukraine’s desire for rapid EU membership. Dutch Prime Minister Mark Rutte gave a clear rejection of the request. “There is no such thing as accelerated accession,” he said. His colleague from Luxembourg, Xavier Bettel, said that he was not a rules fetishist, but that there were conditions for joining the EU. Chancellor Scholz made a similar statement. “It’s very important that we continue to pursue the things that we’ve decided on in the past,” he said.

After the first day of the summit, Slovenian Prime Minister Janez Jansa said opinion was divided. Most see that Ukraine is at war and people are fighting for their lives, others are still debating the procedure. On Friday night, Ukrainian President Volodymyr Zelenskyy spoke of the “final test for Europe” on the issue of accession. He believes that “our people, our state, our army have already done everything to see us there among equals, to invite us there,” he said in a video message.

However, no concrete commitments were made to Ukraine in the final declaration. Instead, it simply says that Ukraine belongs to the European family. At the same time, countries like Estonia and Lithuania have urged Kiev to be more flexible.

More arms deliveries from the EU

Instead, the Ukrainian armed forces could get more weapons and equipment from the EU. According to the President of the Council of the EU, Charles Michel, the Commissioner for Foreign Affairs, Josep Borrell, proposed to the Heads of State and Government at the summit to mobilize 500 million euros for additional deliveries. At the end of February, a first package of 500 million euros had already been approved.

Effects of the war on the European economy

Another hot topic at the two-day summit is how to deal with the effects of the war on the EU’s economic development. France has floated the idea of ​​adopting a debt-financed support program, as it did during the Corona crisis. Therefore, this could help cushion the consequences of the current increase in energy prices, but also promote investments in defense projects. Countries such as Germany and the Netherlands do not consider this necessary at the moment and point out that the Corona aid package of 800 billion euros must first be exhausted.

The Italian Prime Minister, Mario Draghi, for his part, was open to the French proposal. “Italy and France are completely aligned on this front as well,” Draghi said.

EU Commission President Ursula von der Leyen announced at the summit that she intended to propose a temporary cap on energy prices. The aim is therefore to limit the “contagion effects” between gas prices and electricity prices.