EU: Children of surrogate mothers must be evacuated from Ukraine 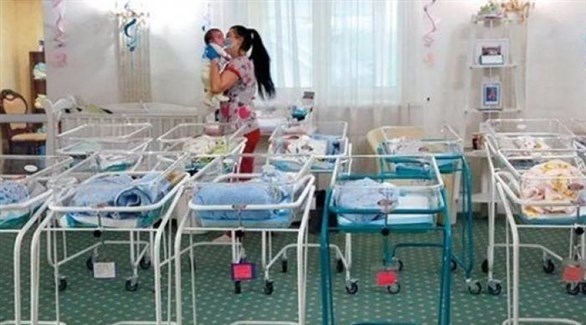 A high official of the European Union called on Wednesday for the evacuation of the children of surrogate mothers from Ukraine, after the parents of these children could not reach the Ukrainian territory to receive them due to the Russian invasion.

The European Commissioner for the Interior, Ylva Johansson, expressed her concern for these children of surrogate mothers who have been interned in orphanages.

She revealed to the European Parliament that parents from EU countries and the United States had problems getting their children out of Ukraine even in the pre-invasion period due to the Covid-related lockdown.

“During the pandemic, many of these newborns were not picked up, so they are trapped and are now being cared for in orphanages,” said Johansson.

But he noted that some of these orphanages were evacuated during the invasion, and the fate and whereabouts of the children are currently unknown.

The commissioner added that “the children of surrogate mothers at this time cannot be received and, to a certain extent, have fallen into a state of limbo.”

“From my point of view, there is an urgent need to evacuate these children,” he stressed.

Ukraine is one of the few countries in the world that allows surrogacy and allows this act as a commercial practice.

It is estimated that up to 3,000 babies are born each year in Ukraine to surrogate mothers for clients in countries such as China, the United States and the European Union.

The Covid epidemic has highlighted this practice, which has flourished in Ukraine.

A large clinic in kyiv had released a video clip of dozens of babies born to surrogate mothers who could not come to receive them due to the closure of the borders.