Eto’o accepts a tax fraud conviction but points to his representative: ‘I did what my ‘father’ asked me to do’ 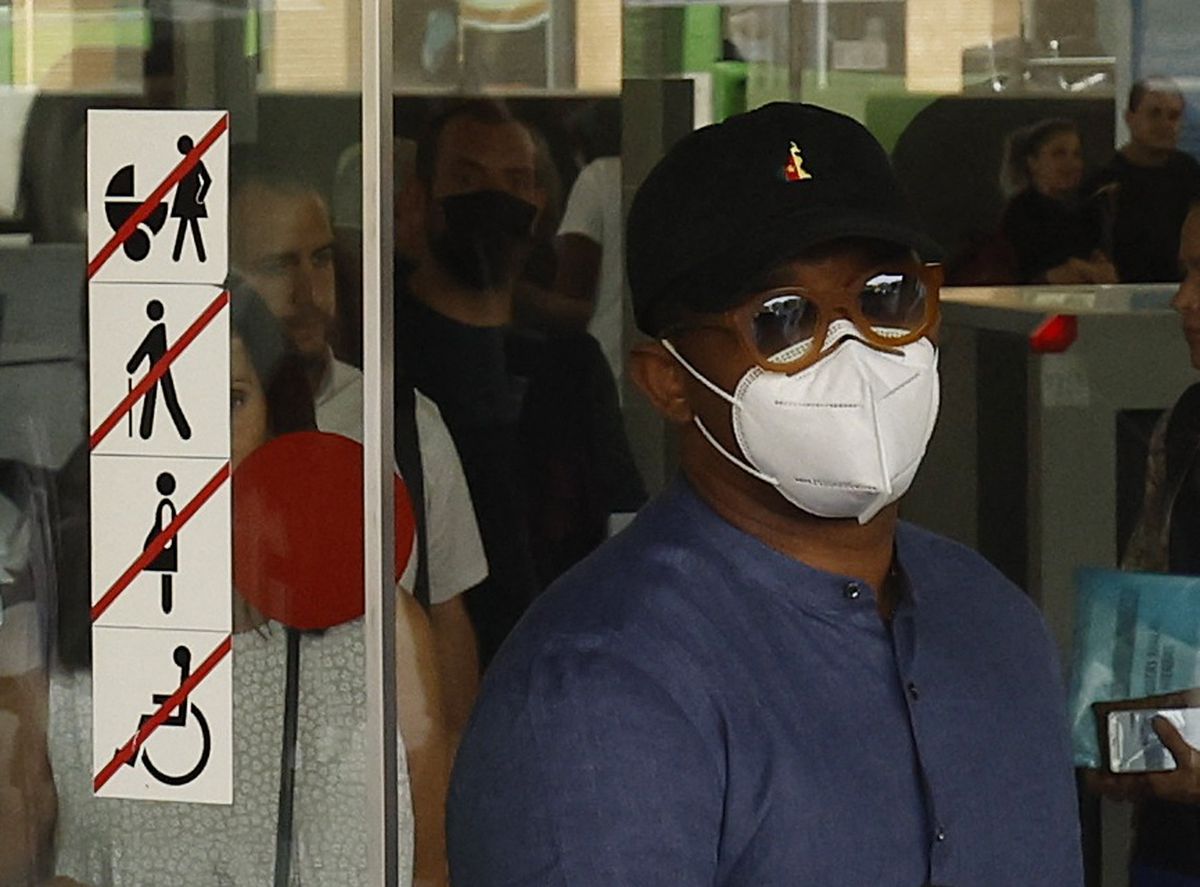 Former footballer Samuel Eto’o suspected this Monday that during his time as a FC Barcelona player (2004-2009) he cheated the treasury by faking the transfer of image rights. The Cameroon striker was on the bench with his former agent and right-hand man Josep Maria Mesalles on Monday. After reaching an agreement with prosecutors, both have accepted a sentence of less than two years, which allows them to avoid imprisonment.

Eto’o testified for less than a minute at the trial in Barcelona’s Judiciary. After getting up, he agreed to pay the civil liability pending payment (3.8 million) and admitted his responsibility. Albeit with nuances. The former Barça player has referred to the bench that Mesalles sat on, with whom he has been at war openly for years, who has a lot of personal experience: “It was mine father, he cared for the boy he was then. I’ll admit and I’ll pay, but let it be known I’ve always done what’s my thing father He asked me,” he said.

The public prosecutor’s office initially demanded 10.5 years in prison for each of them for four tax evasion offenses. However, prosecutors have agreed to lower it significantly after reaching a settlement with the defense. Eto’o has accepted prison terms of one year and 10 months for committing four crimes against public finances. Two mitigating factors were considered for the player (damage repair and undue delays due to the time elapsed from the occurrence of the events to their assessment) that have made it possible to outline this reduction. Mesalles – responsible for advising the player on economic and tax matters, whose right-hand man he was for most of his football career – has settled for an even shorter sentence of one year.

The judge granted the defense’s motion – which prosecutors agreed to – to stay the prison sentence for the next five years, meaning that those already convicted will not go to prison if they meet a number of conditions. The main one is not to commit another crime during all this time and, above all, to fulfill your obligation to pay the remaining balances.

Eto’o and Mesalles have already paid 2.2 million to cover civil liability but owe another 3.8 million. Both have presented their five-year “payment plans” that include real estate as collateral. The two convicts – with the corresponding penalty, the judgment is final immediately – must also pay an additional fine of 1.8 million.

Eto’o was one of the first elite players to be targeted by the tax authorities for irregular image rights management. According to the prosecutor’s account, which has now been adopted by the accused, the player entered astronomical numbers for his image rights at Barça and at the sports brand Puma. However, in order to avoid paying income tax, the player pretended to have delegated the exploitation of these rights to two companies, one Spanish and one Hungarian. Fraud in these four years amounted to 3.5 million.

The Cameroonian striker joined Inter Milan after his spell at Barcelona. He played in England, Russia and Turkey before retiring from professional football in Qatar in 2019. Today Eto’o is President of the Cameroonian Football Association.