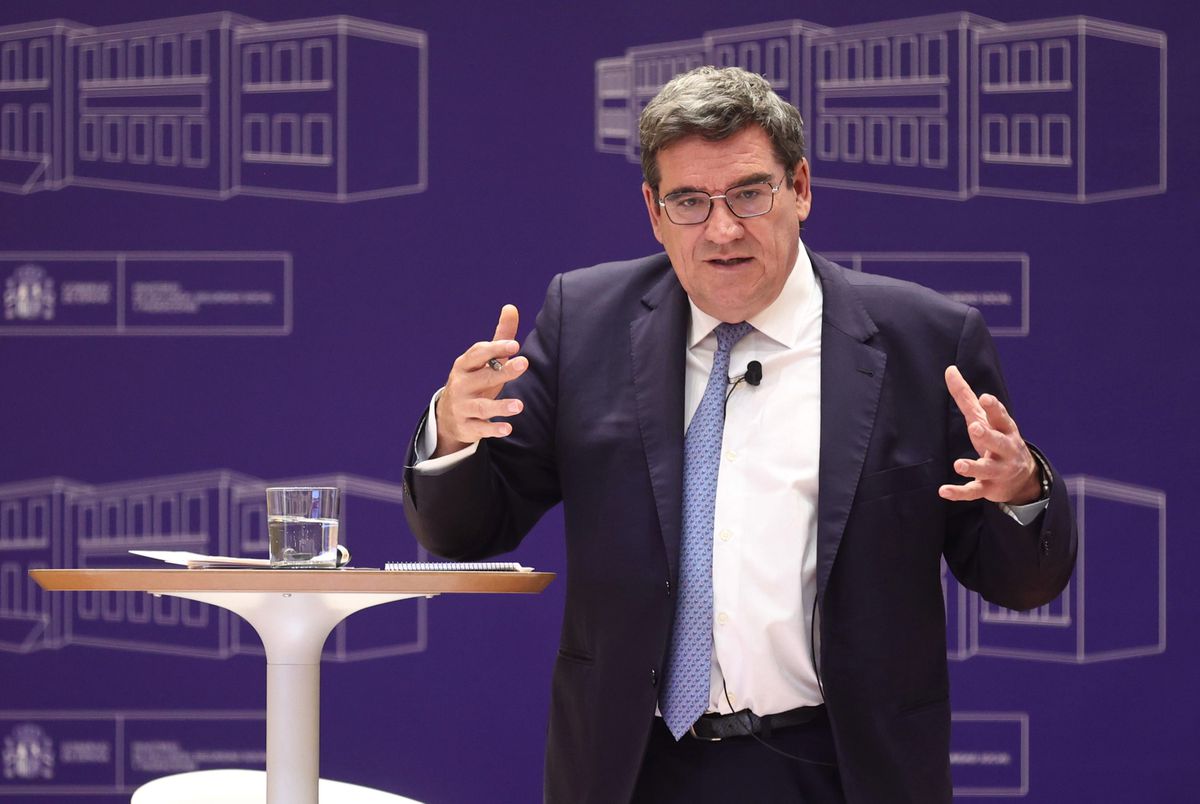 A day after the meeting with the unions and the most representative organizations of the group of self-employed, the Ministry of Social Security has provided social representatives with further details on the umpteenth proposal on the real income contribution system, with which it intends to consider a solution to the negotiation. It is a proposal that maintains the main features of the document presented on Monday, “in which quotas of between 230 and 590 euros per month are envisaged” and in which the contributions for the years 2023, 2024 and 2025 are determined on the basis of net income tranches . Until the final values ​​are reached, the self-employed with lower incomes would pay 245 euros per month and reduce this amount over the next two years; while those with higher bills would start at €500 and gradually increase their social security contribution. In other words, the self-employed who invoice the least would have a system of declining quotas through 2025 and those who earn the most would have an increasing path through the end of the period.

The offer presented this Tuesday is one that takes into account the evolution of quotas over the next three years, as requested by the self-employed groups at yesterday’s meeting and again well received by most. “The negotiation is coming to an end. We are very confident, but we are in crucial moments. We have been working for more than a year on this structural reform that will bring about a cultural change,” said Lorenzo Amor, President of the Association of Self-Employed People’s Associations (ATA). The highest representative of this organisation, which is integrated into the Spanish Confederation of Business Organizations (CEOE), has put forward that it is likely that the final program will be agreed “later this week”.

For his part, the President of the Union of Freelancers and Self-employed (UPTA), Eduardo Abad, has pointed out that this progressive proposal is “very much in line” with his demands and that “it would be a real irresponsibility not to definitively change the contribution model” for the self-employed since the current system is “absolutely unfair” and “only favors the self-employed with the highest incomes.” “All of us who are in the heat of negotiations need to keep an eye on the lower-income self-employed,” he added.

However, sources from the Union of Associations of Self-Employed Workers and Entrepreneurs (UATAE) complain that “the new proposal will not improve the quotas of the lower classes” and denounce that “applying for three years will prevent these Whoever participates the least can reduce their contingent from the first moment of their application”. In addition to this accusation, the same sources believe that after the establishment of a contribution system for real incomes at the end of the nine-year transition period for this group, “improvements in social protection must also be addressed”.

According to the proposal of the department led by José Luis Escrivá, self-employed people with an income of 670 euros or less would have to pay a fee of 245 euros in 2023 (that would be 49 euros less than the current one). ; from 237 euros in 2024 (57 euros less than today); and 230 euros in 2024 (64 euros less than current). With this new system, those employees in the first six (between 670 and 1,700 euros per month, the largest branch) would be particularly favored of the 15 income levels that the planned contribution system has.

On the contrary, and in response to another demand from some organisations, within this new paradigm of contributions, self-employed people with higher incomes (more than 6,000 euros) would have to make a larger contribution: they would start with a fee of 500 euros per month in 2023; which would increase to 530 in 2024 and 590 in 2024. At the end of this three-year journey, the fee to be paid would be 296 euros more than the fee currently paid.

As the final text of the regulation is not being finalized, if a positive solution is found this week, the government would meet the times agreed with Brussels by June 30 (this Thursday), although the rule has to be approved by the executive and then processed in parliament, which means its entry into force would be delayed until 2023.