Escrivá criticizes VOX for using the term “ghetto” to talk about migration in Spain: “It has intolerable connotations” 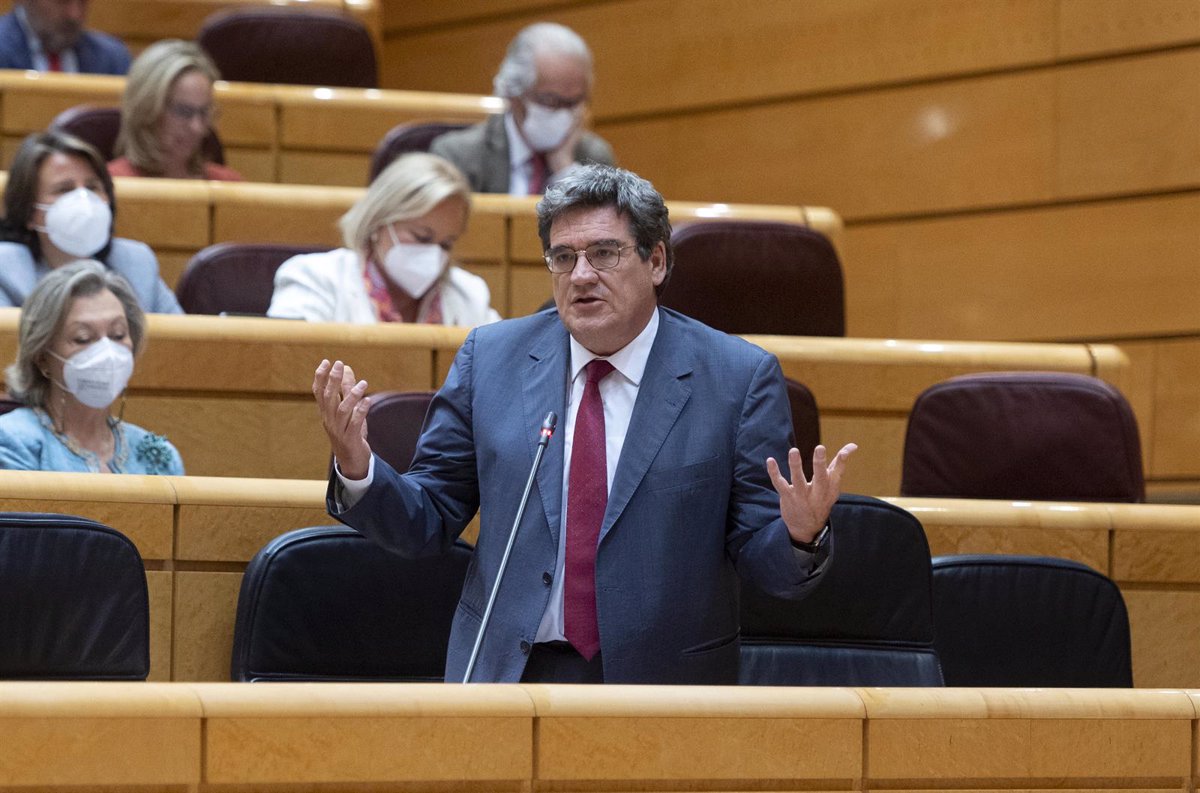 The Minister for Integration, Social Security and Migration, José Luis Escrivá, accused VOX in the Senate on Tuesday of using the term “ghetto” to talk about migration policy in Spain and Europe. “It has intolerable connotations,” he claimed.

This is what José Luis Escrivá said at Tuesday’s government scrutiny session in the House of Lords, when asked by Vox Senator Yolanda Merelo about the measures that the executive would take “to avoid the formation of ghettos in Spain.” “What this question raises for me in the first place is rejection,” he explained.

To applause, the head of the Inclusion, Social Security and Migration department emphasized that the word “ghetto” refers to “measures of discrimination based on totalitarian and racist ideologies”. “That’s why in Spain we have a constitution and we have a whole set of regulations that prevent discrimination based on race or religion,” he stressed.

With these words, the VOX senator argued that at the last Champions League final in Paris “it was made clear that the model of European migration policy is a failure and a danger to Europeans”. He also added that Algeria had “humiliatingly abandoned” Spain after changing the government’s position on the Sahara “to further exacerbate the problem”.

Melero wondered “what the government plans” so that the Spanish neighborhoods “are not like Saint-Denis”, which, according to the senator, “is no longer France”. “The laws of the republic no longer apply there, nor do European laws, as is the case in Brussels, London or Sweden. These are areas where the police no longer dare to go because the state has lost all control and where rules based on the Islamic code have been implanted in a parallel society,” she affirmed, later adding that “this is happening in many neighborhoods in Catalonia and Andalusia, in the Basque Country or in Madrid”.

For the VOX MP, “rather than fight against them, rather than eradicate them, the government encourages and subsidizes them with its immigration policies”. “They allow the creation of marginal multicultural societies that destroy the security of our neighborhoods and our cities,” he pointed out, citing the El Príncipe neighborhood in Ceuta as an example.

“Your speech helped us all understand exactly what the question was about and what you mean by ‘ghetto’ and how it helps spread this xenophobic ideology that tries to deepen this very idea of ​​segregation and separation.” , he answered. The minister.

In response, Escrivá replied that the people who live in the neighborhoods the senator referred to do not live there because they belong to an ethnic group or religion, but because “they are poor” and “are in a situation of vulnerability and difficulties”.

“It happens that immigrants, when they enter society, are initially poor. Later they make progress, they make great progress, and we see it in the United States. We see it in countries that have been an example of immigrant integration, but at first they are poor, and then these neighborhoods belong to vulnerable and poor people,” he stressed, adding later that “fighting poverty and social exclusion” is required.

Referring to the particular situation in Ceuta, the minister clarified that there are 7,000 beneficiaries of the essential minimum income in the autonomous city, noting that the executive is working with the city government and non-governmental organizations “to integrate them, so that their situation improve in society. “You have to do that,” he remarked.

Finally, Escrivá stated that “Ceuta is practically a 50 percent multicultural society”. “I’ve visited and what I’ve generally confirmed massively is that everyone, practically everyone, wants these two cultures to come together because they all feel Spanish and Ceuta,” he concluded.

- Advertisement -
Share
Facebook
Twitter
Pinterest
WhatsApp
Previous articleNationwide Strike: Export Sector Losses Rise to $27 Million in 9 Days
Next article“It doesn’t even reach Shakira’s feet”, the reactions in the networks to the mysterious blonde who was with Pique at a party