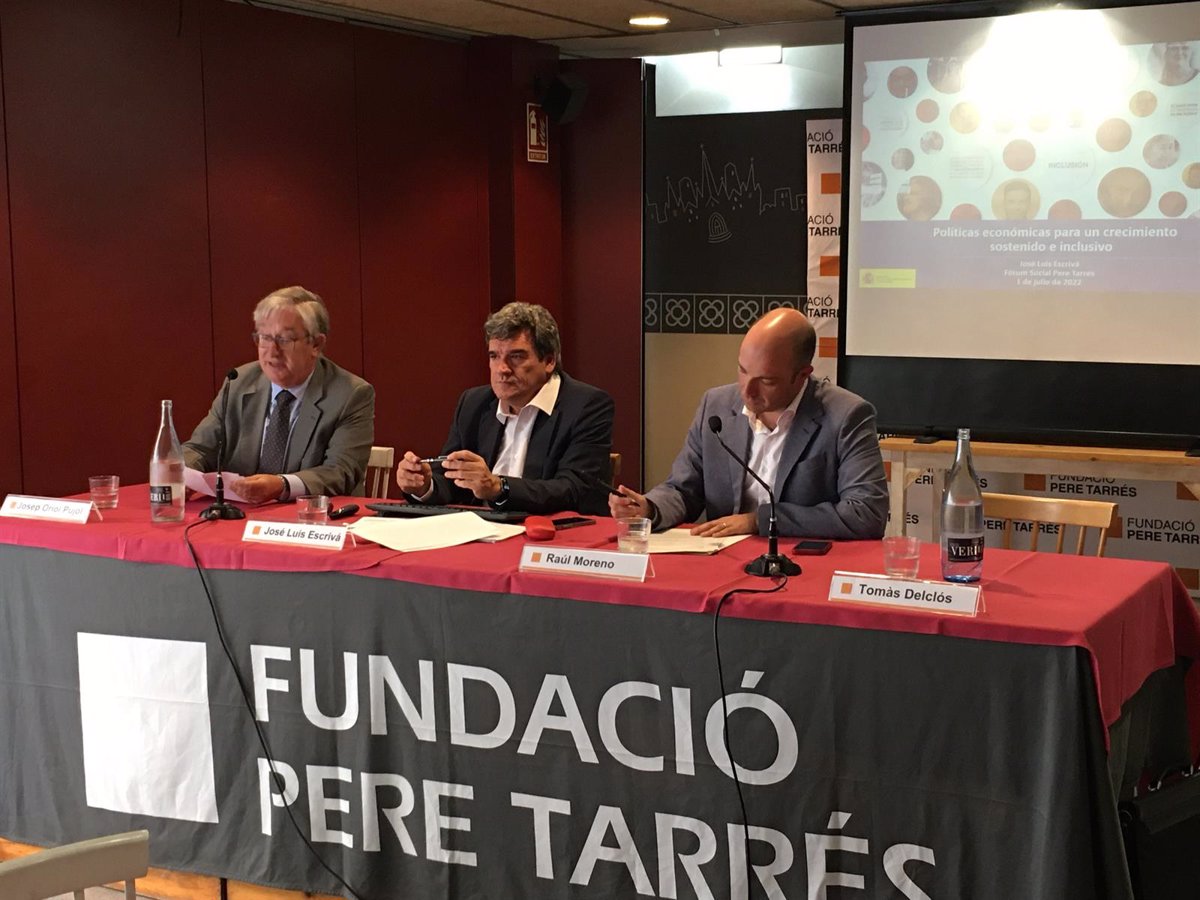 Defends Rooting by Training after two years in Spain

The Minister of Integration, Social Security and Migration, José Luis Escrivá, asked this Friday for “sensitivity” towards border workers, as well as understanding of the situation in Morocco when managing the arrival of migrants.

He said it at a lunch at the Fundació Pere Tarrés, after the Supreme Court of Andalusia (TSJA) confirmed that minors who returned to Morocco after entering Ceuta in May 2021 must be sent back to Spain: “I know the tremendous amount of stress and difficulty they had to cope with in this situation”.

For this reason, he has asked to await the results of the court case, the same thing he requested in relation to the jump over the Melilla fence last Friday, before asking for time to clarify what happened.

The Minister has assured that the 133 immigrants who have crossed the border are being treated at the Temporary Immigrant Stay Center (Ceti) in Melilla and are “trying to manage their situation as best as possible”.

“We need to have the greatest empathy and sensitivity to the migration phenomenon and its importance,” he said, adding that perhaps the procedures for applying for international protection should be improved, as it is not known that it is not necessary to climb the fence to access it.

Escrivá has also asked to “understand the situation that Morocco is going through”, a country which, he said, has in the south a series of failed states at war and plagued by famines that are putting pressure on the exercise north.

“The work that Morocco is doing is not easy,” stressed the minister, who assessed the situation on the territory of the Alaouite Kingdom as extremely complex.

On the other hand, Escrivá has defended the establishment through training of immigrants who have been in Spain for two years, explaining that they are working with the Ministry of Education on the regulatory development of itineraries: “We will be quiet, flexible,” he advanced and has asked to avoid abuse and to make the formations verifiable and tangible.

It has also proposed expanding the catalog of professions that are particularly in demand, which currently include sports coaches and fishermen, for which they will open a dialogue with social actors.

- Advertisement -
Share
Facebook
Twitter
Pinterest
WhatsApp
Previous articleLaura Borràs is now asking a popular jury to judge her
Next article“That’s why I broke my cell phone”: a criminal destroys his phone to hide this information from his partner