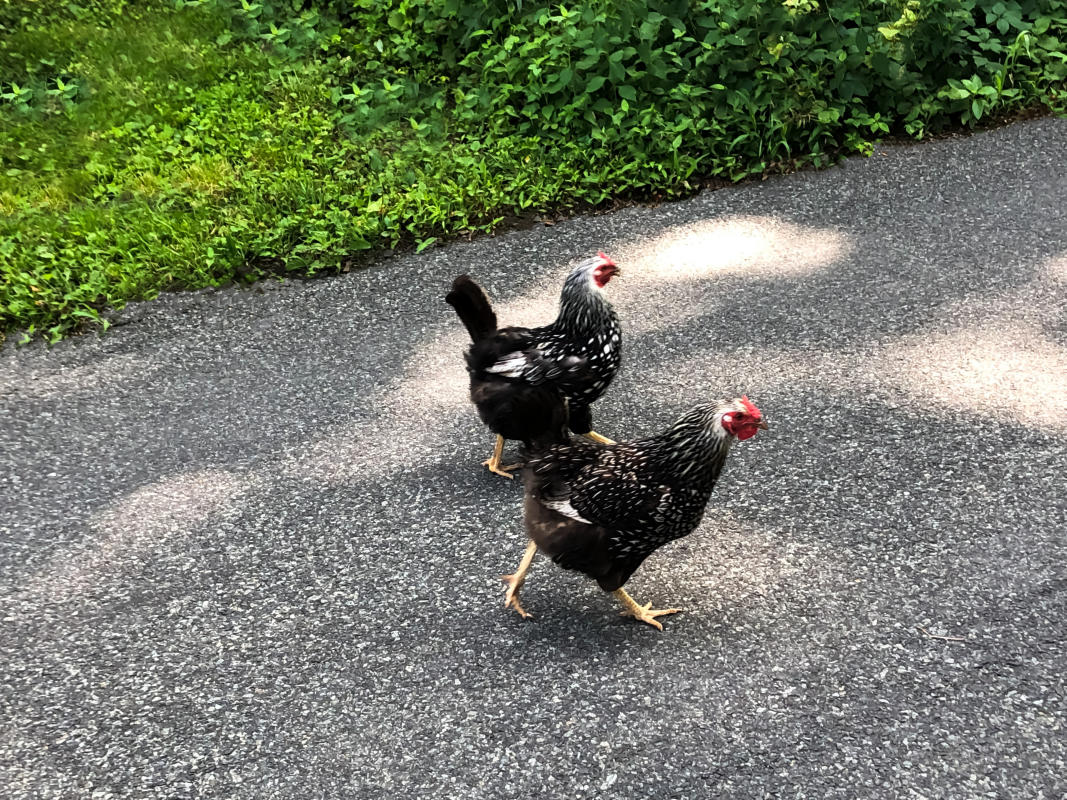 A group of runaway chickens wandering down two highways in Maine, USA, ended up at a Dunkin’ Donuts drive-thru after a bizarre trapping operation.

As reported by UPI, Jessica Jackson was called to the rescue of the Casco, Naples, Raymond and Harrison Animal Protection Agency last Wednesday by a group of six chickens walking along the 302 and 11 freeways near the city of Naples.

“It was a huge traffic hazard. Animal safety is my job, but I was also concerned about public safety,” Jackson told the Bangor Daily News.

Fortunately, the birds would soon have gathered at the intersection of the two streets next to a tanker truck parked there. Because no potential owner of the chickens could be found far and wide, it was now up to Jackson to capture the chickens and bring them to a foster farm to safety.

A task that would soon end in great chaos: “I tried to put them in the kennels that I have with me, but there were too many chickens for too few kennels. My security net was also broken because it had recently been taken over. bitten by a rat.”

With the help of dry dog ​​food, Jackson managed to lure the birds into the back seat of his emergency vehicle. However, as can be seen in a video she posted herself, the animal rights activist realized too late that the sliding front between the front and rear seats was not closed but open. And the animals were suddenly distributed throughout the car.

In the passenger seat at Dunkin’ Donuts

Jackson’s attempts to scare the animals back only resulted in chickens being excited and pooping, according to his own statements. “For the sake of my vehicle, I decided they could ride in the passenger seat,” Jackson said. “We made a little detour to Dunkin’ Donuts for donut crumbs and coffee and then headed to the farm.”

The animals must remain there until the owner can be found.