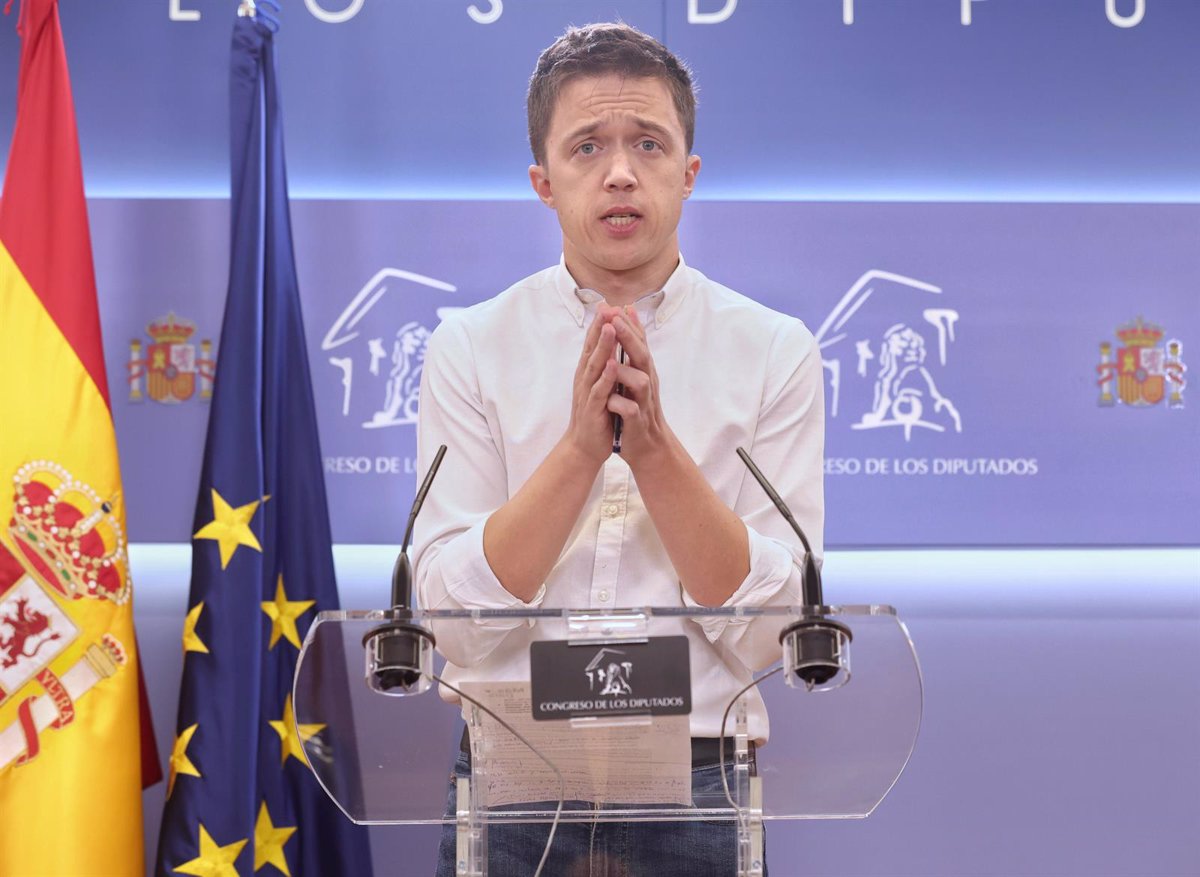 He points out that the last one to follow this path was Donald Trump, ending with the “attack on Capitol Hill.”

Más País leader Íñigo Errejón has warned the PP is on a “dangerous path” by questioning the transparency and “rules of the game” of electoral processes after he accused Prime Minister Pedro Sánchez of “institutional attack”. had accused “to Indra.

At a press conference in Congress, he expressed surprise at the connection between the PP and Indra’s situation with possible suspicions about future voting and election processes. And he recalled that the last one to walk this path was former President of the United States Donald Trump, ending with the “attack on Capitol Hill.”

“Spreading these rumors went very wrong and I don’t want it for Spain,” the deputy accused of making the PP ugly, that if he wants some kind of audit of the electoral processes, they request it but don’t question its implementation .

THE CGPJ EXAMPLES OF “INSTITUTIONAL DETERIORATION”

On the other hand, he pointed out that the deadlock on the renewal of the General Council of the Judiciary (CGPJ) exemplifies the “institutional decay” the country is going through.

In this case, he has accused the PP of “hijacking” this institution, which it does not renew because “it doesn’t feel like it”, causing an “unusual” and “damaging” situation for democracy”.

According to Errejón, the deadlock on making the changes in a CGPJ with an expired mandate has to do with the “anchoring” of the PP, which “like a capricious child” is trying to hold an appropriate majority on the governing body on Thursdays of the last legislature. That is why he has demanded that this institution, like the others whose members are in office, needs to be renewed.

- Advertisement -
Share
Facebook
Twitter
Pinterest
WhatsApp
Previous articleFeijóo warns the government that the “quitting” of the INE president is “bad news” for “Spain’s credibility”.
Next articleErdogan warns against accepting “empty words” ahead of his meetings with Sweden and Finland