Erdogan: Contacts with Putin and Zelensky are going in a positive direction 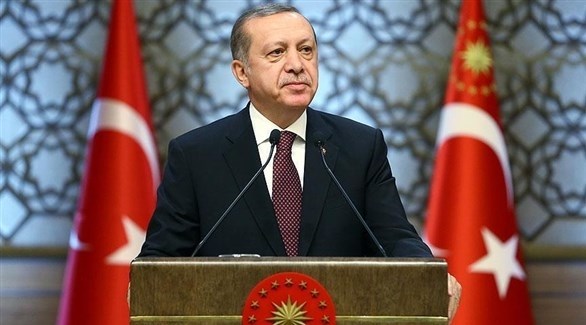 Turkish President Recep Tayyip Erdogan confirmed that the telephone contacts with his Russian counterparts, Vladimir Putin and the Ukrainian Volodymyr Zelensky, were going “in a positive direction”.

This came at a press conference, on Monday, after the government meeting at the Presidential Complex in the capital Ankara, according to Turkey’s Anadolu Agency.

He noted that Turkey is almost the only country that has made sincere efforts to resolve the current Ukraine-Russia crisis since 2014 through dialogue, reconciliation and understanding.

The Russian and Ukrainian delegations are scheduled to meet in Istanbul on Tuesday as part of the ongoing negotiations between the two sides.

It should be noted that Russia and Ukraine held rounds of talks in Belarus, but failed to make any progress.

It is striking that Russia demands the “disarmament” of Ukraine, and that it be a neutral country that does not enter NATO (NATO), in addition to the recognition by kyiv of Crimea as part of Russia and the People’s Republics of Luhansk and Donetsk as independent. state

However, foreign policy adviser to the Ukrainian president, Volodymyr Zelensky, said his country is open to discussing Russia’s demand that it adopt neutrality as long as it receives security guarantees, but that it will not cede “an inch” of its territory. .

On February 24, Russia launched a military operation in Ukraine, which was followed by angry international reactions and the imposition of “tough” economic and financial sanctions on Moscow.