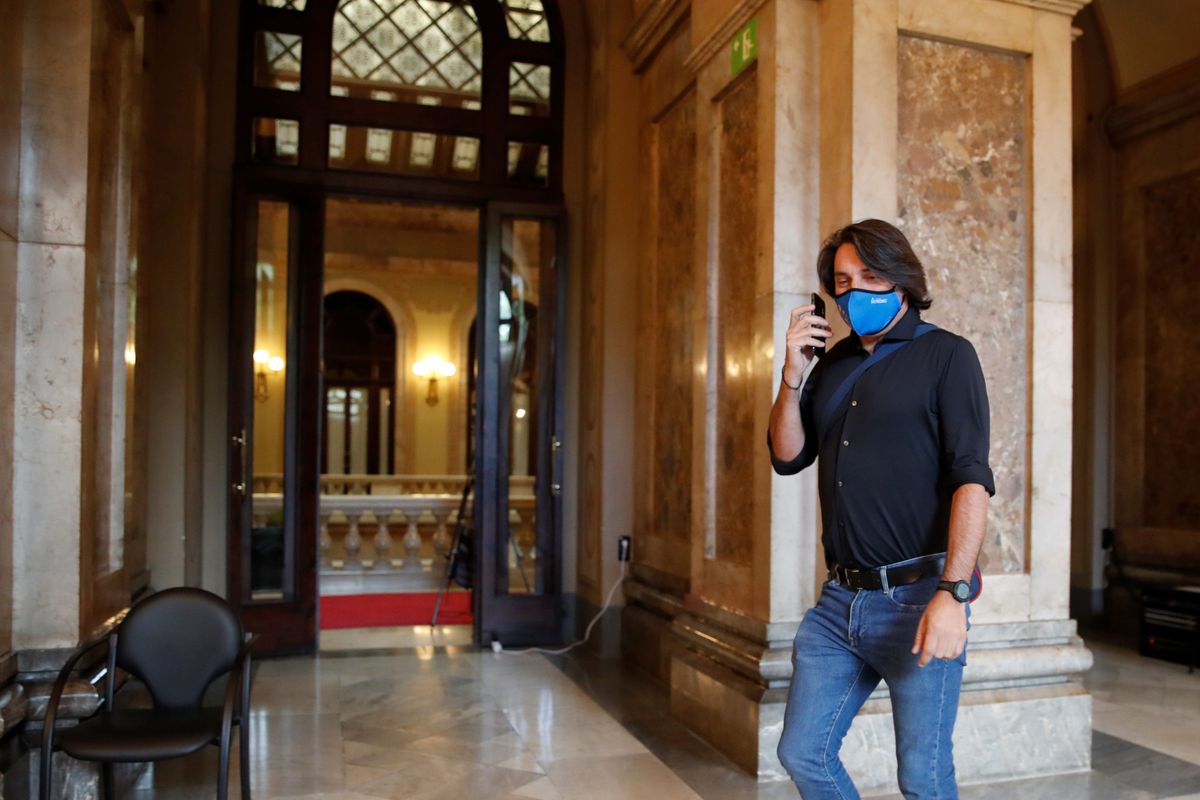 Esquerra Republicana asked Junts per Catalunya, its partner in government, on Wednesday that the “coercion and intimidation” of the party’s MP and Vice-President Francesc de Dalmases against a journalist from the program Frequently Asked Questions (FAQS), from TV 3, have “political consequences”. The Republican faction has officially petitioned the board to look into whether De Dalmases violated the code of conduct, but also feels it necessary to show “public exemplaryness” given the seriousness of the facts uncovered by the FAQS team and by unions, the regional television directorate itself and professional associations.

In a statement just broadcast during the lunch break of Parliament’s plenary session, they justify from the ERC that this step is being taken because “they find it unbearable,” as De Dalmases is doing, according to multiple voices of the TV-3 program a journalist to blame the way the interview was conducted. As both the regional television works council and the Catalan Audiovisual Media Corporation (CCMA) confirmed, Junts’ vice-president, also, “coerced” and “shy” the deputy director of FAQS by grabbing her arm and taking her to a room after an interview with Laura Borràs on July 9th and there to criticize the content of the interview in the presence of the Presidents of the Chamber itself. Republicans believe that at the very least, “the representative’s attitude” “at the very least” violated the House’s code of conduct.

The ERC decision comes a day after the Commons pointed out the same course of action in the De Dalmases case. The code of conduct states that when MEPs appear in public (it would not be presumed), “care must be taken with attitude, language used and dealings with information professionals”. When dealing with other MPs and citizens, the text refers to the obligation “to maintain respectful behavior at all times”. Republicans are betting like the common folk because the chamber table on the petition requests that the Congressman’s Statute Commission prepare a report of the facts and “evaluate the possible violations that may have been committed” by the Congressman. By the way, Borràs chairs this commission.

Those close to the Chamber President and Dalmases insist that the conversation was purely technical. The MP had already “apologized” via Twitter to anyone who might have felt offended “by” his attitude, but denied that the professional was intimidated in any case. The chairman of the chamber remains silent about what happened, even though he witnessed the events. Junts also doesn’t clarify whether the case might fit the assumptions of its anti-harassment protocol, which clearly refers to “any act or omission of violence against a woman’s body” or “humiliation, humiliation, demands for obedience or submission, verbal coercion.” relates, insult, isolation or other restriction of their liberty”.

PSC, Citizens and now Republicans will also be asking about the case next Friday when the Catalan Audiovisual Media Corporation Control Commission meets in Parliament, where De Dalmases is the very spokesman for Junts.