Erbil attack. The United States confirms support for its allies in the region against “Iranian threats” 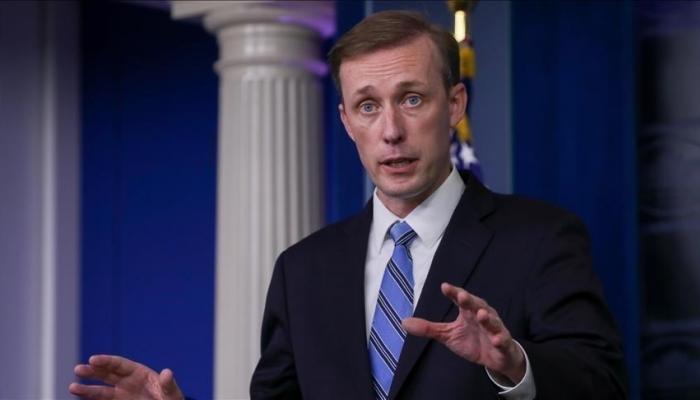 Jake Sullivan, a US national security adviser, said the United States on Sunday condemned an attack by Iran on the northern Iraqi city of Erbil.

He indicated that Washington would support Baghdad and governments throughout the region in the face of threats from Tehran, according to a White House statement.

“We will support the government of Iraq in holding Iran accountable and we will support our partners across the Middle East in confronting similar threats from Iran,” he added.

He noted that “the Iranian attack targeted a civilian residential area in Erbil without any justification.”

On Sunday, the Iranian Revolutionary Guards announced responsibility for an attack it said had targeted “one of Israel’s headquarters” in Erbil governorate.

The “Tasnim” news agency quoted a military source as saying that “Fateh 110 missiles launched by the guards towards the Erbil governorate in northern Iraq were launched from the northwestern region of Iran.”

The council added in a statement after a meeting chaired by Prime Minister Mustafa Al-Kazemi: “The attack is a violation of international laws and norms,” ​​noting that “Iraq had previously announced its refusal to violate its sovereignty and use their lands.” to settle accounts between countries and entities”.

He continued: “Iraq has requested, through diplomatic means, frank and clear explanations from the Iranian side, and is waiting for a position from the Iranian political leaders to reject the aggression,” stressing that it will continue to meet to study developments and discuss mechanisms. to protect the security and sovereignty of Iraq.

Kurdistan regional government officials denied the existence of any Israeli intelligence base in the region, emphasizing that “the headquarters that was attacked in Erbil is a civilian base and not an Israeli one.”

The Erbil attack drew Arab and international condemnation as they expressed their full solidarity with Iraq in the fight against terrorism.