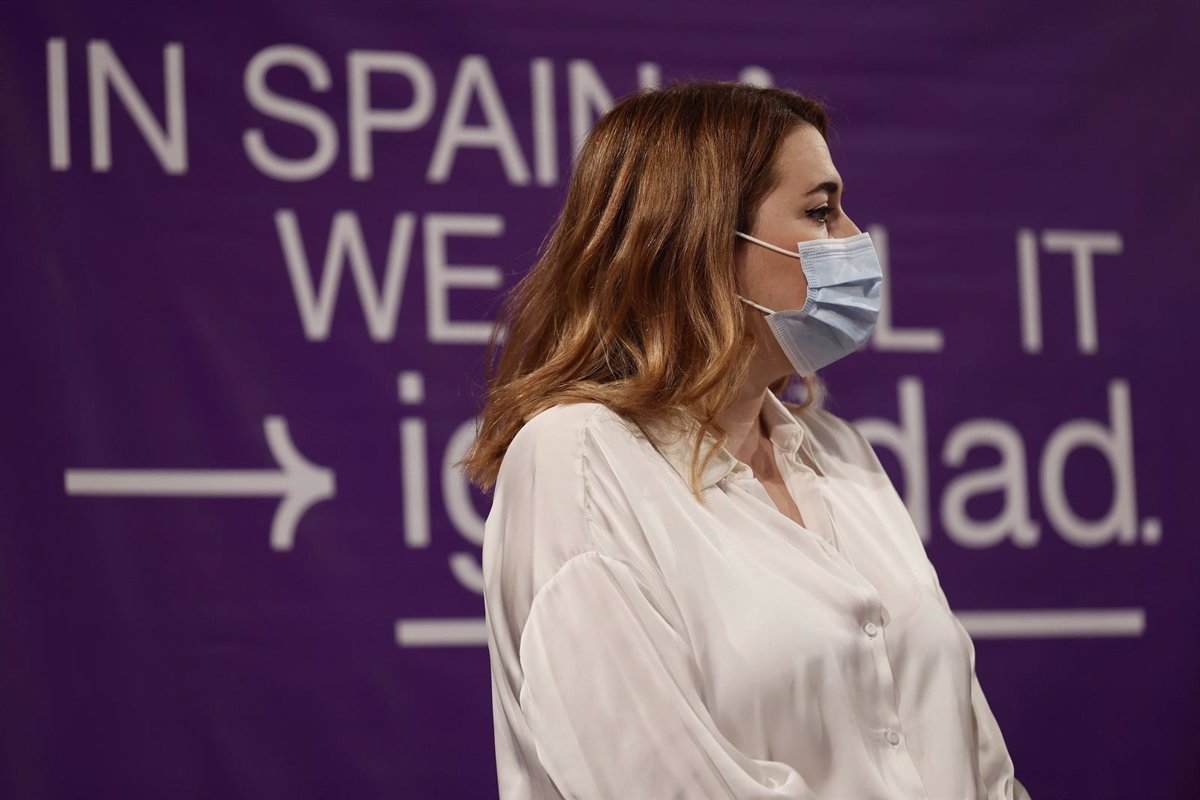 Secretary of State for Equality and Against Gender-Based Violence Ángela Rodríguez has expressed her hope that the Organic Law for the Comprehensive Guarantee of Sexual Freedom, known as the “Only Yes is Yes” Act, will be ratified by the U.S. Congressmen in an extraordinary plenary session at the end of August.

This was announced by the State Secretary for Equal Opportunities this Thursday during the opening of the “Social Forum Against Human Trafficking for the Purpose of Sexual Exploitation”.

“From the beginning we have said that human trafficking for the purpose of sexual exploitation, sexual exploitation and exploitation for prostitution are other forms of violence against women, so much so that they are part of the object and scope of the Sex Act Freedom, which in short before final ratification by Congress, hopefully in an extraordinary plenary session at the end of August,” said Ángela Rodríguez.

The law “Only yes is yes” could not be finally adopted in the Senate on July 19, despite forecasts by the Ministry of Equality, after an amendment pushed by Junts with the support of the PP, ERC, Citizens, Más Madrid and Canary Coalition, under other.

Senate lawyers eventually approved the approved amendment after investigating whether it had been voted in error, parliamentary sources confirmed to Europa Press. The doubts arose because the approved amendment only changes one letter in the entire text. The changes introduced force the text to be sent back to Congress.

The amendment introduced, which prevented the law from being finally adopted, is an addition to its preamble when it comes to “responding to the most covert sexual violence”. Specifically, according to the Senate amendment, Junts called for the targeted introduction of “female genital mutilation, the disclosure of cases of forced abortion and sterilization”.

As parliamentary sources pointed out to Europa Press, this is not a change of letter, but a change of concept aimed at clarifying that the adjective forced includes both sterilizations and abortions, which would clarify that it Abortion is not about covert violence of any kind, but only when it is forced.