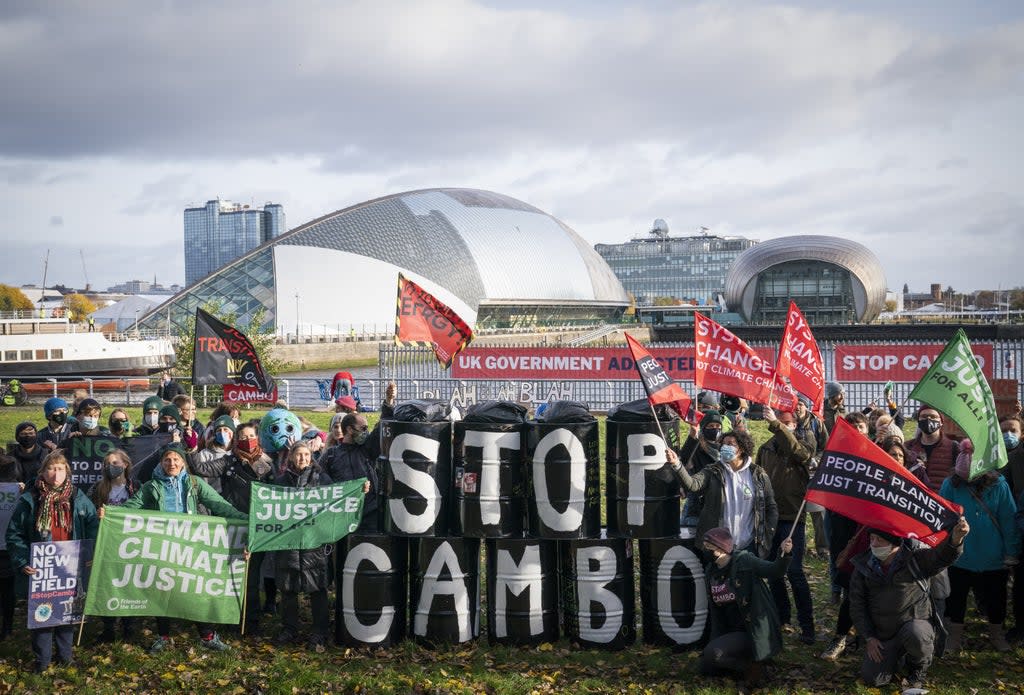 Exploiting the Cambo oil field will not address high energy bills, campaigners have warned amid reports that Shell is reconsidering its decision to pull out of the project.

Work on the proposed development off Shetland’s west coast was halted in December after the power company decided to withdraw from the scheme, concluding that the economic case for investment was “not strong enough”.

However, the price of oil has since risen to more than $100 (£76) a barrel, and fears about the future of Russian oil have sent prices soaring, and there have been calls to boost energy security. increasing drilling for oil and gas in the North Sea. .

Sources have told the BBC that although Shell’s official position remains the same, it acknowledged that “the economic, political and regulatory environment had changed enormously” in the three months since Shell announced it was withdrawing from the project.

The government must put its weight behind British renewables, a proper home insulation scheme and heat pump deployment.

Industry body Offshore Energies UK, formerly Oil and Gas UK, has previously said that blocking long-planned energy projects such as Cambo would risk leaving the UK at the mercy of global power shortages.

But Greenpeace warned that the proposed development would not tackle high bills or improve energy security and urged the government to support renewables, insulation and heat pumps to get the UK off oil and gas.

Shell’s decision to pull out came just weeks after the UK hosted the Cop26 UN climate summit in Glasgow, where countries pledged to try to limit global warming to 1.5°C to avoid worst impacts of a superheated planet.

The International Energy Agency has said that no new oil and gas exploration projects must be carried out if the world is to reach the 1.5C target.

In November, Scotland’s First Minister Nicola Sturgeon said the Cambo project should not go ahead, after months of pressure from opposition parties and activists for the Scottish government to make its position on Cambo clear.

And the Climate Change Advisory Committee has said high prices are driven by global markets and increased UK fossil fuel extraction would have virtually no impact on bills, urging efforts to reduce demand for oil and gas instead.

The case against the opening of Cambo remains stronger than ever

Philip Evans, Greenpeace UK oil and gas transition campaigner, said the Cambo project would produce heavy crude, for which the UK has very little refining capacity, and would “do nothing to deal with the high bills or strengthen energy security.

He said: “Shell was not interested in pursuing this project when it looked bad for them, but now they can make billions amid wartime price increases, they are interested again.

“Meanwhile, our bills are skyrocketing and offshore workers are stuck in a volatile industry.

“With the spring declaration and a new energy strategy looming, the government must support British renewables, a proper home insulation scheme and the deployment of heat pumps, or our energy policy will be disrupted by the whims of the fossil fuel giants for decades.”

Tessa Khan, of the environmental campaign group Uplift, told Good Morning Scotland: “It is obvious that Shell has seen an opportunity in rising oil prices to perhaps make a profit.

“But the reasons not to support Cambo: the fact that it won’t reduce energy bills in the UK, it won’t help us meet domestic energy demand because its oil will be exported to international markets, and of course the impact massive weather it will have. want.

“None of those things have changed. So the case against Cambo’s opening remains stronger than ever.”

Friends of the Earth energy campaigner Danny Gross said: “Developing the Cambo oil field would do nothing to reduce sky-high fuel bills.

“Given that 80% of the oil extracted in the UK is exported, it would not significantly improve our energy security either.”

“The energy crisis highlights the need to reduce our dependence on increasingly expensive oil and gas that are also ruining our climate,” he said, calling for cheap, local renewables and a national lockdown program.

Scottish Conservatives said Russia’s invasion of Ukraine had “further highlighted” the importance of not relying on imported oil and gas.

Recalling how the Prime Minister spoke out against the Cambo project, Conservative energy spokesman Liam Kerr said: “Nicola Sturgeon’s decision to abandon North Sea oil and gas has certainly shaken confidence in the sector. , so it was no surprise that Cambo stopped at that. negativity

“This SNP-Green coalition would turn off the taps in the North Sea tomorrow if they could.

“Scottish Conservatives repeatedly warned them and Labor of the ramifications for national energy security, and Putin’s appalling invasion of Ukraine has further highlighted the importance of not relying on foreign oil and gas imports. .

“His dogmatic refusal to change course seems more reckless every day, so Nicola Sturgeon must admit he was wrong and support Scottish oil and gas production, and the tens of thousands of skilled jobs it creates.”