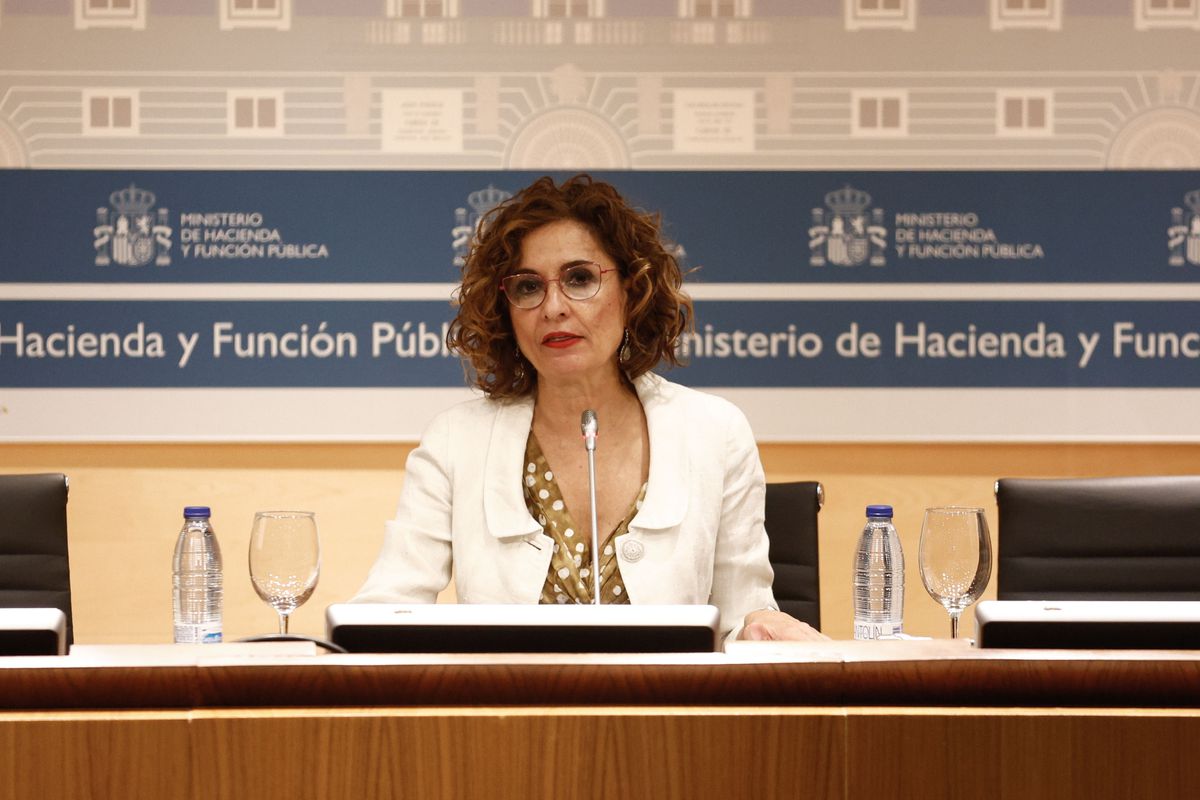 With the cards already revealed, the tide of criticism and warnings from energy companies and banks to the government is torrential. After the Treasury Department detailed the new tax on Thursday – banks pay 4.8% of their income in interest and commissions; the big energy companies, 1.2% of their combined income this year and next – both sectors have been through a storm. They believe there are loopholes to avoid paying them. And they open – more or less veiled depending on the case – a door to sue in court against tax figures they consider “arbitrary”. A path, the judicial one, which they have often taken in the past – especially with the electricity companies – and which, barring any surprises, they will also take this time.

On the energy side, Repsol CEO Josu Jon Imaz was the most assertive: “I firmly believe that we live in a safe jurisdiction. And I have no doubt that our constitutional framework, the Spanish legal system and European legislation will protect us from any possible arbitrariness,” he emphasized this Thursday at the analysts’ conference after the presentation of the oil company’s results. And he added: “We will do everything in our power to prevent any arbitrary measure from affecting our business.” a total of 7,000 million in two exercises.

José Manuel Entrecanales, President of Acciona and Acciona Energía, also spoke this Thursday: “They are very strong deterrents: investors tremble when the very people who have defended renewable energies and asked us to think long-term now realize that some fossils are ‘acceptable’ as transitional technologies [en referencia a la UE, que acaba de otorgar la etiqueta verde al gas y la nuclear] or regulatory changes and unexpected taxes impose. It is unfair to blame and penalize the companies that have contributed most to the energy paradigm shift.” Entrecanales has also denounced the “growing tendency to demonize profitability or regulatory issues every time an unexpected socio-economic event occurs to impose changes”.

In the banking sector, Bankinter CEO María Dolores Dancausa was blunt last Thursday: “It seems extremely unfair to us. If there are loopholes to avoid paying it [el impuesto], we will fight it,” he assured before knowing the details. A week later, his counterpart in Sabadell, César González-Bueno, and that of Banco Santander, José Antonio Álvarez, disclosed the risks of the tax and criticized the drifting of the executive in the fight against the price spiral: “Inflation is not fought with taxes ‘ Alvarez said. A point with which an authorized voice from the fossil sector also agrees: “The tax does nothing to solve this problem: it increases costs for companies and does not encourage price erosion. In addition, investments in the transition to renewable energy will be slowed down, which will really lower the price of energy.”

Several board members have assumed in recent weeks that the companies will appeal. Something that, on the other hand, is nothing new: both the energy and financial industries have the best armies of lawyers, many of whom are involved in similar cases against the state.

“There are no exceptional advantages”

The Electricity Employers’ Association (Aelec) released a statement late Thursday afternoon noting that the extraordinary tax is not justified by the existence of exceptional benefits: “These companies are not receiving these benefits as a result of the package of measures approved so far [la minoración de ingresos por ventas por encima de los 67 euros por megavatio hora y el tope al gas]“.

The association, which represents the interests of the electricity companies, is also accused of only being based on income and not taking costs into account. In fact, the benefits of the sector in Spain are “still lower than last year”. Along the same lines, both Repsol and Endesa have in recent hours denied the existence of wins from the sky. Answering questions from the newspaper, sources at Iberdrola – the electricity company that has had the most clashes with the executive in recent times – prefer to cite caution and refuse to comment on the tax change, at least for now.

For its part, the Spanish Association of Petroleum Products Operators (AOP) emphasizes that taxing the energy sector is not justified at this point in time: “Trying to tax these benefits today makes no sense: basing the new tax on short-term benefits would only make sense if then in the case of temporary losses, as was the case then, help would be provided [en 2020, durante la pandemia]’ he emphasized in a statement.

The bank trusts they can knock them down

The banking associations AEB and CECA have issued a joint statement in which they criticize the tax on the financial sector: “It is a measure that will not achieve its goal of fighting inflation and will also hamper economic recovery and job creation.” They also offer an outstretched hand to the dialogue with government and political groups in the processing of the bill: “It must be based on a reasonable consistency with the basic principles of our tax system such as equality, non-discrimination and economic efficiency.”

Here, industry employers point out some of the key points. Banks will try to avoid paying what they see as a “hidden tax”. They call it that because the government describes it on paper as a “pecuniary benefit of a non-fiscal public nature.” However, financial sources claim that there is no doubt: “If it croaks like a duck, walks like a duck, and acts like a duck, then it’s certainly a duck.” And in this case it is obvious that it is a tax”.

The banking argument against the new tax can be summed up in four points. The first, in his opinion, is the discriminatory nature of the tax, which only taxes two sectors and only affects companies whose interest margin and net commissions exceed 800 million. The second revolves around the notion of non-fiscal wealth: the sources consulted agree that this figure was created for other purposes and it is now a question of justifying the place of this tax in it. In addition, they believe that this route was chosen in such a way that it is not clear that double taxation is involved. Regarding the executive’s reasoning that the banks will have additional income as a result of the interest rate hike, they explain that this is a normalization of monetary policy after years of zero or negative. And this effect remains in the accounts due to the current unfavorable economic environment.

Therefore, financial firms add arguments to fight in court to avoid payment, although they advocate studying them thoroughly first. The industry breathes confidence: they still have time, they say, and they believe they will manage to bring it down. “The way would be to challenge the advance, which has to be made in February. The administration will say it can’t go ahead and then we’ll have to ask the judge that it’s unconstitutional,” says a legal expert at a bank.

Sources from the electricity sector point out that none of the measures taken by the government to overcome the energy crisis have been used so far. The reason? “Given the circumstances and arriving in such a complex situation, there was no point in going to the courts. We didn’t want to add to the general confusion,” they insist. However, the dynamics have changed with this tax: “It is valid for two years and the consideration will probably be different.” In addition, they believe that since it is a matter of pecuniary benefit, litigation will be easier.