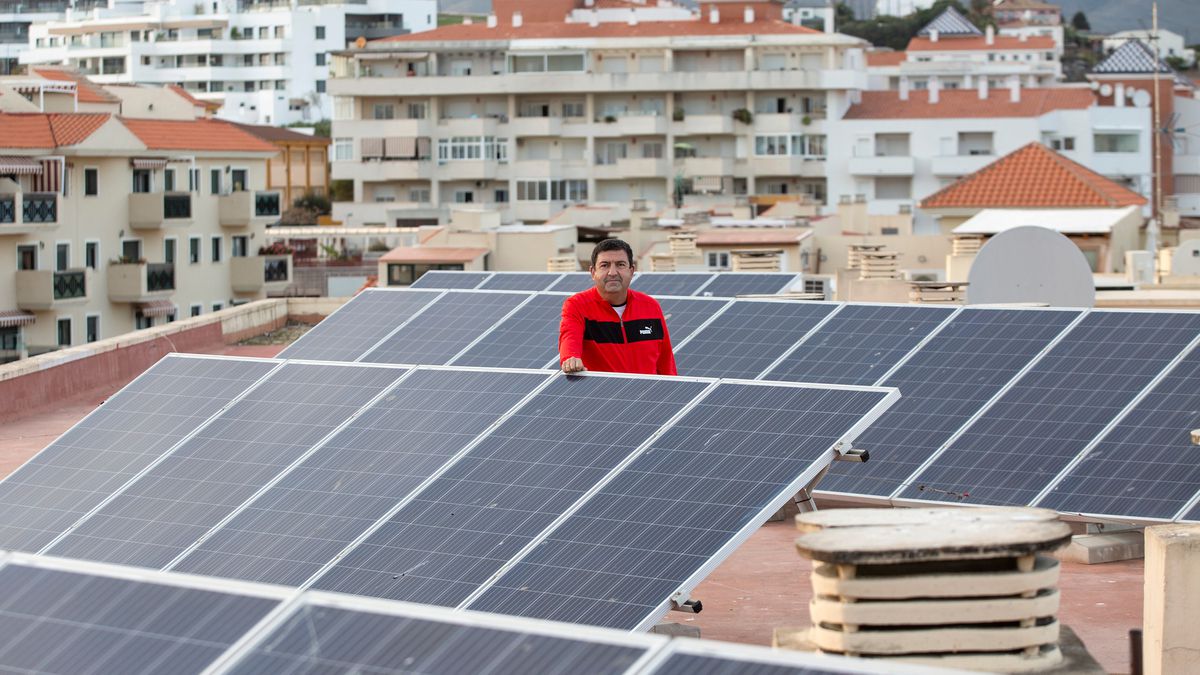 The European energy system is in an unprecedented crisis under the pressure of the war in Ukraine, the pandemic and climate change. Energy prices are experiencing sharp increases that show no sign of slowing down. In the second half of 2021, the average price of electricity (and gas) in the EU increased by more than 11% compared to the same period in 2020, they say Eurostat electricity price statistics. Later, the geopolitical crisis caused by Russia’s invasion of Ukraine last February led to the imposition of sanctions that put even more pressure on energy supplies. But new community ownership structures are propelling systems to produce cheap, clean, and safe energy by bringing power generation closer to those who consume it.

That European Green Deal Strategy to decarbonise the European Union’s energy production has been strengthened the REPower EU plan The aim is to reduce Russia’s dependence on fossil fuels. This combination accelerates ecological change. “In this respect, the crisis in Ukraine can be seen as a catalyst for the energy transition,” says Nicolien van der Grijp about the project NEW COMMUNICATIONS.

Clean energy communities respond to the global energy challenge from a local and regional perspective. These communities are groups of people who voluntarily pool their respective resources to produce energy together. The purpose of the NEWCOMERS project is to identify successful and sustainable business models in emerging clean energy communities. Van der Grijp, a senior researcher at the Department of Environmental Policy Analysis (EPA) at VU Amsterdam, points out that energy communities “help raise public awareness of energy issues and encourage people to get personally involved”.

Heating and air conditioning accounts for 30% of energy consumption in Europe. To meet these needs, around 60% of the EU’s energy needs are met by energy imports, and more than 66% of the EU’s energy imports in 2020 came from oil products, followed by gas and coal. Rather than importing fossil fuels from far away, the growth of renewable energy makes it possible to bring energy production closer to where the energy is consumed.

The main renewable energies produced in the energy communities are solar, wind and hydropower, although other energy sources and energy saving strategies such as hydrogen, geothermal or district heating are increasingly being tested and applied. Energy community members typically consume the electricity produced and also engage in other activities such as carpooling, community gardens and green roofs, depending on local conditions.

The NEWCOMERS project focuses on the policy frameworks that allow energy communities to thrive: how actors are organised, how technology is deployed and how business models work. It also analyzes the value that the energy community creates for its members and for society in general, as well as the impact that community membership has on energy-related behavior.

“In addition to helping solve the climate crisis, energy communities also add value from an economic and social perspective,” says Van der Grijp. “They can create local jobs and improve social cohesion.” In addition to the independence from environmentally harmful energy sources, the advantage of this approach is a noticeable social change.

The results of the NEWCOMERS research show large differences in the level of awareness of the population in the different European countries. According to Van der Grijp, this poses a challenge to designing policies and laws that are favorable to these communities in EU member states. It also complicates the support systems that support good business models and the services that help people build and run energy communities.

“We hope that the results will lead to some much-needed policy changes,” says Van der Grijp, who, among other similar projects, is involved in formulating a set of policy recommendations and drafting a Report for policy makers at European level.

Maria Rosaria Di Nucci coordinates the project EAT BEEF, which aims to facilitate the development of renewable energy communities (RECs) in nine EU countries and support the implementation of a regulatory framework for these communities. In order to achieve this, the project will initiate learning and exchange processes between the regions with an advanced development of the CERs and the regions with potential for expansion of these communities. Each country has a target region and a model region.

“The idea is to switch from an energy system based on large, centralized power plants to a model of decentralized energy production managed by citizens and based on renewable energy sources, which is still a socio-political and regulatory challenge in most European countries represents,” says Di Nucci.

The uniqueness of the COME RES project, which is also its operational arm, are the nine so-called “Tables of interested persons” (country desks). These round tables are informal dialogue forums between national project partners, municipal energy organisations, other important stakeholders and market participants in the target regions and beyond. These stakeholders host breakout sessions and policy roundtables with the aim of finding solutions to obstacles to community energy growth.

COME RES also contributes to policy formulation through policy labs, proposed action plans, policy recommendations and stakeholder dialogue. “If the energy transition is to continue to be local and democratic, important changes are needed,” says Di Nucci, referring to the simplification of financing, the reduction of bureaucratic hurdles and the reform of the project allocation model for renewable energies.

Most energy communities are set up as cooperatives, but they can also take the form of associations or foundations. Some have developed specific approaches for the inclusion of marginalized people and groups affected by fuel poverty.

Citizen participation is essential for successful energy communities. The project W4RES It aims to increase women’s participation in activities that support and accelerate the market penetration of renewable energy sources. When completed, it is said to have supported a total of 50 to 60 renewable heating and cooling projects and initiatives across eight countries.

“The initial idea of ​​the W4RES project is that women, as agents of change, can make a decisive contribution to the energy transition,” explains Loannis Konstas, coordinator of the project. Energy communities need to include more women in their organizational structure and lead by example.

“To be truly transformative, energy access and the energy sector must be linked to an agenda that challenges the stereotypes that weigh on women and that protect their rights, dignity and visibility as consumers, producers, investors, experts and… Agents promote change,” says Konstas.

Although renewable energy communities are a relatively recent innovation, they hold enormous potential. Its development will have a profound impact on the energy transition and the daily lives of European citizens.

The research described in this article was funded with EU funds. Article originally published in the horizonEuropean Union Research and Innovation Journal.