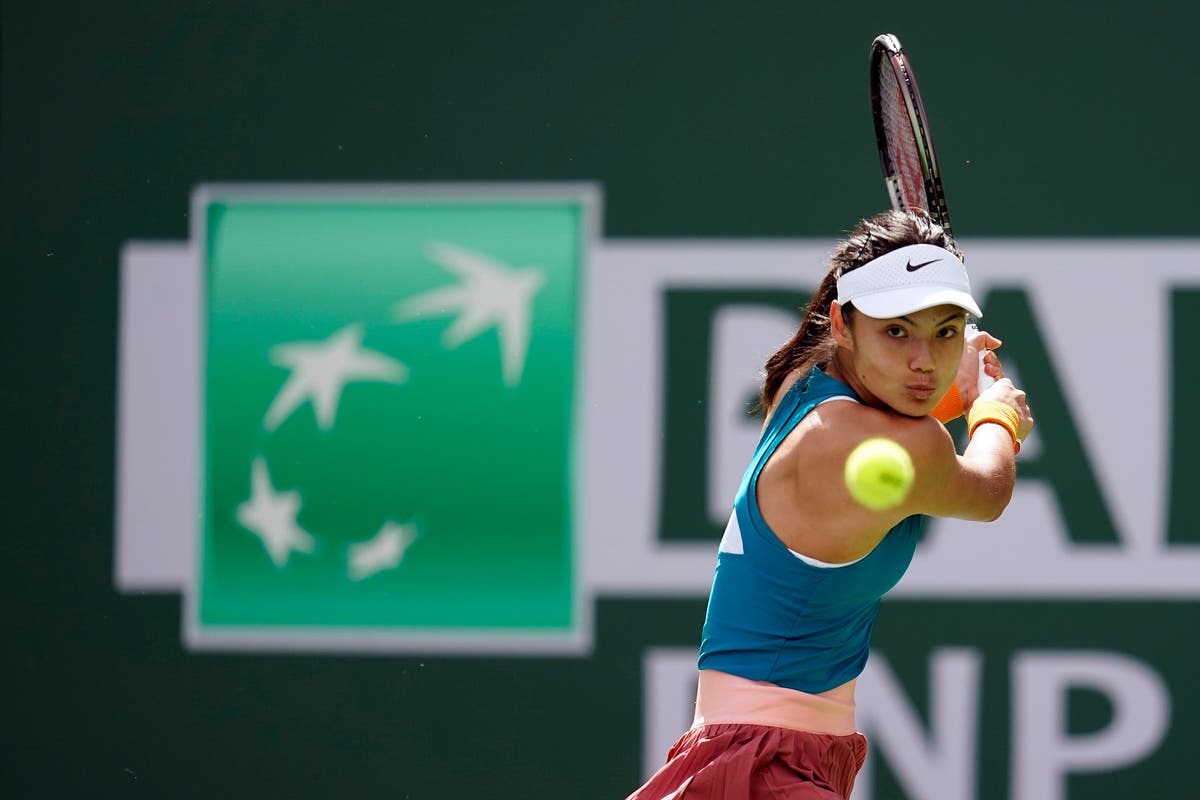 Emma Raducanu missed out on a place in the round of 16 at the BNP Paribas Open after losing in the final set to Croatia’s Petra Martic on Sunday.

The US Open champion served for the match in the decider but was unable to finish the job and withdrew from the Indian Wells tournament as Martic responded to win 6-7(3), 6-4, 7-5.

Great Britain’s Raducanu, the 11th seed, led 5-4 with a break, but Martic managed three straight games to prevail in two hours and 46 minutes.

The match had been eventful. World No. 79 Martic took the early lead with a break in the first set, but Raducanu quickly turned things around to lead 5-3.

She then had a chance to serve for the first set, but the 19-year-old had to break the tie to finally get ahead after Martic responded again.

The pair then traded breaks in the second set, but Martic equalized after saving a crucial break point en route to holding serve for 5-4.

Martic broke early in the third, but Raducanu then won five of the next seven games to move closer to victory.

However, there was to be a final twist and Martic, a quarter-finalist four years ago, fell back before claiming victory.