Emma García and Pau Ribes, fourth in the preliminary round of the Free Mixed Duo of the World Championship 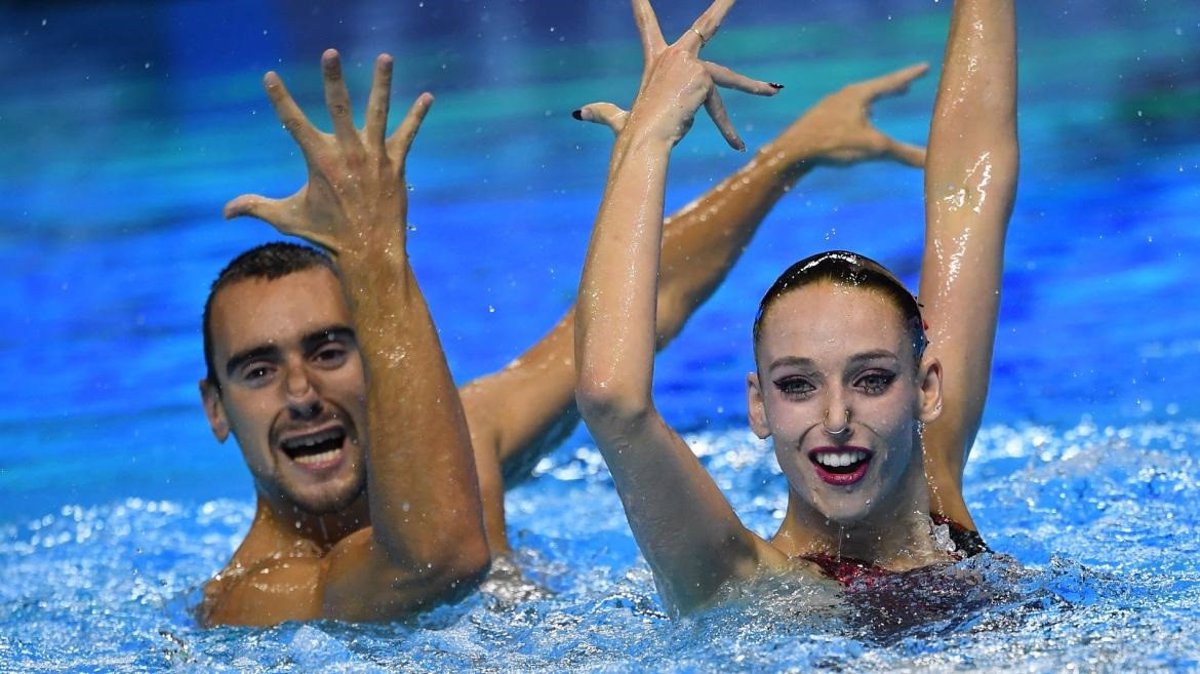 The Spanish duo, made up of Emma García and Pau Ribes, began their journey this Friday in the Budapest Swimming World Cup Mixed Duos in fourth place after qualifying in the preliminary round of the modality, now remaining more on the edge of the podium from 1 .8 points.

With a score of 86.1667, the Spanish pair completed the fourth-best routine of a preliminary round in which the Italian duo of veteran Giorgio Minisini and Lucrezia Ruggiero, who had already won gold in the technical mixed duo, once again took first place with 90,500 units . After a great round with great self-confidence and without any major failures, they are the top favorites for another gold medal in the final.

As in the Mixed Technical Duet, the podium was completed by the Japanese pair of Tomoka Sato and Yotaro Sato, second with 88.9000 points, and the Chinese Haoyu Shi and Yiyao Zhang, third in the preliminary round, with a score of 87.8333.

García and Ribes, again ahead of the United States in this preliminary round by 83.6000 points, have another opportunity to break the barrier of fourth place in a final after staying on the verge of medals in the preliminary mixed technical duo , test in which a mistake in the final figure blurred the entire routine and condemned the Spaniard to fourth place from the prizes.

In addition, Spain is in the free team final this afternoon (4:00 p.m.). Cristina Arambula, Abril Conesa, Berta Ferreras, Meritxell Mas, Alisa Ozhogina, Paula Ramírez, Iris Tió and Blanca Toledano, directed by Mayu Fujiki, completed a very remarkable preliminary round last Wednesday, reaching fourth place thanks to their 91.4333 points. Italy, who were better at the Tokyo Games, finished behind Spain and will be their direct rivals for that fourth place.