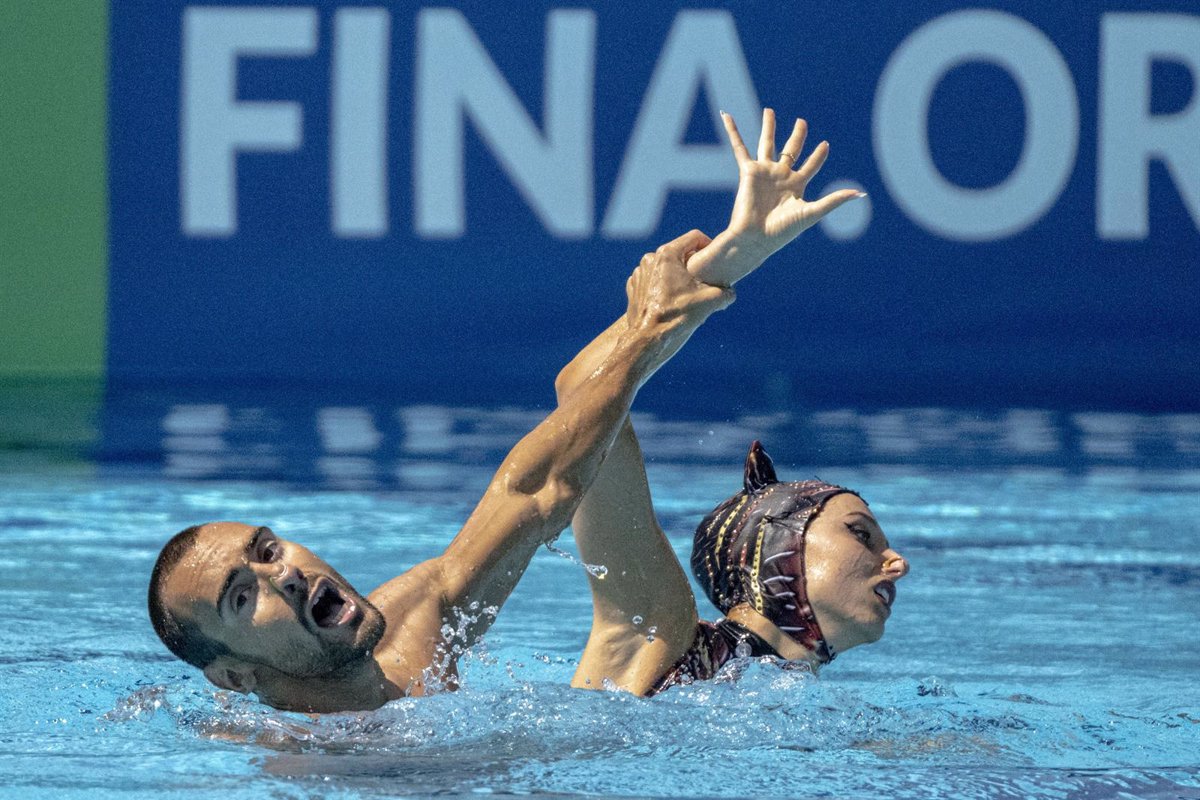 As in the preliminary round, the Spanish duo Emma García and Pau Ribes took fourth place in the final of the free mixed duo of the Budapest Swimming World Cup this Saturday and thus once again stayed away from the podium after moving in, the same position as in mixed Technical duo.

The Spanish pair attempted a complex comeback after finishing fourth in the preliminary round with 86.1667 points, and they didn’t budge from that position during a test won by the Italian duo, consisting of the experienced Giorgio Minisini and Lucrezia Ruggiero Gold in the Mixed Technical Duo with 90.9667 units.

With a score of 87.1333, García and Ribes finished their participation, but the positions of the preliminary round of the modality were identical to those of the final. As in the mixed technical duo, the Spaniards could not beat the Japanese pair of Tomoka Sato and Yotaro Sato, second with 89.7333 points, and the Chinese Haoyu Shi and Yiyao Zhang, third with 88.4000 points.

The United States was again behind Spain in fifth place with 85,2000 points. With that, the couple closes the World Championships in Budapest with a double fourth place and robbed of the coveted medal.

THE SWIMMING TEAM SAYS GOODBYE TO THE WORLD CHAMPIONSHIPS

On the swimming team side, the men’s 4×100 meter relay failed in the morning final and finished twelfth. Hugo González in the backstroke, Carles Coll in the breaststroke, Alberto Lozano in the butterfly and Sergio de Celis in the backstroke recorded a time of 3:36.10, more than two seconds behind Austria, the last ranked.

This ends the swimming team’s participation in the World Championships in Budapest, for the first time since 1998 in a championship without a Spanish final. The three semi-finalist spots are from Hugo González (11th in 100 backstroke, 12th in 200 IM and 13th in 200 backstroke).