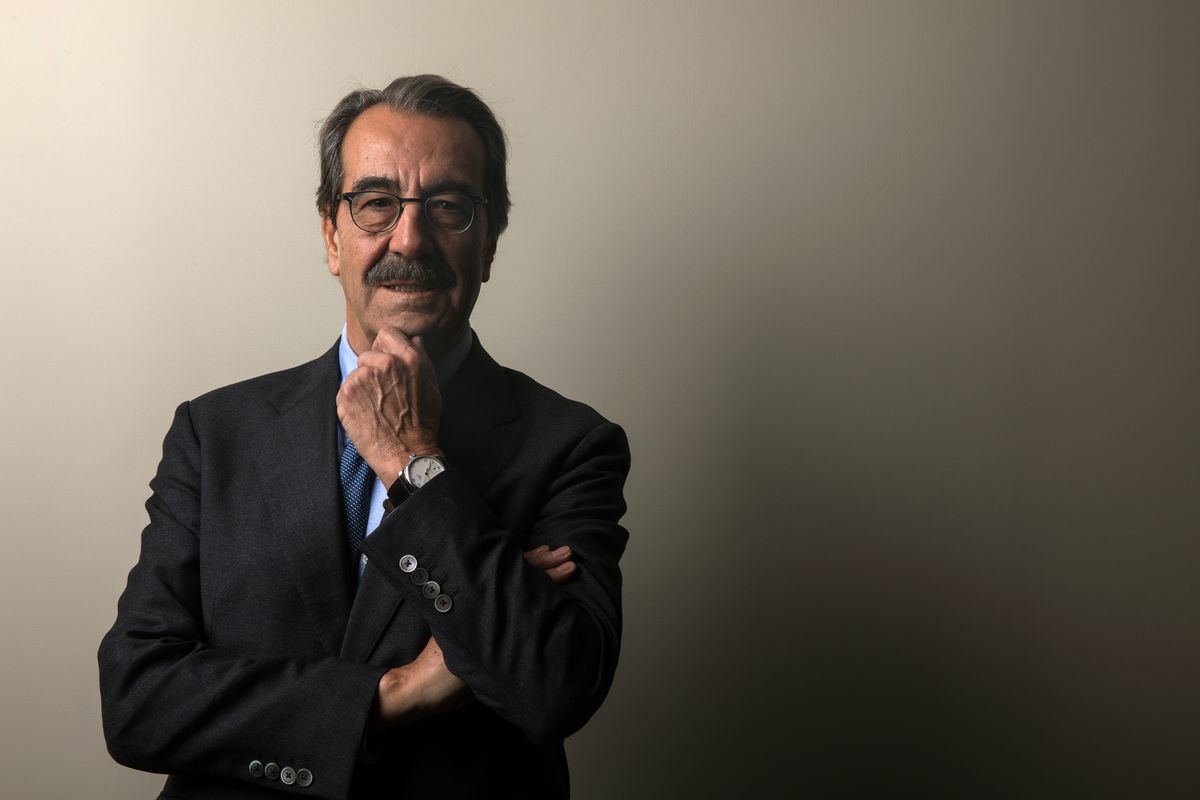 Emilio Ontiveros Baeza (Ciudad Real, 1948), the economist who helped so many to understand the dilemmas hidden in numbers, has just left us. He’s gone like the big ones. How he came and how he lived. With sobriety. With elegance. With a touch of irony under the thick mustache. The pain of an insidious cancer roars until the penultimate minute. He stole it – “standing, I work better standing” – when he ran out, for an article, a shot, some notes. Without giving up. Not hiding the pain but letting us believe he believed he would recover.

Many know him for his articles in EL PAIS, well connected from a Keynesian point of view, curious, open to new ideas and contrasts, to the life that flows. Or for his rigorous, precise and understandable interventions in the SER. And in other media. Ontiveros has always loved to teach, and the belief that he did so for many years on the editorial board of this newspaper is bursting with proof of simplicity of wit; freely available at the most inhospitable hours. And in other media and roles: as animator and director between 1983 and 2011 of Economists, the journal of the college of this profession in Madrid, in its most innovative, progressive and pluralistic phase. From the university (the Autonomous University of Madrid and others like Harvard as a visiting professor) where he was a professor of business administration. An unusual species, because before the academic adventure he worked in various industrial companies for seven years.

So he spoke not only about what he was investigating, but also with the knowledge of the cause of someone who has experienced it in traditional workdays. Certainly this connection between science and reality was the mortar that gave certainty (discreet), credibility (unmistakable) and urgency (liberal, respectful) to their analyzes and proposals. He was equally interested in the business world and contentious sectors such as tourism, as well as fiscal and macroeconomic policies; or the digital universe and the European economy and finance. In this field, in 1987, with inseparable colleagues, he founded the private consultancy Analistas Financieros Internacionales (AFI), a body that has become something of an institution thanks to its accumulation of knowledge and its ability to debate and mediate. In this capacity, he made his knowledge available to various administrations and numerous initiatives, such as the European think tank europeG. And for this he has received numerous awards and public recognitions, which he did not brag about. He preferred those of camaraderie and friendship. The one he donated, a hospitable, open-minded man from La Mancha, from his refuge in Rascafría, tasting oil, chatting on mountain trails, under the playfulness of dogs… and always, Montse.

Ontiveros has published, sometimes as a team, some substantial works: economy on the web; Without commission or concert: half a century of international monetary relations; or the last Excesses: Threats to Global Prosperity. And the gigantic guide to the Spanish financial system (consortium between Funcas and AFI). They are all characterized by descriptive quality, methodical order, systemic curiosity and a smack of the stoic attitude of Marcus Aurelius… We have already learned from Adam Smith that economics in its beginning – and in its end – a moral philosophy.

But their contributions, let’s say small ones, were also very useful for many. Those who urgently need to intervene in certain situations, suitable (for) and (who) require immediate public discussion: The Economic and Monetary Union in question; Past, present and future of savings banks; The rescue. Few with the synthetic authority of Emilio Ontiveros, his social-democratic passion and respect for liberal culture have created resounding phrases like “inequality is not profitable”; “Without the digital economy there is no progress” or “The welfare state is a necessary prerequisite for social cohesion and without cohesion there is no sustainable growth”. A respect. Also for change, for social changes that require a further development of attitudes. Between his four-hand book (with Francisco José Valero) on monetary union, balanced, critical within the (European) order and instructive about a certain sentimental Europeanism of the Spaniards and his article legacy for EL PAIS, crucial europe, May 29th, there is a lot of backlog: The one that supports a clearly federal vision and is full of hope. Many of them are recorded in this diary. Thank you Emilio You were tremendously, immensely lucky.