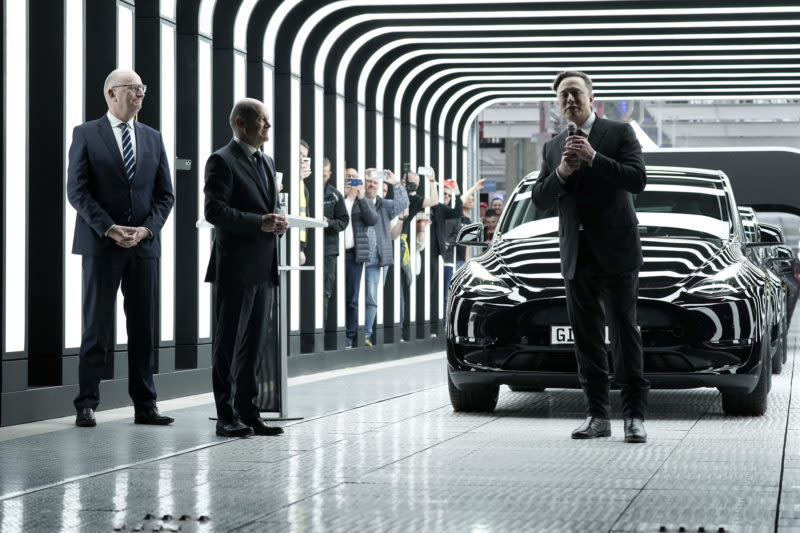 Two good years after the start of construction, the first European Tesla plant officially begins in Grünheide near Berlin. US CEO Elon Musk flew into his “Gigafactory” to deliver the first 30 German-made electric cars to customers on Tuesday. Brandenburg celebrates the billion dollar project with a future 12,000 employees and a target of 500,000 cars per year as a signal to all of East Germany. Federal Chancellor Olaf Scholz (SPD) and Economy Minister Robert Habeck (Greens) also support the agreement.

Environmentalists, for their part, continue to protest, mainly out of concern for the region’s drinking water supply. Concerns and objections in the process were ignored and “rights perverted”, said the Grünheide citizens’ initiative. Tesla’s electric cars are “anything but environmentally friendly.”

Entrepreneur Musk announced the €1 billion investment near Berlin in November 2019 and began construction in February 2020. Musk initially relied on early approvals from the state of Brandenburg. Musk originally wanted to produce at Grünheide starting in mid-2021. The approval process took longer than planned, in part because Tesla only registered a battery factory afterwards. This is still under construction.

The final approval for the giant system – Tesla speaks of production units in a total area of ​​​​more than 227,000 square meters and investments in single-digit billions – came just two weeks ago, when the test operation was already underway. . Tesla tried to resolve the imposed conditions quickly. According to the company, more than 3,000 people already work at Grünheide and more employees are sought in dozens of divisions.

Green politician Habeck said: “Of course, this short period of factory construction may also be a requirement for Tesla’s pace in other areas.” He praised Musk’s approach as “a different bold corporate culture.” Brandenburg Prime Minister Dietmar Woidke (SPD) also welcomed the large-scale project. He sees a positive effect for all of East Germany, as he said in Deutschlandfunk. State Economy Minister Jörg Steinbach (SPD) was proud on RBB Inforadio that Brandenburg had “fooled everyone”. Both state politicians rejected environmental concerns.

Musk thanked the successful start of the factory in his own way, via Twitter:

He also did a little dance when the first car was delivered. She had previously announced it.

Tempo at Tesla should be a role model

The Model Y Performance, a mid-range car weighing around two tons with an official range of 514 kilometers, will initially be produced in Grünheide. The company specifies the starting price at 63,990 euros. The new big car factory puts German manufacturers under competitive pressure. However, they are also now focusing heavily on electric cars and have comparable models on offer.

The Federation of German Industries praised the rapid implementation of the project. “Tesla’s beat should serve as a model for investment projects in Germany,” BDI president Siegfried Russwurm told the German Press Agency. Intensive support from the state government greatly accelerated the process. German companies wanted similar backing for each approval process.

IG Metall also welcomed the launch of the Tesla factory. However, when it comes to working conditions, Tesla is lagging behind in a German national comparison, district manager Birgit Dietze said.