Elections in Athletic Bilbao: Barkala, Arechabaleta and Uriarte, three candidates for the throne of Ibaigane 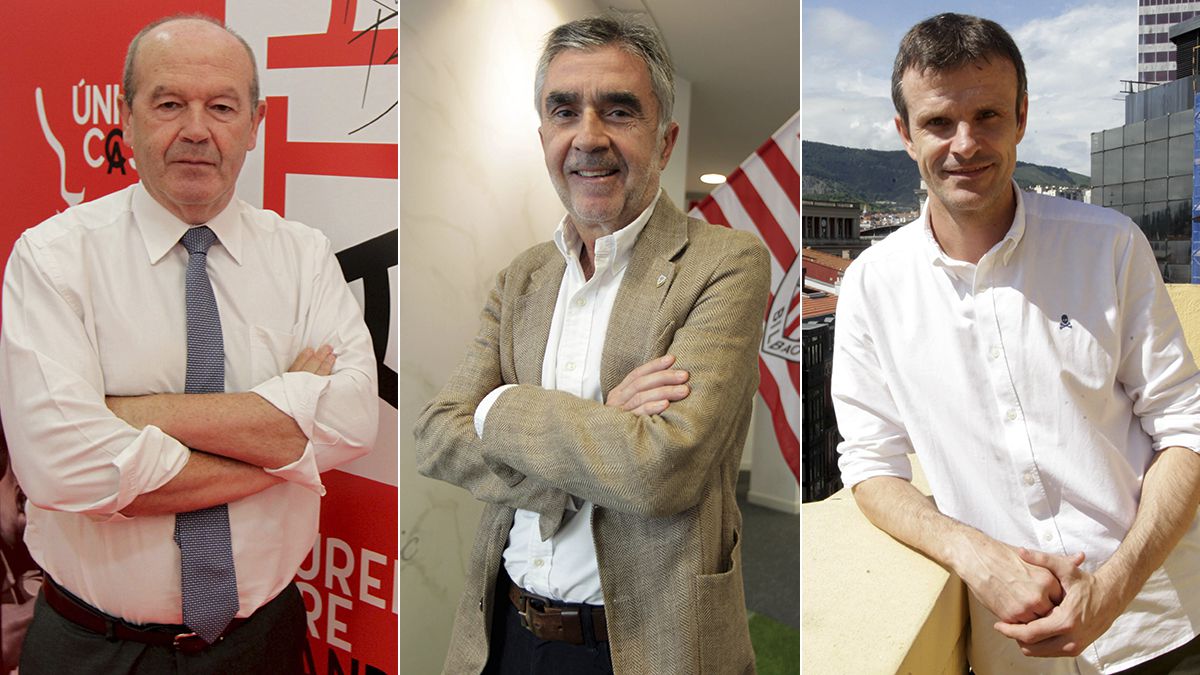 Three candidates are looking for the seat of the Ibaigane Palace, the seat of the Athletic Club, the former residence of the nationalist and influential Sota family, confiscated as the seat of the military government during the Franco regime and rebuilt by the red-white unit after years of neglect. There, between stucco ceilings, Venetian floors and red marble, Ricardo Barkala (Portugalete, 66 years old), Iñaki Arechabaleta (Bilbao, 63 years old) and Jon Uriarte (Bilbao, 43 years old) want to work. Only one can reach the chairman after Athletic’s members cast their votes in the ballot boxes on the San Mamés field.

“It’s a thoughtful decision, although it’s true that it disrupts your plans,” says Barkala. “It changes everything because athletic is passion. We gather a number of people who believe that football is at a crossroads and changing by leaps and bounds. We understood that we could develop a project that could benefit Athletic,” confirms the oldest candidate, also the one who previously chose to participate and who will leave the administration of the Port of Bilbao if he gets the consent of the partner receives.

Meanwhile, Arechabaleta, who belongs to the CEO of communications group Vocento, plans to retire if elected. And he is convinced: “I think we have brought together a great project with some big names like Bielsa, very professional, very fresh, without conditions.” He points out that “it is made up of people without any background within Athletic, because sometimes you are not free to make decisions. I believe that the sum of all these problems will lead us to win the elections.”

The youngest is Uriarte, a successful entrepreneur who is now linked to the real estate business after selling the ticket resale platform ticket until for 147 million euros. He also believes he will win “because Athletic needs a change, a transformation. We have very solid pillars, but certain negative energies, and if we don’t introduce these changes, we can run into problems,” he says. “The future of the club is in jeopardy. And the team around me are the ideal people to carry out this transformation process.” For many reasons. We are fully qualified through our professional careers in various fields because we are in an energetic age and conditions and because we are independent. We face ourselves, no one faces us, there is no one in the shadows. We are what you see.”

It’s going to be a titanic battle, that of the polls. Nobody dares to name a favourite, although Uriarte has received more recommendations. It’s difficult to compare the elections to previous ones, and the names of each candidate can be key. Arechabaleta goes for a walk with Bielsa: “He’s not the same as when he arrived in Europe,” says the candidate. “After all his experience at Athletic, in France and England, he’s matured, he’s a much better manager and he’s definitely in the top five in the world.” Arechabaleta says that his trainer “is very remarkable how he has reduced the training time, how he now makes it much more pleasant, but this evolution also takes place in humans.”

The other two candidates share Ernesto Valverde, another sure bet at Athletic: “We have long believed that he is the ideal coach for Athletic,” says Uriarte. “The connection to Ernesto was immediate and I’ve known him for a long time, even before the elections.” However, the announcement came too late. He did it at the same time as Barkala because the coach himself asked for it. “We said it now because now was the time,” admits the candidate: “I spoke to several technicians, six or seven, and one of them was Ernesto and we decided that he would do that looks at the project because it fits like a glove”.

In this project, the sporting director will be Ramón Planes, with a past in Barcelona, ​​​​​​​​Tottenham but also in Dimitri Pitermans Alavés. For Arechabaleta, that position will be filled by Óscar Perarnau, with 22 years’ experience at Espanyol, albeit with a low profile in front of the imposing figure of Bielsa. With Uriarte, the sporting director endured very little. Carlos Aviña, his candidate, had to fall because of a scandal on social networks.

Little was said about Lezama in the congregations; of the club economy, the essentials. The campaign got muddy at times, and by three o’clock there were no debates. Nobody knows who will win. It will be decided by the 40,257 voting members, although in the last election in 2018 only 19,060 voted, less than 50%.