Election campaign in India: dancing around the sacred cow – politics 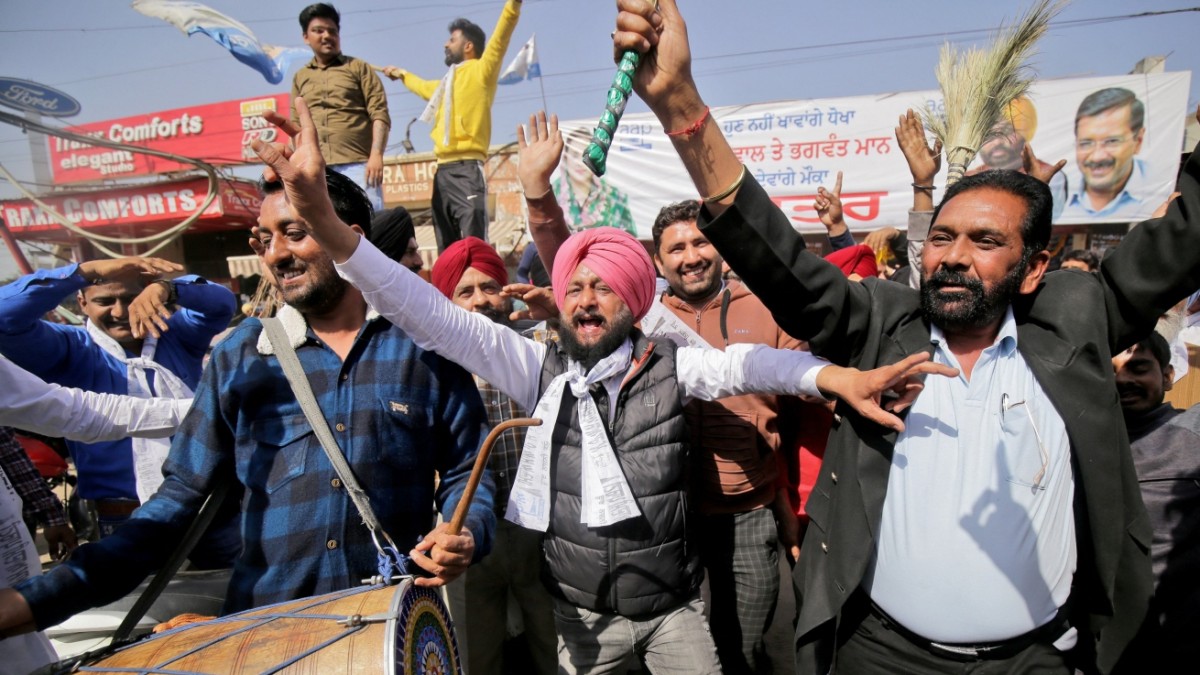 Of course, these elections were also about sacred cows. How could it be different in India? They have become a problem in the largest state of Uttar Pradesh with more than 200 million inhabitants, so they have also become a campaign issue. If the cows are too old to give milk, they used to be sold, slaughtered and exported. But the Bharatiya Janata Party (BJP), which is in power in Delhi and is also the chief minister in Uttar Pradesh, has been cracking down on the massacre since last year as part of its Hindu nationalist policies.

Since then, around 1.6 million stray cows have been causing accidents, destroying part of the meager harvest and even attacking people. Cows, which are sacred to Hindus but not Muslims, were not the only problem in the last election campaign, but a major one, along with the mismanagement of the pandemic in Delhi and the rude treatment of protesting farmers. The big question was whether the BJP of Prime Minister Narendra Modi and Yogi Adityanath, the prime minister in Uttar Pradesh, would be punished for their actions.

When the count began on Thursday in Uttar Pradesh, where elections had been held since February, it quickly became clear that Yogi Adityanath would remain in power. With a 56 percent turnout, more than 60 percent of the vote went to the BJP. The party won four of the five states that held elections. In the prosperous coastal state of Goa, it is before the National Congress that coalition negotiations will begin. In remote Manipur, a BJP-led coalition has the most votes and will continue to rule. Also in the mountainous state of Uttarakhand, the BJP won a majority ahead of the National Congress, which came in second, although much less than in Uttar Pradesh.

In Punjab alone, the relatively new Aam Admi Party (AAP) prevailed over the National Congress with an impressive majority. It won 111 of 117 seats. The AAP had campaigned emotionally with promises of change. He accused the government of the day of leading the Punjab to ruin, he attracted voters with the prospect of a drop in the cost of living, 1,000 rupees less per month, almost twelve euros. Better infrastructure and free generators were also promised. Promises as concrete as this are common in the Indian election campaign.

Anger against Modi subsided, but not everywhere

The failure of the BJP to win more votes in Punjab was ultimately due to peasant protests. Last year they set up their largest protest camp on the border with Delhi and are deeply resentful that Modi wanted to push through his agricultural reforms without discussing them with them.

But that doesn’t explain the success of the ruling party in the even more important agricultural state of Uttar Pradesh. For the first time in decades, a party in this state is re-elected. Usually, after each legislature, people are so disappointed that they vote for someone else next time. Last summer, farmers in Uttar Pradesh threatened to unite behind another party, no matter which one. But then Narendra Modi withdrew the controversial land reform and the anger subsided.

After the pandemic early last summer caused the Indian health system to collapse within a few days and people in Delhi suffocated in front of overcrowded hospitals. IndiaToday a poll in August 2021: only 24 percent of the population believed that Modi was fit to continue leading the country, a deterioration of 40 percent. However, Yogi Adityanath was traveling in Uttar Pradesh at the same time, he could be seen and heard everywhere, promising help and often delivering it. And Adityanath is not only a highly visible and accessible politician, he is also a Hindu priest.

In 2021, the BJP drafted a law on a two-child policy that is clearly aimed at Muslims in the country, who tend to have more offspring. In doing so, the party fueled fears among the Hindu majority that they might soon become a minority. In addition, the BJP’s radical volunteer organization, Rashtriya Swayamsevak Sangh (RSS), invested in a door-to-door campaign. When it comes to the intensive processing of individual population groups by the RSS, there is talk in India of the “electoral machine” of the BJP.

The RSS was also the driving force behind the construction of the Ayodhya Hindu Temple in Uttar Pradesh. With the support of Chief Minister Yogi Adityanath, it is being built under high security on the ruins of a burned-out mosque. Anyone who visits the RSS hostel in Ayodhya has to listen to unsolicited tirades against family planning from other Muslims and causing trouble wherever they are mostly. There is also a barn on the large site, where the old cows stand in the shade and enjoy their last days with water and hay.