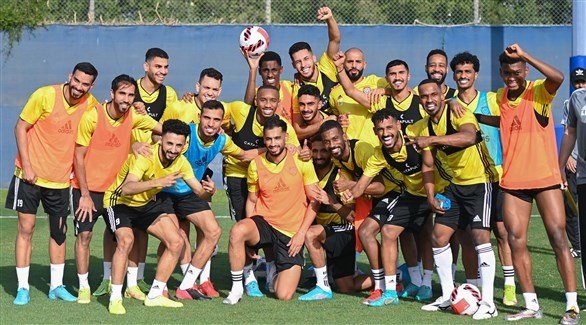 One week before the draw for the 2022 World Cup, the Saudi and Japanese teams are looking to catch up to the qualifiers for this World Cup scheduled in Qatar by snatching the two remaining direct qualifying tickets in the Asian qualifiers for the tournament.

The Saudi team will face the Chinese dragon tomorrow, Thursday, in the penultimate day of the Group B matches of the last day of the qualifiers.

The match will be played in a neutral stadium at the Sharjah Club Stadium in the United Arab Emirates.

Within the framework of the same group, the Japanese team will visit their Australian counterpart in a difficult confrontation, since the Australian team is still in the fight for one of the two qualifying cards in this group.

The Saudi team leads this group with 19 points, one point ahead of its Japanese counterpart, while the Australian team is third with 15 points.

The fight between these three teams was limited to the qualification cards as well as the third place, whose owner participates in the Asian play-off with the third-placed team from Group A, so that the winner qualifies for the international play-off. in a thrilling clash with the fifth-place finisher from the South American qualifiers.

On the other hand, Oman (eight points), China (five points) and Vietnam (three points) came out of contention for direct qualification as well as qualification for the Asian playoffs.

Both the Saudi and Japanese teams need to win away from home tomorrow to settle qualification regardless of the outcome of the remaining matches in this round, while any other result will leave qualification suspended until the final round scheduled for next Tuesday.

The Saudi team can qualify for the World Cup in Qatar if they repeat victory over their Chinese counterpart in these qualifiers, since the first match between them in this round of qualifiers ended with a victory for Al-Akhdar, although the 3-2 victory was achieved with difficulty.

However, the classification of the Saudi team can also be given in the event of a tie or defeat against the Chinese Dragon, although that depends on the result of the match scheduled for tomorrow between Japan and Australia, where the green will be enough for Australia not to win in his house.

On the other hand, the Japanese team will face a more difficult test because they need a win or a draw away from home in order not to postpone qualification to the last round.

Although the Japanese team beat Australia 2-1 in their first qualifying match, the Australian team’s chances are also good to remain in contention for direct World Cup qualification.

Winning alone will not be enough for the Australian team, but the team will also need to beat the Saudi team at home next Tuesday, and Japan will not beat Vietnam.

The ranks of the Saudi and Chinese teams look almost complete ahead of this highly anticipated match between them tomorrow, as the Saudi team recaptures the efforts of their famous player, Salman Al-Faraj, after missing the team in their previous two matches. against Oman and Japan through injury.

Only doubts revolve around the participation of striker Firas Al-Braikan due to the illness he recently suffered.

But the team’s problem may be the Chinese Dragon’s attempt to appear in the best possible light in the remaining two matches of the qualifiers to save face after the team failed to compete for one of the World Cup qualifying cards. World.

In the third match of the group, the Omani team will visit its Vietnamese counterpart in a confrontation that will not change the fate of the two teams in the group.

In the first group, from which Iran and South Korea decided the two direct qualification cards to the final regardless of the results of the matches of the last two days, third place is currently being disputed with the aim of qualifying for the Asian playoffs. .

The Iranian team leads the group with 22 points, two points ahead of its Korean counterpart, while the United Arab Emirates team (nine points) is third, ahead of Lebanon (six points), Iraq (five points) and Syria (two points).

The Syrian national team has been eliminated from the qualifiers, regardless of the results of its two remaining matches in the qualifiers, while a three-way Arab conflict between the Emirates, Lebanon and Iraq develops for third place, whose owner participates in the Asian supplement .

For this reason, the match between the Iraqi and Emirati teams tomorrow at the King Fahd International Stadium in the Saudi capital, Riyadh, arouses great interest, especially since winning it guarantees the qualification of the United Arab Emirates team to the Asian playoffs if the Lebanese team does not beat its Syrian counterpart. in another match tomorrow in the same round.

The first match between the UAE and Iraq teams last October saw the peak of emotion, as Caio Canedo put the UAE team ahead in the first half, but things got complicated in the last quarter of an hour of the match after Iraq equalized with friendly fire through a goal scored by Mohammed Al Attas, UAE defender Ayman Hussein put Iraq ahead in the penultimate minute before Ali Mabkhout equalized to the Emirates in extra time.

Therefore, the task of the Emirati Al-Abyad will not be easy tomorrow in Riyadh, although the Iraqi team needs to improve their attacking record than it was in the last eight games in this tie, since they have only scored four goals so far , compared to the 11 goals he conceded.

In the other match of this group, the Iranian team will be invited by its Korean counterpart, in a confrontation in which both teams compete for the leadership of the group, after securing direct qualification for the World Cup.