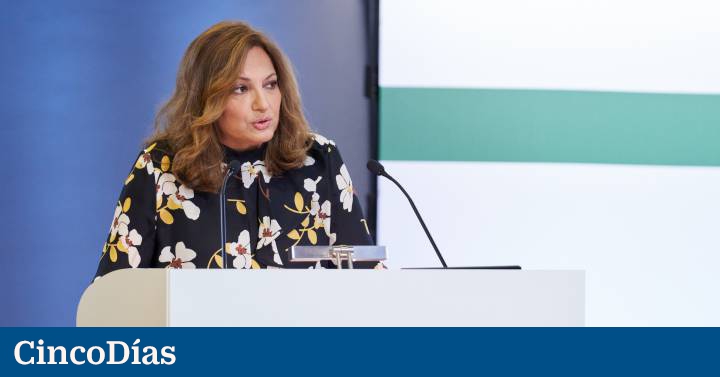 The English Court has seen the most shareholder movement in memory over the past few months. Between October and June it allied itself with Mutua Madrileña, so that the insurance company took over 8% of the capital; 6% of treasury shares written off to increase participation of shareholders already present; and this Tuesday announced the buyback of half the shares of Primefin, the Qatari investor that just happens to own 5.53% of the group and is heading towards its final exit.

El Corte Inglés, which is undergoing an in-depth review of its business, is also changing its capital structure with the fund’s IPO. A commitment to Mutua Madrileña, but not compulsory and with a five-year horizon. The appointment of Santiago Bau, an expert in this type of operations, as one of the group’s general directors does not sound accidental.

These changes in ownership match what the group is looking for: institutional partners, not opportunists, focused on long-term consistency and committed to the group’s growth. And by the way, that they open up mutual business opportunities. The Mutua case is paradigmatic, with the addition of the component of a large national company that sees a future in El Corte Inglés.

Which wasn’t always so clear with Primefin, the company under which Sheikh Al Thani previously controlled 11.07% of the group.

This began in 2015 with an injection of 1,000 million in the form of a participation loan, which was converted into shares after three years. A financial oxygen bottle at a time when El Corte Inglés was trying to find its way back to growth after suffering directly from the effects of the financial crisis: between 2007 and 2013 it lost 20% of its sales and 70% of its profits.

The loan became 10% of the group’s capital in 2018, and then Primefin had to choose: receive the interest on its loan in more shares or in cash. He chose the latter, showing a half-hearted commitment to El Corte Inglés’ future. He has also decided to leave the company’s board, where he could remain despite halving his stake.

The distribution group itself continued to perceive Primefin’s presence in the capital as a result of debt rather than a future obligation. Buying back that 5.53% and those coming from the other half that the Qatari investor still holds sends another message to the market about the financial lungs that Mutua’s entry and February refinancing will bring to El Corte Inglés : This year alone, two bond issues worth 1,200 million euros were redeemed and an ICO loan worth 390 million euros was repaid. All efforts were aimed at facilitating the small step and attaining the long-awaited investment grade, which in the eyes of the market would show that El Corte Inglés is, at least financially, ready for an IPO.

The balance of power, yes, does not change. Marta Álvarez remains at the center of attention: she is President of the Ramón Areces Foundation, the first shareholder with 40% of the capital; and IASA, a company he shares with his sister Cristina, is the second with a . Behind, the historical shareholders of the founding families: Ceslar, heirs of Luis Areces, with 9.6%; and Mancor with the descendants of the founder César Rodríguez with 8.04%. Then comes Mutua with 8% and Primefin with 5.53%. Future repurchase of the other half of its stake would take its own shares above 11%, a level more than sufficient to repeat operations like that of the mutual.

operation. The repurchase by El Corte Inglés of 5.53% of the shares of the group held by Primefin for an amount of 387 million euros had attracted the legal advice of Uría Menéndez on behalf of El Corte Inglés, as well as Linklaters and Baker McKenzie of Primefin -Side.

trusted advisors. The Qatari investor was advised by the same law firms in 2015 when he joined the group with a €1,000 million equity loan that later accounted for 10% of the department store group’s capital.