“Either Pogacar explodes or Vingegaard explodes, but one of them will explode” 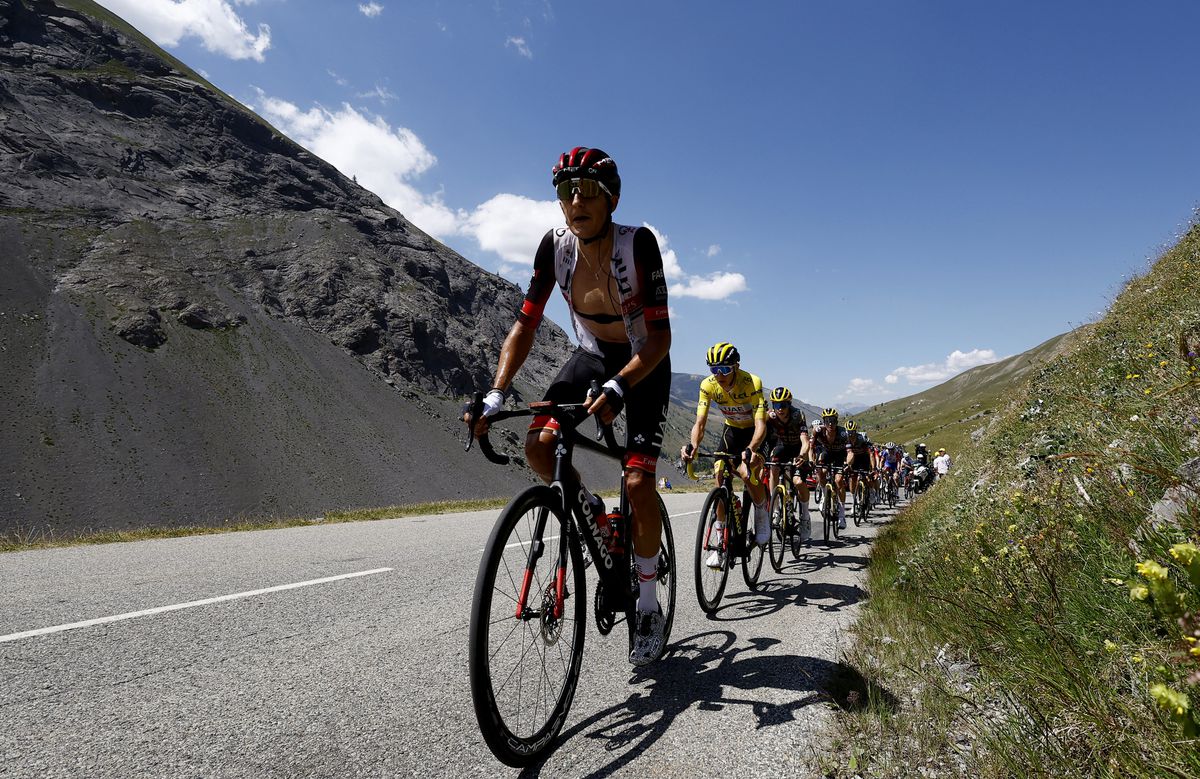 Poor Marc Soler, pity for the roadside fans, doomed to tread on this road without shade, a deadly furnace for man alone. Just like the Catalan cyclist, faithful outfitter by Tadej Pogacar, left to his fate and the broom wagon, on the same Ariège streets where, and not even the elders remember him unless they read it in an encyclopedia, in 1965 Federico Martín Bahamontes, in his beautiful jersey by Margnat Paloma He got off his bike, got on the sweeper truck without false pride, like one more, and said goodbye to the tour forever. Marc Soler is ill, he’s throwing up, the commentators report, the heat, the heat as the cameras focus on him, pale, dazed, in the consultation of the tour’s ambulance, Dr. Florence Pommerie clinging to his window. So they cross Tarascon, on the route of cycling pride, the sit-in by Pantani and company against the police who invade their world at the Tour of ’98, the Tour Festina. Marc Soler is not a Bahamontese. He doesn’t get on the broom wagon. It is punished with the cyclist’s viacrucis to get out of control with your head held high. He does it alone, like Houle 57m 6s before.

They announce clouds in the Pyrenees on Wednesday and a 10 degree drop in temperature which everyone, even Enric Mas, who loves and attacks the heat, will appreciate. It will no longer be Soler. One less for Pogacar, who might not need it given his concept of duel, extreme melee. With his Polish friend Rafal Majka, who drives and motivates him, it’s worth it. “Either Pogacar explodes or Vingegaard explodes, but one of the two explodes,” the UAE suggests. “It’s very difficult, but you have to try.” Taste the Péguère vermouth, the Great Pyrenees arrive, two mini-stages, high-intensity constant ups and downs of tourist circuits, without Father Tourmalet but with the Aubisque on Thursday, a 143-kilometer day, before the terrible Hautacam in which Indurain won the Tour of ’94 which had Riis laughing in ’96 and Indurain decided to give up cycling which eluded him.

The epic of the now, the now, the immediate reward for the effort, would not go to the Navarrese of calm, calm, hold, hold, such exuberant conquest. Not even Wednesday’s explosive stage, with its finish in James Bond territory, so much to Pogacar’s liking, with aperitifs in Aspin and Val Louron, where, always Indurain, in all the Pyrenees, in all the Tour regions, traces of him too find are step, the Navarrese cemented his first tour more than 30 years ago. It was him and the mad Chiappucci’s help against a whole generation that was saying goodbye, Fignon, LeMond, Perico, Roche. Now they’re the new ones, fighting each other hand in hand until only one survives. “I’m calm,” says the leader. “I’m recovering very well and I don’t feel like I’m getting any less. The tour is very easy. It’s just a matter of following Tadej when he attacks.”