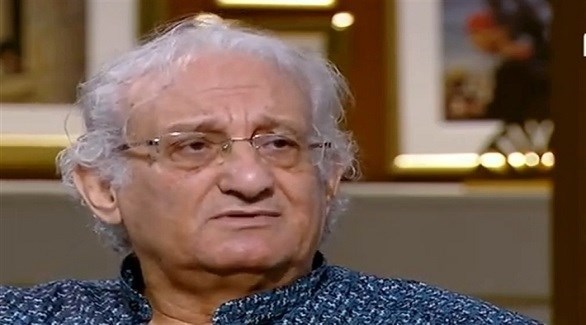 The Union of Acting Professions in Egypt said today, Friday, that the artist, Ahmed Halawa, has died at the age of 73, due to complications from his infection with the Corona virus.

Halawa was taken to hospital last month to be treated for the virus, but his health has deteriorated in the past two days.

Halawa was born in January 1949 and loved acting from childhood. The school theater was the first stepping stone to the world of art.

He studied engineering, but insisted on learning the arts academically, earning a bachelor’s degree from the Higher Institute of Dramatic Arts and a doctorate in Philosophy of Arts from Romania.

With acting, he excelled in theater directing, puppet design and movement, and sculpture, and founded the “Halawa Complex for Sciences and Arts” for applied arts such as glass painting, decoupage, embroidery, and mosaic.

He participated in films such as “The Torment of a Woman”, “The Demons of the City”, “The Strongest Men”, “The Children Run”, “Dawlat Security”, “Reaction”, “The Fourth Pyramid”, “A fish and a Sinara”, Bekia, The most dangerous man and My soul mate.

He was present in all recent Adel Imam series, “The Naji Atallah Band”, “Al-Arraf”, “Saheb Al-Saada”, “Professor and Head of Department” and “Afrait Adly Allam”.

Parallel to his artistic career, he took the path of academic teaching, working as a professor in the acting department at the Academy of Arts, and taught theater in the faculties of Specific Education. He also contributed to the founding of the theater department in Helwan. University and provided amateur acting lessons through his YouTube channel.

- Advertisement -
Share
Facebook
Twitter
Pinterest
WhatsApp
Previous articleA ministerial meeting on “Migrations”. A tribute to the African role of the King of Morocco
Next articleThe Russian army intends to focus on the “liberation” of Donbass in the future