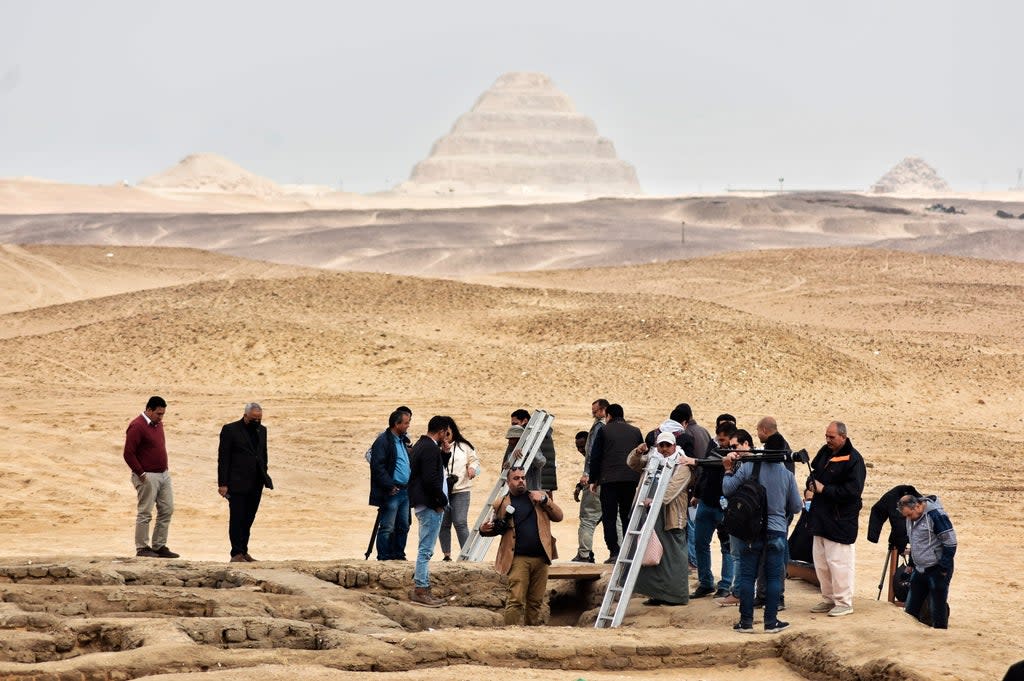 Egypt on Saturday put on display recently discovered and well-decorated ancient tombs in a pharaonic necropolis on the outskirts of the capital Cairo.

The five tombs, unearthed earlier this month, date back to the Old Kingdom (1570 BC and 1069 BC) and the First Intermediate Period which spanned more than a century after the collapse of the Old Kingdom, according to the Ministry. Tourism and Antiques.

Mostafa Waziri, secretary general of the Supreme Council of Antiquities, said Egyptian archaeologists began excavating the site in September. The tombs, he said, were for high officials, including regional rulers and palace overseers in ancient Egypt.

“All those five tombs are well painted, well decorated. The excavations did not stop. We are planning to continue our excavations. We think we can find more graves in this area,” he told reporters at the site.

The tombs were found near the Step Pyramid of Djoser, in the Saqqara necropolis, 24 kilometers (15 miles) southwest of Cairo.

Images shared on the ministry’s social media pages showed burial pits leading to the graves. Walls were seen decorated with hieroglyphic inscriptions and images of sacred animals and items from the afterlife used by the ancient Egyptians.

The Saqqara site is part of a sprawling necropolis in Egypt’s ancient capital, Memphis, which includes the famous Giza pyramids, as well as smaller pyramids at Abu Sir, Dahshur, and Abu Ruwaysh. The ruins of Memphis were designated a UNESCO World Heritage Site in the 1970s.

In recent years, Egypt has heavily promoted new archaeological finds to the international media and diplomats in hopes of attracting more tourists to the country.

The vital tourism sector, a major source of foreign exchange for Egypt, suffered years of political turmoil and violence that followed a 2011 uprising that toppled autocrat Hosni Mubarak.

The sector has recently started to recover from the coronavirus pandemic, but was hit again by the effects of the Russian invasion of Ukraine. Along with Russia, Ukraine is a major source of tourists visiting the Middle Eastern nation.