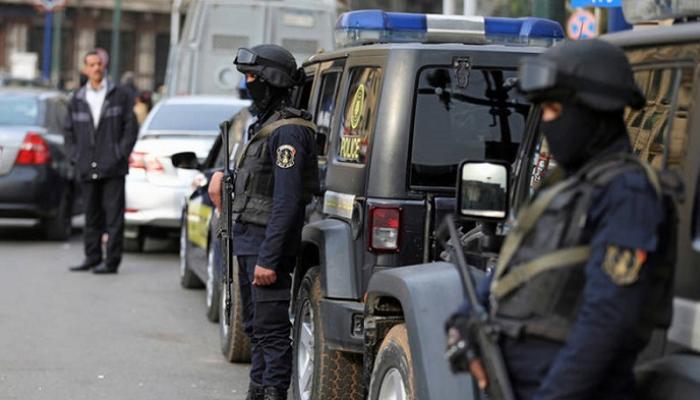 As usual, the Brotherhood in Egypt has, from time to time, spread rumors and lies about the existence of angry demonstrations, through its media platforms and social networking sites.

Lies denied by the Egyptian security services, and in two statements separated by a few days, the Ministry of the Interior denied what was promoted by the Brotherhood media about the presence of demonstrations in Cairo and Alexandria.

On Tuesday, the Ministry of the Interior issued a statement denying the validity of what was circulated on one of the satellite channels of the Terrorist Brotherhood, about the gathering of several townspeople from the Barajil area in Giza Governorate.

The security source confirmed that what is circulating in this regard is false, explained that the aforementioned video clip is old and was circulated last year, highlighting that it is part of the terrorist group’s attempts; Spread rumors and lies in the public opinion.

A few days ago, an Egyptian security source denied the authenticity of a video clip that circulated on several Brotherhood social media pages abroad, about rallies of protesters in the Alexandria Governorate.

The source confirmed that the video was previously circulated during the month of March 2019, and this is part of the illegal effort of the Brotherhood in Egypt to incite public opinion.

Mounir Adib, a researcher on the issues of Islamic movements and international terrorism, said in an interview with “Al-Ain News” that the Brotherhood is trying in various ways to return to the Egyptian political scene, trying to provoke and incite public opinion. publishing fake videos and photos of street demonstrations, but these attempts have failed due to the awareness of the Egyptians.

Adeeb added that the Brotherhood is trying to exploit the international political conflict and its repercussions on rising world prices for some vital commodities, to assert the existence of angry demonstrations against the state in an effort to push some to move in the street and bicycling. wave.

He pointed out that the electronic committees of the Brotherhood and its Facebook pages have become the weapon used by the organization to spread rumors that mainly target the social conscience and the political system, in order to create the chaos that usually forms in the literature of the group, a basic rule that gives it a foothold in the articulations of the state.

Since the fall of the Brotherhood government in Egypt in 2013, the terrorist organization’s attempts to sow chaos inside Egypt and take advantage of events to return the group expelled by order of the people to the political scene have not ceased, but they have always they fail. achieve its subversive objectives thanks to the vigilance of the security services and the awareness of the Egyptian people

The Brotherhood’s recent moves to spread rumors and lies coincide with conflicts hitting the top of the Brotherhood’s organizational hierarchy, dividing it between two rival fronts.

The terrorist Brotherhood is in a state of self-destruction, as a result of the conflict between the front of Mahmoud Hussein, the former Secretary General of the group, and the camp of Ibrahim Mounir, the acting Guide General and London resident, in a fierce battle fueled for money, positions and influence.