Egypt raises tariffs for the use of the national gas network. The full story 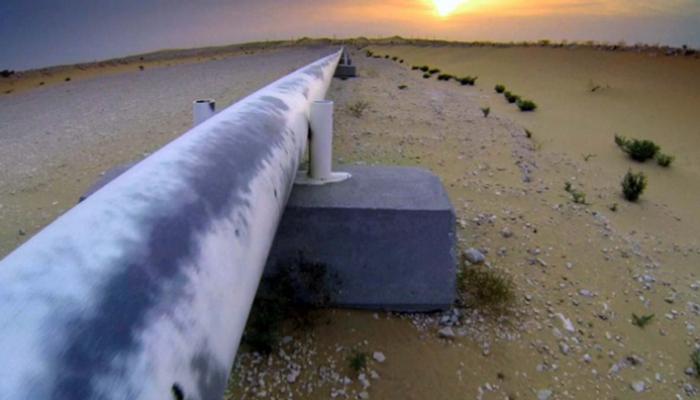 The Egyptian Gas Market Regulatory Authority increased fees for the use of the natural gas network for 2022 by 6.4%.

A document seen by Reuters on Thursday showed that Egypt raised tariffs for the use of the national gas network to $0.41 per million British thermal units. This increase will apply nationwide.

Egypt had raised natural gas prices for consumer-intensive industrial activities to $5.75 per million thermal units and $4.75 for other activities.

The Regulatory Authority for Gas Market Activities is an independent body established by Law No. (196/2017) with the aim of regulating the market for gas market activities.

The law works to help create the regulatory climate to encourage the attraction of investments in the gas market, which helps the availability of additional quantities of gas to the local market and allows qualified consumers to choose gas suppliers, while establishes regulations to allow the use of gas. networks and facilities in exchange for a fair use rate that is applied without discrimination and to ensure the achievement of free competition, as well as the regulation of emerging relationships between participants in the gas market and the establishment of technical and legal controls for the development of gas market activities.

The main most prominent functions performed by the agency in accordance with the new gas law are monitoring the performance of gas market participants and the rights and obligations of each of them, granting licenses, approving / approving codes for the use of networks and installations, establish the methodology for calculating the rate for the use of networks and installations, and attention to claims that may arise between Gas market agents.

Fees for licenses to carry out activities in the gas market

Last February, the agency’s board of directors, headed by Ing. Tarek El Molla, Minister of Petroleum and Mineral Resources, approved the license fee rates to carry out activities in the natural gas market for the year 2022.

Fees for licenses to carry out activities in the gas market are amounts paid by license applicants in exchange for allowing them to carry out one of the activities subject to regulation by the Authority within the limits of the state in which it exercises its sovereignty, or in return for the issuance of a certificate of validity of the license previously granted.

The Council’s approval also included the calculation methodology, which takes into account the quantities of gas circulating in the activity by the license applicant/licensee in millions of British thermal units.

The value of the issue of licenses or a certificate of validity of the existing license is paid in Egyptian Pounds, and in order to encumber each licensed entity with its financial burdens only without any increase or decrease, a settlement is made at the end of each year based on the actual amounts traded during the year.

In August 2020, the Gas Market Regulatory Authority decided to grant 10 companies licenses to work in gas distribution for a period of 10 years and to work as a gas supplier for a period of 5 years.

The Regulatory Authority for Gas Market Activities also issued a resolution to grant licenses to four companies to operate as gas distribution system operator for a period of 10 years and to supply gas for a period of 5 years, starting from January 1, 2019.

The Gas Regulatory Authority issued a decision authorizing the Egypt Natural Gas Company (GASCO) to operate as the operator of the gas transmission system for a period of 10 years, starting from January 1, 2019.