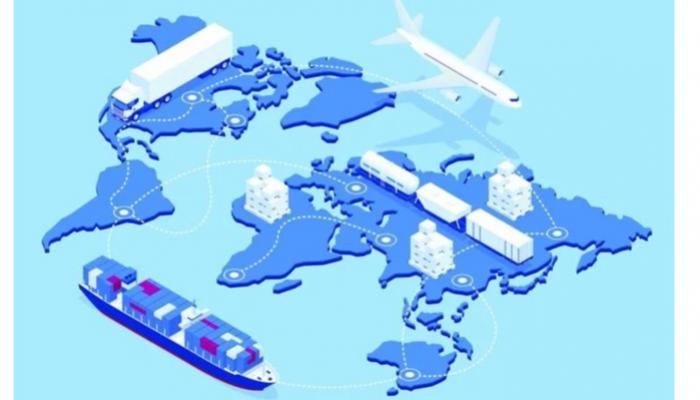 Next Friday, for two days, Egypt will host the “Creativity for Supply Chains and Logistics” conference for the third consecutive year.

The congress is organized with the participation of 100 companies and the assistance of more than 4,000 people and 500 speakers.

The first day is hypothetical.

The first day of the conference, which is titled “The Future of Supply Chains and Logistics”, will be held by default, and the second day will be held at the Greek Campus in central Cairo, according to a statement from the organizers on Sunday. .

This event is the first of its kind that brings together all stakeholders and specialists in the field of supply chains and logistics, whether they are entrepreneurs, industrialists, Egyptian and international experts, government agencies and international institutions.

The organizing company of the conference (iCarrier) wants to make this event a success, as the International Labor Organization has adopted the conference with several influential companies in the field.

The conference, in its third round, aims to cover the most important developments in the future of this field internationally and locally, especially after the Corona pandemic.

Hisham Al-Arki, one of the founders of the conference, confirmed today that the conference will provide in its new version information on the development in this field and the steps that must be taken to achieve success for start-ups and large companies, as which the German news agency reported.

Al-Arki revealed that an entire pavilion was set aside for startups to present ideas to investors and large business attendees, as well as clarifying the importance of digital transformation in the Egyptian market and the role and importance of localizing local industry, and work more on increasing Egyptian exports.

For his part, Akram Marwan, Chairman of the Board of Directors of the organizing company, said that the conference contains a number of educational hours of more than 120 hours, which is the largest in the world, and these hours contain content that presents all the challenges. bringing all the parties in the field together and trying to overcome these challenges.

The Russo-Ukrainian war has rattled global supply chains, which are still in chaos due to the pandemic, raising costs, lengthening delivery times and other challenges for companies trying to move goods around the world.

The new challenges come after more than two years of disruptions, delays and price hikes for beleaguered companies that use global supply chains to move products around the world.

And while the economic ramifications of the war and the sweeping sanctions on Russia are still unclear, many industries are preparing for the worst.