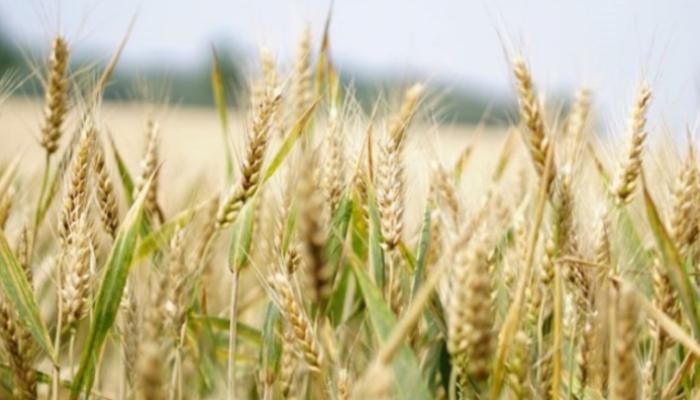 Egypt has taken several steps to meet its needs for wheat, the supply of which has been affected by the war in Ukraine.

An Egyptian Supply Ministry document released by traders showed farmers will have to sell at least 60% of their wheat to the government this season, or else risk losing financial support, amid government efforts to compensate for the disruption. in wheat imports from the Black Sea region.

The Egyptian government has taken several steps to protect wheat supplies since the Russian military operation in Ukraine, which largely halted shipments from Egypt’s main suppliers and prompted it to seek other exporters.

The new measures come at a time when the government is trying to boost local wheat cultivation and increase its reserves to offset the impact of the war between Russia and Ukraine on its wheat supplies. The two countries provide around 80% of Egyptian wheat imports, and together they account for more than a quarter of world wheat supplies.

The document said farmers must sell at least 12 ardabas (150 kilograms) of wheat per acre, which normally yields an average of 20 ardes, according to Reuters.

Farmers will receive between 865 and 885 pounds for an ardeb they supply to the state, an 8% increase on the price set in November, according to an Egyptian cabinet statement.

The rules also apply to any third parties who have purchased wheat from farmers before a decision is made.

Once the quota is reached, farmers must obtain permission from the government to sell the remaining wheat elsewhere.

Farmers who do not comply will be denied access to subsidized fertilizer in the summer, as well as any support from the Agricultural Bank of Egypt.

The rules also provide incentives for farmers who own parcels larger than 25 acres and sell 90% or more of their production to the government, including subsidized fertilizers.

No such rules have been applied to farmers in recent years.

The supply and agriculture ministries could not yet be reached for comment, and it was unclear whether the rules had received final approval.

For their part, farmers demanded that the government raise government supply prices to £1,000 per barrel in the face of high inflation and in order to meet production targets.

The government wants to buy more wheat from local farmers this season and intends to buy more than 6 million tons of local wheat. This represents an increase of more than 70% compared to the 3.5 million tonnes of wheat supplied last year.

Buying 6m tonnes at the new prices will cost the government about £35bn. This will be more than double what I spent on buying local wheat last season.

Egypt, the world’s largest wheat importer, relies on Russian and Ukrainian production for most of its wheat imports and, since the Ukraine war, has canceled two international tenders to buy wheat.

Egypt’s Supply Ministry said it aims to buy more than 6 million tonnes of wheat from the local harvest this season, a 66 percent increase over the amount of wheat bought a year earlier.

Officials said current wheat reserves and the local harvest are enough for eight months’ supplies of subsidized bread, which is available to about two-thirds of Egypt’s population.

The government has also increased the amount it will pay farmers for their wheat and has imposed a three-month ban on exports of wheat and flour, and a price is expected to be set for unsubsidized bread.

On Tuesday, Egyptian President Abdel Fattah El-Sisi held a ministerial meeting to discuss the provision of all basic food items, especially with the upcoming month of Ramadan.

The Egyptian president ordered to quickly determine the additional supply incentive for the price of local wheat ardeb for the current agricultural season and announce it as soon as possible.

A third of the world faces the specter of hunger

The United Nations has warned that the world’s poor, who produce a third of the world’s food, face the specter of hunger, due to the repercussions of the war in Ukraine.

The United Nations International Fund for Agricultural Development (IFAD) said Thursday that the war in Ukraine has already led to rising food prices and shortages of staple crops in parts of Central Asia, the Middle East and North Africa. .

The Russian military operation in Ukraine last month severely reduced the amount of shipments from the two countries, which account for around 25% of world wheat exports and 16% of world corn exports, leading to higher prices. in world markets.

The International Fund for Agricultural Development said this affects retail food prices in some of the world’s poorest countries, according to Reuters.

Rise in the price of wheat

From the beginning of the Russo-Ukrainian war until last Friday, March 11, wheat prices shot up by nearly 29.18%, exceeding 11 dollars per bushel, a figure that is more than double the price of wheat in the same period last year, when it ranged from $6 per bushel.

Even before the war, wheat was rising in parallel with other food products due to the supply chain crisis. The rate of increase in the price of wheat from the beginning of the year to last Friday is estimated at more than 35 %.

Wheat is expected to experience other significant increases given the tendency of many producing countries to ban exports in the face of war, in addition to greater repercussions that threaten production chains.

Although the United States has pledged to provide alternatives to Russian wheat through its abundant wheat production, many experts doubted whether American wheat would provide a viable alternative to its Russian counterpart.

“Even with excess wheat supplies available for export, high prices and shipping costs are unlikely to make US wheat an attractive alternative to Black Sea buyers,” said Jacqueline Holland, an analyst at Farm Futures, in a blog post.

Chicago wheat ended the week down 8.4%, the biggest drop since 2014, after hitting an all-time high on Tuesday amid fears the Ukraine war could lead to severe global grain shortages.

The Black Sea region accounts for a quarter of the world’s supply of wheat, a fifth of maize and most of sunflower oil.