Egypt discovers 5 ancient tombs with inscriptions. Images and details about the treasure of Saqqara

The work of an Egyptian archaeological mission resulted in the discovery of 5 tombs excavated in the Old Kingdom and First Transition periods.

On Thursday, the Minister of Tourism and Antiquities, Khaled El-Anany, inspected the excavations of the Egyptian archaeological mission working in the area northwest of the pyramid of the King “Marinara” in Saqqara.

The Minister was accompanied during the visit by Dr. Mustafa Waziri, Secretary General of the Supreme Council of Antiquities and head of the mission.

Al-Anani was eager to go down to one of these tombs, which was discovered with my minister, to inspect the inscriptions and archaeological finds found within, in order to encourage the work of the Supreme Council of Antiquities mission.

The Minister thanked the work team for the effort that this generation of archaeologists of unprecedented discoveries is making on a regular and regular basis with purely Egyptian hands. 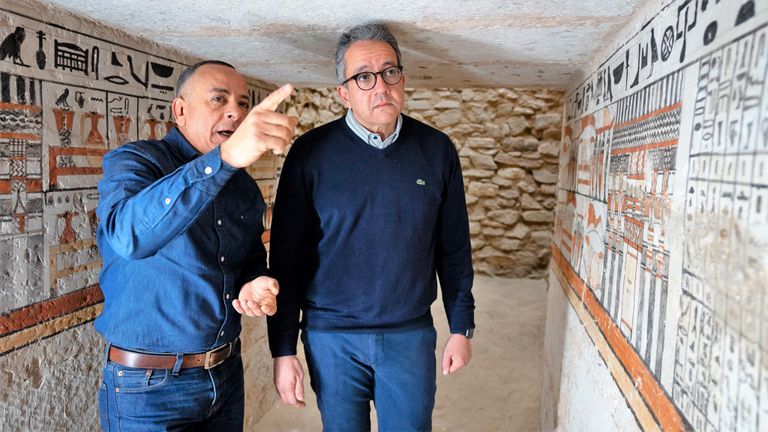 For his part, Waziri said that the first cemetery of the tombs discovered for a person named “Eri,” a high-ranking statesman, consists of a shaft that leads to a burial hall whose walls are carved with images of many funerary scenes, including scenes of offering tables, the façade of the palace and the seven oil jars, it contains an enormous limestone sarcophagus, as well as carved pieces belonging to the owner of the tomb, and the mission is now working on its assembly.

The Best Fitbit Smartwatch or Tracker to Buy in 2022

As for the second grave, it probably belongs to the wife of a person named “Yart”, because of its proximity to her grave. It consists of a rectangular well. 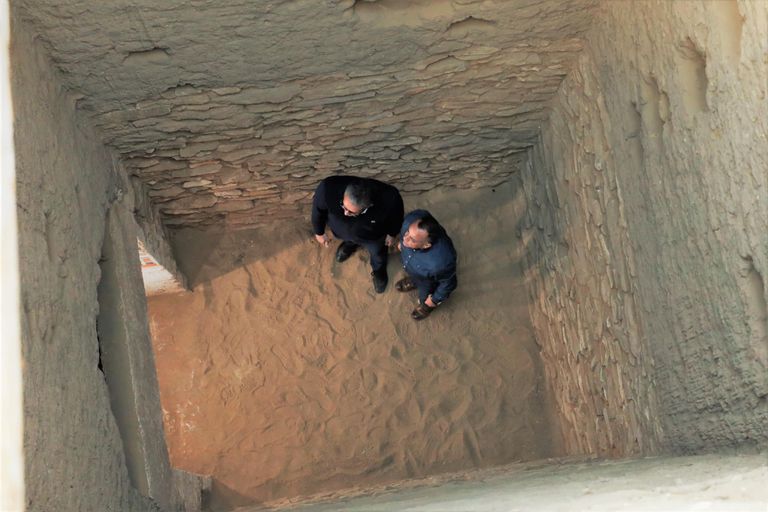 As for the third cemetery, it belongs to a person named “Bi Neferhafaye”, who held various positions, including the only Samir, the overseer of the great house, the chanting priest, and the house cleaner.

The fourth tomb is a rectangular pit located at a depth of about 6 meters below the surface of the ground for a woman named “Betty”, who held the decorated titles the sole king and priestess of the goddess Hathor.

As for the fifth cemetery, it is for a person called “Hannu” and consists of a rectangular well located at a depth of about 7 meters, among his titles is that of supervisor of the royal palace, the only emir, the crown prince and mayor, overseer of the Great House, bearer of the seals of Lower Egypt, and overseer of the orchard.

The mission continues to excavate the site to uncover more of its secrets, as the mission is currently working on cleaning these tombs and archaeological documentation is underway, according to a statement issued by the ministry.