Egypt commemorates the crime of “Evergifen” in an innovative way. Commemorative coins 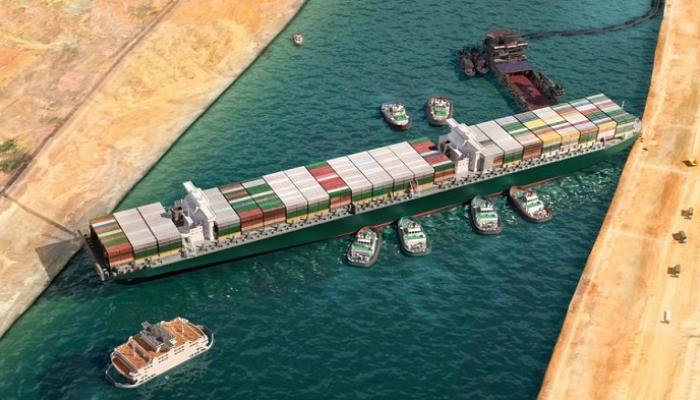 Today coincides with the mention of the Egyptian Suez Canal Authority’s floatation of the stranded Panamanian ship “Evergifen”, and Egypt celebrated this occasion in an innovative way.

The Council of Ministers, headed by Dr. Mostafa Madbouly, issued a decision to issue uncirculated commemorative silver coins to celebrate the first anniversary of the floating of the stranded ship Evergiveen.

The three coins will be issued in pure silver caliber 720, in denominations of one pound, five pounds and fifty pounds.

The “Evergifen” crisis in Egypt

Navigation in the Suez Canal was interrupted in both directions for a period of 6 days, starting on March 23, when the Ever Geffen, 400 meters long, 59 meters wide, and its total tonnage of 224 thousand tons, ran aground during a sandstorm and stopped in the width of the channel.

And “Evergifen”, one of the largest container ships in the world, was on a voyage from China to Rotterdam in the Netherlands.

During a television interview, the head of the Suez Canal Authority, Osama Rabie, said that Egypt will receive from the Japanese company that owns the ship, in addition to financial compensation, a marine tug with a tensile strength of 75 tons. “We have preserved our rights and maintained good relationships with our clients,” Rabie added.

The head of the Canal Authority indicated that the family of one of the Authority’s workers who died during the process of floating the vessel was also compensated.

540 million dollars and a locomotive

It should be noted that the Suez Canal Authority demanded compensation of 916 million dollars to cover the costs of the rescue work of the operation of the participating marine units, including tugboats, dredgers, marine shuttles, cranes, excavators, cranes and others. , in addition to the expenses of the salvage reward specified in accordance with the provisions of the Maritime Law and in attention to the value of the ship and the value of the merchandise that is carried in it, as well as the losses that the sinking represents of one of the vessels during the rescue work, which resulted in the death of one of the participants in the rescue operation and other material and moral damage to the reputation of the Suez Canal due to the suspension of navigation and the campaign to question your ability to resolve the crisis and the tendency of some customers to take alternative routes during the crisis.

The sources said that the agreement that has been concluded between the two warring parties since the Ever Geffen ship sank provides for a total compensation value of around $540 million.

The arrangement also includes the Suez Canal getting a modern locomotive and some other privileges that the sources did not disclose. 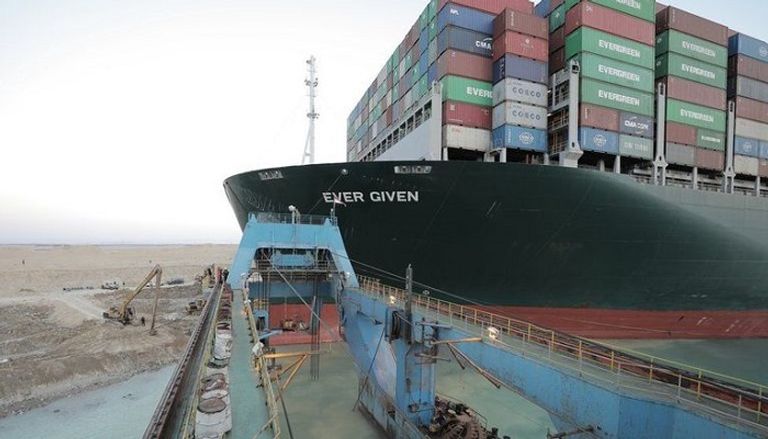 Egypt’s Suez Canal Authority said on Tuesday that it temporarily raised additional transit fees for various categories of ships, including loaded crude oil tankers and oil derivatives, to 15%, up from 5% in the past, to starting May 1.

The decision included the continued imposition of additional fees on empty tankers at a rate of 5% of normal transit fees.

The authority said in a series of circulars posted on its website that the amendments are “in line with the remarkable growth of world trade, the improvement of ship economies, the development of the course of navigation and the transit service of the Canal.” of Suez”.

It was decided to modify the additional fees imposed on carriers of LPG, carriers of chemicals and other liquid materials to 20% of normal transit fees, compared to the previous 10%.

The authority said it raised the additional fees imposed on bulk carriers to become 10% of normal transit fees, instead of 5%, while changing fees on “other ships” from 7% to 14%.

A statement from the authority added: “These additional fees are temporary and may be modified or canceled in accordance with changes in the shipping market.”