Egypt bans the export of 8 basic products… What is the reaction of the market? 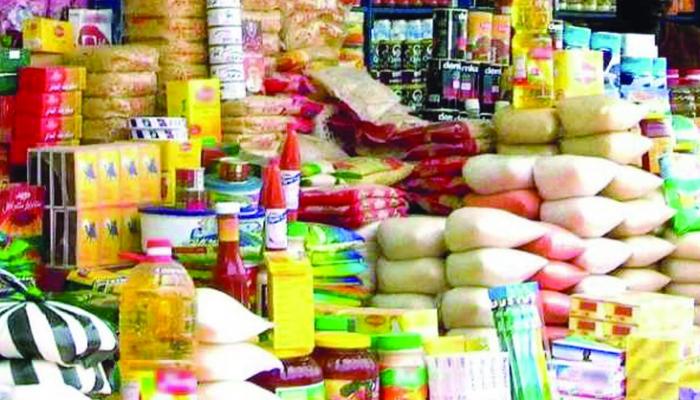 Egypt banned the export of 8 staples for a period of 3 months in a bid to support supplies amid global food market turmoil caused by the war in Ukraine.

The Russian war in Ukraine disrupted the world’s food supply and sent commodity prices skyrocketing, with Russia and Ukraine providing about a third of the world’s wheat supply.

The conflict has caused global wheat prices to rise by 48% over the past two weeks. In Egypt, the price of bread, which was no longer subsidized, rose by as much as 50% at the beginning of last week.

Dr. Mostafa Madbouly, the Prime Minister, said that the government is closely following current developments globally and the turmoil it is witnessing; Due to the Russo-Ukrainian crisis and its repercussions, which cast a shadow on several levels, especially the shortage of a number of products and the increase in prices throughout the world.

He pointed out that the government is intensifying work to continue providing a strategic reserve of basic products, especially wheat, noting that the economic funds required by the Ministry of Supply will be delivered to quickly pay the fees of the farmers who will supply the wheat harvest. during the next month of April, giving them the necessary incentives in this regard.

The government is set to spend an additional 15 billion pounds to cover wheat imports after promising to try to absorb the costs “as far as possible” and mitigate the inflationary impact on citizens.

He stressed that the State will not allow “some greedy merchants” to store and hide merchandise, and that this will be dealt with in accordance with the legal procedures followed. He confirmed that a meeting was held with company heads, owners of commercial chains and a series of suppliers and producers, around the “Welcome Ramadan” exhibitions.

The problem is not just with wheat, but the price of poultry feed – which is largely made from corn – has risen more than 15% since the war began, said Abdel Aziz El-Sayed, head of the poultry division of the Federation of Chambers of Commerce, pointing out that there is no reason for local maize prices to rise, Egypt has enough maize reserves for 7 months, and shipments that have not yet arrived have been restricted to previous prices.

Egypt imports about 75% of its maize needs, 30% of which comes from Ukraine. Prime Minister Mostafa Madbouly said last week that the government is working to secure at least 3-6 month reserves of all basic goods.

Abdel Moneim Khalil, Head of the Internal Trade Sector of the Ministry of Supply, said that the ministry is carrying out campaigns in stores and shops at a rate of 1,200 campaigns per day, according to local media.

Khalil added that the campaigns include not refraining from selling and the methods of trading goods and invoices, confiscating stores with stored goods from businesses that refrain from selling immediately, and launching campaigns against tourist bakeries and food merchants. ; Because many commodities have unjustifiably raised their prices, such as rice, despite being a local commodity.

Producers and exporters hoped that the decision to stop exporting would help stabilize prices and maintain a sufficient level of these basic products in the markets.

Mustafa Al-Najari, a member of the Agricultural Export Council, said that this decision will not contribute to reducing prices, but will maintain their stability and ensure that these basic products do not leave Egypt and reach the sufficiency limit.

Al-Najari added that Egypt produces small amounts of maize and imports the rest of its needs from abroad, but maize is seen as an effective strategic product as it enters the feed industry, which will affect meat prices and birds, if supply decreases

Egypt also exports small amounts of manufactured oils in the form of a packaged, wrapped, vegan finished product, according to Zakaria El Shafei, head of the Federation of Industries’ oils division.

He said that the decision to stop the export of oils would help stabilize prices in the markets.

According to the latest data from the Central Agency for Statistics and Public Mobilization, Egypt’s animal and vegetable fatty oil exports rose to $78.8 million during the first 8 months of last year, compared to $63.3 million during the same period in 2020.

Oil prices have seen a significant increase since the outbreak of the Russo-Ukrainian war, with the price rising by around £4,500 per tonne, to around £29,500 on the wholesale market, compared to £25,000 before the outbreak. from the war.

Egypt imports more than 87% of its oil consumption from abroad, with different stages of production, ranging from importing seeds, pressing and refining them, or importing and refining oils, or just the filling stage.

These companies produce edible oil, including mainly refining processes, in addition to some oilseed pressing processes.

Traders said the decision by the Ministry of Trade and Industry to stop the export of flour, pasta, beans, broad beans and lentils would lead to an abundance of these strategic commodities, increase stocks and prevent further price increases.