Egypt and Senegal.. Queiroz wins the most important bet (analysis) 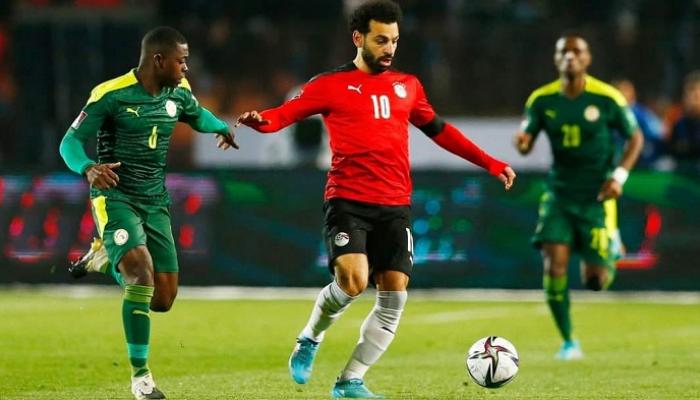 Egypt won the first round against its Senegalese counterpart, in the final round of the African qualifiers for the 2022 World Cup.

The “Pharaohs” prevailed with an unanswered goal, scored by Senegalese defender Aliou Cissé, an own goal after 4 minutes.

The Egyptian team managed to keep a clean sheet at the Cairo Stadium, to enhance their chances of qualifying for the World Cup before the second leg, next Tuesday in Dakar.

Senegal coach Aliou Cissé did not change the composition in which he contested the African Cup of Nations final, playing with the same starting eleven in all lines.

For his part, Carlos Queiroz, coach of the Egyptian national team, made 3 modifications with the return of Mohamed El-Shennawy to guard the goal, and Omar Jaber in the right back position, while Mahmoud Hassan Trezeguet completed the triple attack together Mohamed Salah and Mustafa Mohamed, to the detriment of the substitute Omar Marmoush.

The start was very perfect as he scored an early goal on a perfect pass from Amr Al-Sulayya, which hit Salah at the post, and Aliou Sis completed it with his body in the net.

However, the “Pharaohs” failed to take advantage of the initial shock that confused the Senegalese players for a considerable period of time.

The heart of the defense of the two teams suffered greatly over time, and Abdel Diallo left the field with muscle pain, to take his place, Babi Abou Cissé.

Egyptian national team defender Mohamed Abdel Moneim also hit Sadio Mane in the head, who suffered a nosebleed, after which the young defender tried to endure his pain on more than one occasion, ending up replacing him in the 39th minute, to take his place in Yasser. Ibrahim.

The Egyptian team controlled the pace of the match, and Trezeguet unsettled the Senegalese defense with his kicks, but found insufficient support from Ahmed Aboul Fotouh and Mustafa Mohamed.

The ‘Lions of Teranga’ slowly entered the mood of the game with 10 minutes remaining in the first half, as Mane and Ismaila went from right to left and threatened the Egyptian defense and goalkeeper Mohamed El-Shennawy.

The Egyptian team committed many offenses on the edge of the penalty area, but the Senegalese guest did not take advantage of them due to the inaccuracy of Bona Sarr’s crosses.

The second half went one way towards the El-Shennawy goal, where the Senegalese team dared to defend the pride of the African champions and tried to equalise, but without success.

Mané was very dangerous, far outnumbering Omar Jaber, and Ismaila Sarr’s runs increased down the right flank, and he almost scored a goal without the brilliance of Mohamed El-Shennawy.

However, the Teranga Lions lacked effectiveness with the modest level of spearhead Famara Dido or his replacement, Bamba Diang.

Marmoush did a new job spearheading his right and Trezeguet’s left, almost stealing a goal from him with a sudden shot into the net from outside.

Senegal, meanwhile, was quick to equalize until the last minutes, but Egypt and coach Carlos Queiroz won the bid to come out with a clean sheet before the Dakar match.