Egypt against Senegal.. “half the team” puts Queiroz in trouble 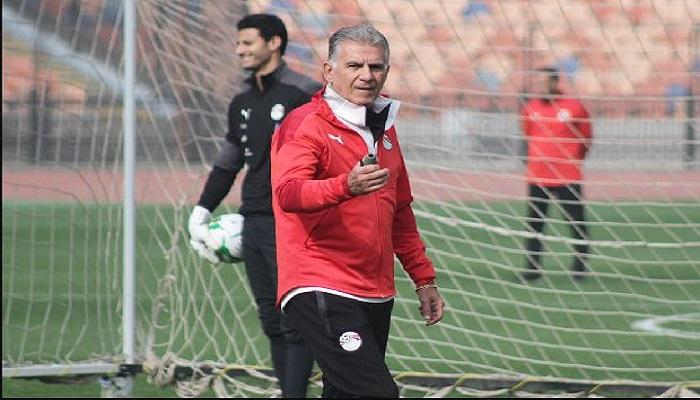 Portuguese coach Carlos Queiroz of Egypt faces a suffocating crisis ahead of the decisive match against Senegal in World Cup qualifying.

The first leg between Egypt and Senegal will be played on March 25 in Cairo, and the match will be renewed again after 4 days in Dakar.

It is always said that the goalkeeper represents “half of the team”, and in fact this saying had a magical effect with Queiroz, on the way of the Egyptian team to the last African Cup in Cameroon.

The Egyptian team reached the final and lost the title to Senegal, but their goalkeepers were praised by all.

The pharaohs began their journey with Al-Ahly goalkeeper Mohamed El-Shennawy until he was injured in the round of 16 match against Ivory Coast.

And the flag was received from him, Mohamed Abu Jabal, who starred in the elimination of elephants, Morocco and Cameroon, and was the reason for reaching the penalty shootout against Senegal in the final thanks to his blocking of a Sadio Mane penalty, the Liverpool star.

The third goalkeeper, Mohamed Sobhi, a Farco player, also played a leading role in his participation at a critical moment against Morocco in the quarterfinals after Abu Jabal was injured, while Enppi goalkeeper Mahmoud Gad was fourth on the bench.

However, the level of the 4 goalkeepers after returning from Cameroon dropped relatively, especially Mohamed Abu Jabal, who was one of the stars of the Nations Cup, but became a weakness with Zamalek.

Given his concern about the delay in the renewal of his contract, and the rumors about his signing for the Saudi club Al-Nasr, Muhammad Abu Jabal played two league games and 4 games in the African Champions League, and came out with a Goal to nil in a single game against the sinking Angolan team Sagrada.

Zamalek’s goalkeeper, in the presence of Abu Jabal, conceded 9 goals against Wydad Casablanca, Petro Atlético Continental, and Future and El Gouna in the league.

Mohamed El-Shennawy fared no better with Al-Ahly, conceding 5 goals in 6 games against Al-Marikh and Sun Downs in the African Champions League, and Farco in the League.

Al-Shennawy kept a clean sheet twice alone against Al-Maqasa and Pyramids in the Premier League, and the Al-Ahly captain remains under psychological pressure as his team is threatened with an early exit from the African Champions League. .

As for Mohamed Sobhi, the results of his Farco team declined and the team’s coach, Magdy Abdel-Aty, paid for him by dismissing him and appointing Portuguese Roy Almeida in his place.

Third goalkeeper of the Egyptian team, he participated in 4 league games, in which he received 5 goals.

While the fourth goalkeeper, Mahmoud Gad, was the one who participated the least among his teammates, since he played 3 league and cup games, in which he conceded 4 goals.

Thus, the “safety valve” of the Egyptian team in the Cup of Nations became a matter of concern in the head of the Portuguese Carlos Queiroz less than two months, and days before the decisive confrontation with the African champion for the ticket of transit to the 2022 World Cup.