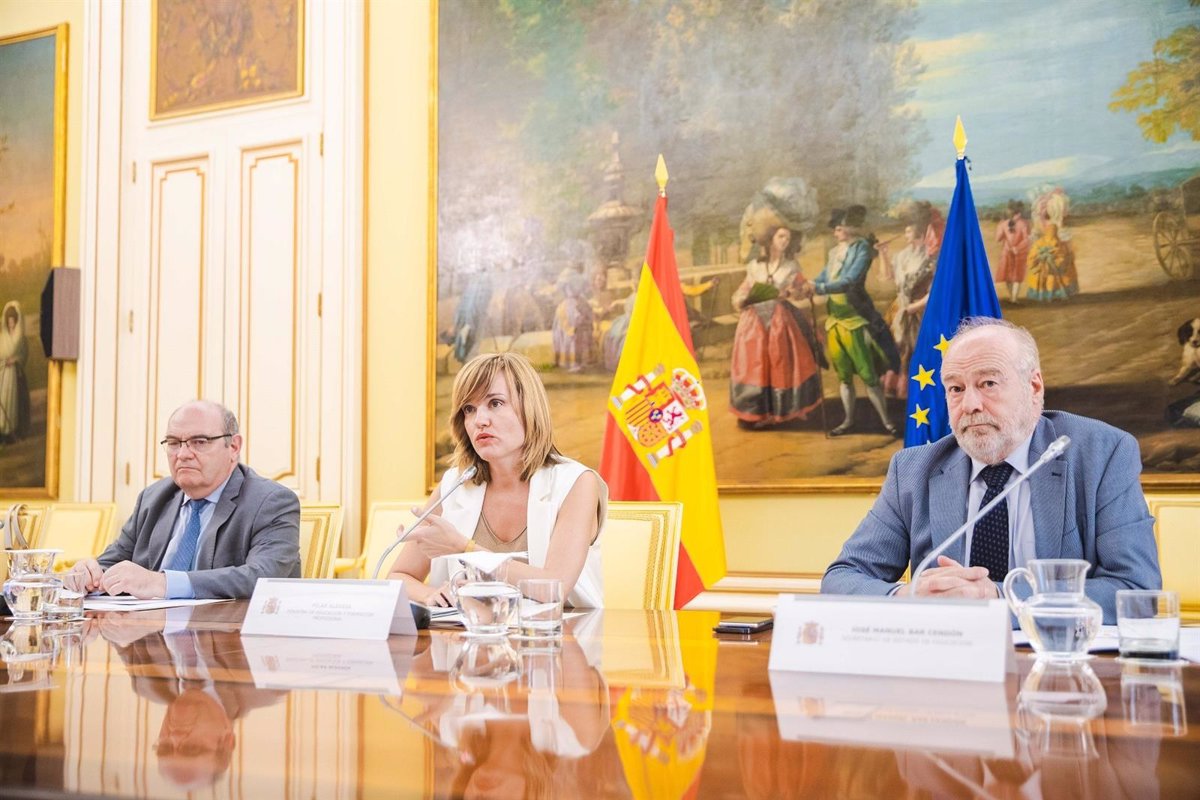 The document presented this Wednesday is a first working proposal

The Ministry of Education and Training presented its proposal for a test model for higher education entrance with fewer exams and a matriculation examination this Wednesday to the regional councils of the sector, to be fully implemented in the academic year 2026/2027.

The Minister of Education and Training, Pilar Alegría, was in charge of presenting the Ministry’s proposal to the Education Councils of the Autonomous Communities, which was also sent to the Conference of Rectors of Spanish Universities (Crue). The Minister and her team will meet with their President, Juan Romo, this afternoon.

According to the department headed by Pilar Alegría, the effective implementation of the learning of competences proposed by the new curricula of the LOMLOE Education Act must be reflected in the model of the university entrance test, so it is important to rethink the structure of the test .

In this sense, Education proposes an implementation proposal that is phased in the structure, content and evaluation criteria of the tests, so that a certain temporary space is opened for both teachers and students to gradually adapt to the new model.

On the other hand, it is not proposed to develop a uniform entrance examination for higher education, but to establish agreements allowing the different territories of the state to prepare tests that are comparable to each other. Working groups are formed between the ministry, the autonomous communities, universities and evaluation institutes to define the design and the correction.

In the document collected by Europa Press, the Ministry advocates the introduction of a transit model in the academic years 2023/2024, 2024/2025 and 2025/2026. It suggests that students complete 4 exercises in total, each counting for 25% of the grade.

They are 3 specialized exercises – one specific to the subject of the compulsory modality of the one chosen by the student (e.g. Mathematics II or Latin II), in addition to the exercises of the common subjects History of Philosophy and History of Spain – – and a fourth exercise more general Type in which “during these first three years, the skills related to the language area are mainly assessed and which mainly aims to assess the academic maturity of the students”.

From the 2026/2027 academic year, the general maturity exercise mentioned above will account for 75% of the grade and will completely replace the exercises in the common subjects, “since they build on everyone’s specific abilities” . The specific practice of the modality is retained (with a weight of 25% of the grade). Therefore, from this moment on, the students will carry out two exercises: one more globalized and the other on the topic.

Education explains that, in all cases, the general matriculation examination consists of a dossier made up of a series of documents (texts, images, infographics, graphs, tables, audiovisual materials, etc.) revolving around the same subject and in which the students be asked to carry out an analysis from different aspects and perspectives, answering different types of questions (closed, semi-constructed and open-ended).

“It aims to assess the students’ ability to analyze, evaluate, extract information or relate to each other all this documentation, in a more or less guided way through questions or suggestions,” argues Alegría’s department. This exercise consists of questions in Spanish, the foreign language that the student has studied and also in the official language of the communities where it is spoken.

Regarding the global qualification that will constitute the final admission mark, the Ministry undertakes to maintain the current model and to obtain it by calculating the average between the baccalaureate mark and that of the university entrance test: 60% of the top mark and 40% of the final mark of the access tests.

As before, this access phase is supplemented by a specific admission phase, in which the students carry out two exercises from the subjects offered in the second baccalaureate program Modality or Common. The design of the exercises that make up this admission phase will also have a competence-based character.

The document presented this Wednesday is a first working proposal from the ministry. “The aim is to open a phase of debate and dialogue in which agreements can be reached on the design of this new test, while respecting the powers of the autonomous communities,” he concluded.