Eddie Glaude: “Young people must dare to dream that a better world is possible” 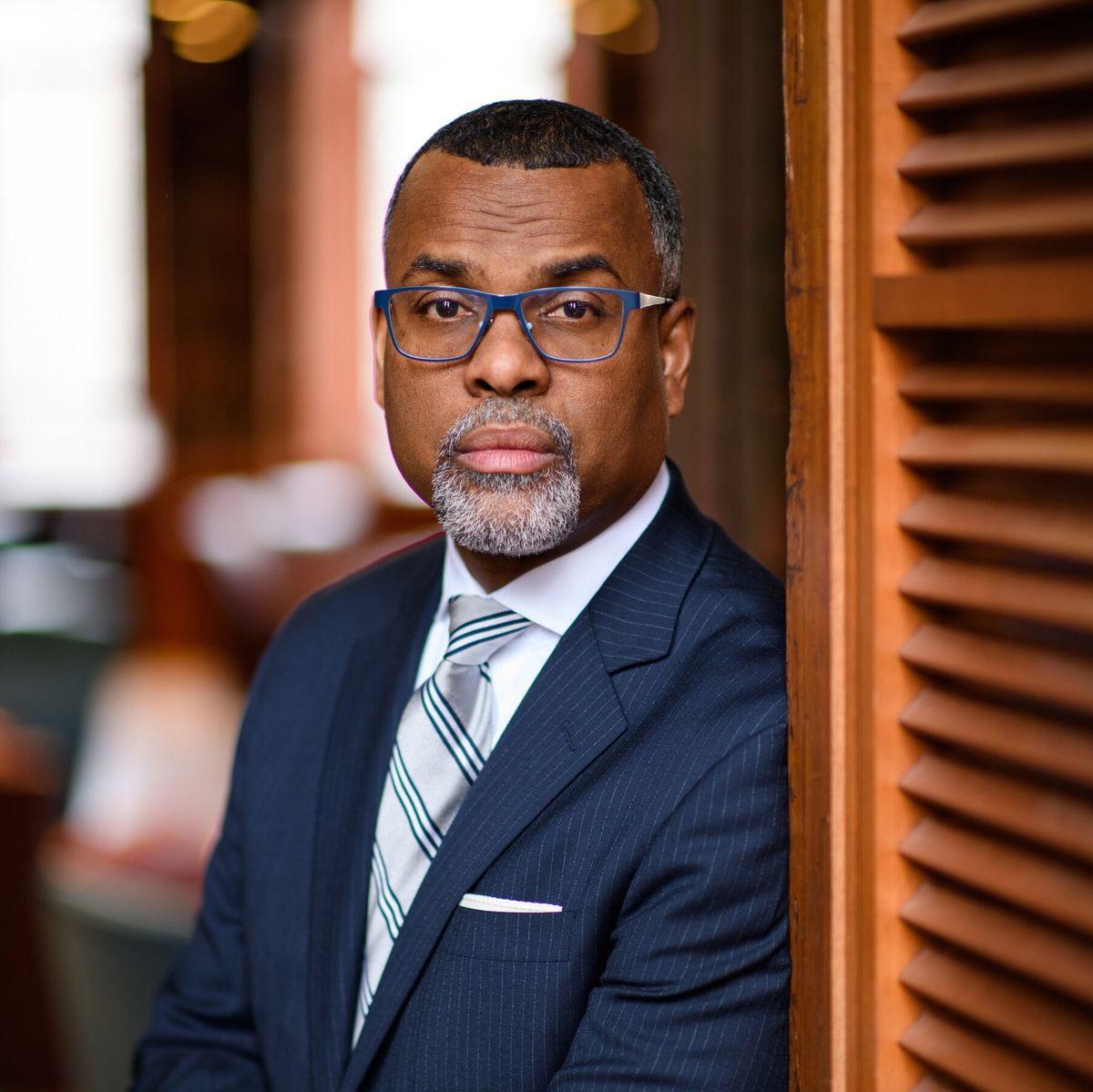 The auditorium of Bilbao’s Eskualduna erupted in applause after the speech by writer Eddie Glaude, one of the United States’ most prominent academics. “The toxic combination of selfishness, greed and hatred has poisoned our way of life,” proclaimed the professor at Princeton University’s Department of African American Studies, referring to hate crimes in his country. Glaude was responsible for the opening Wellness Summita groundbreaking initiative that brought together more than a hundred social entrepreneurs in the Basque Country in early June to look at self-care as a tool to transform the world.

Glaude ended his speech with a warm invitation to those present. “Each of you is called to be a warrior of dreams,” said the 57-year-old academic, who is committed to hope for a possible future for generations to come.

Questions. In his speech he pointed out that his country was going through a “civilian cold war”, what did he mean by that?

Answer. I thought it important to begin with the Buffalo and Uvalde tragedies. After the civil rights movement of the mid-20th century, a belief emerged that the government was willing to take away privileges from white people and that they needed to protect themselves. Therefore, the gun culture is anchored to this reaction. The war left elements in the country that reinforce the idea that the United States must be a nation for whites. Those who fight for a multiracial democracy and a country that reflects what it really is are becoming the hated forces. There are people willing to discard progress in the name of these divisions, and that is bringing the country to the brink of collapse.

P What can be expected outside in this scenario?

R I don’t know and that’s why it’s so scary because we still wield tremendous influence and power around the world. The US economy is a great prop for the West. The instability has repercussions far beyond our shores.

P In a world that embraces diversity, minorities, well-being…hate crimes continue to happen.

R I wrote a book about James Baldwin, an American novelist, author, and art critic. He said that “too often the ugliness of the world reflects the ugliness of ourselves”. Perhaps working to become better people is a prerequisite for a better world. There is a close relationship between our inner and outer. We need to discover how we can treat each other differently.

P Don’t you think that a Wellness Summit would be more relevant in places lacking this condition?

R We must understand the contradictions of practice. Even I, coming from a minority community in the US, speak from a privileged position. There is no clean place from which to engage with the world, all our hands are dirty. Still, it’s important that those of us who come from communities that are bearing the brunt of Western arrogance speak up in these places and try to set the tone. Little did I know yesterday that I would be the first to intervene, and when I realized it, my intention was just that: set the tone of the conversation.

P His speech was very impressive.

R I grew up with the figure of the traditional black preacher in America. There is a form of their speeches, which they call homiletics, which can be used to spread emotions, passion. It is not only entertaining but also captivating. It makes you think, but it also gets you moving. I’m a teacher, that’s what I work for.

P What do you think is the greatest lesson for young people to face the challenges of today’s world?

R What I tell my students in class is that they must dare to imagine a better world. You know from experience that the world is broken. The question they need to ask themselves is whether to walk the old ways or envision a new world. Some turn to the old authoritarian and fascist language of order. For example, the 21-year-old in El Paso, Texas, who killed all of these people in a Walmart thinking they were replacing others. Each generation must discover its mission in order to fulfill it or betray it. The imagination is the battlefield where you decide how you will fight and which side you will choose.

The great powers understand the dangers of dreaming. They want you to think that the world as it is is all you have

P Have we forgotten to dream?

R The great powers understand the dangers of dreaming. They want you to think that the world as it is is all you have. Slavery is one of the best examples of this domination. It’s about making you believe that you can’t be anything but a slave.

R If we believe that material accumulation (making money, buying a house, having a nice car), being calm, and adjusting to an unjust world is the way to peace, then yes. Inwardly we will have made peace with the most terrible thing in the world, and that horror will turn against us. This is the battle we all fight every day. At least the group of people who have access to opportunities; those who can barely keep their heads above water to put a plate of food on the table have no time to think about anything else, and the world sees them as disposable.

P Many believe that things will not change, that they will even get worse

R We are more powerful than we think. An ant is nothing, add a thousand and see what happens. This means reaffirming solidarity every day in search of a more just world. From what I understand, the Wellness Summit is trying to do just that: insist on a different way of being in the world. A new understanding of what it means to have a good relationship with others, which begins with having a good relationship with ourselves.

P How do you fight disappointment?

R James Baldwin had a phrase. He said that hope is invented every day and you know that if you have to invent hope every day, you have to come back from disappointments every day.