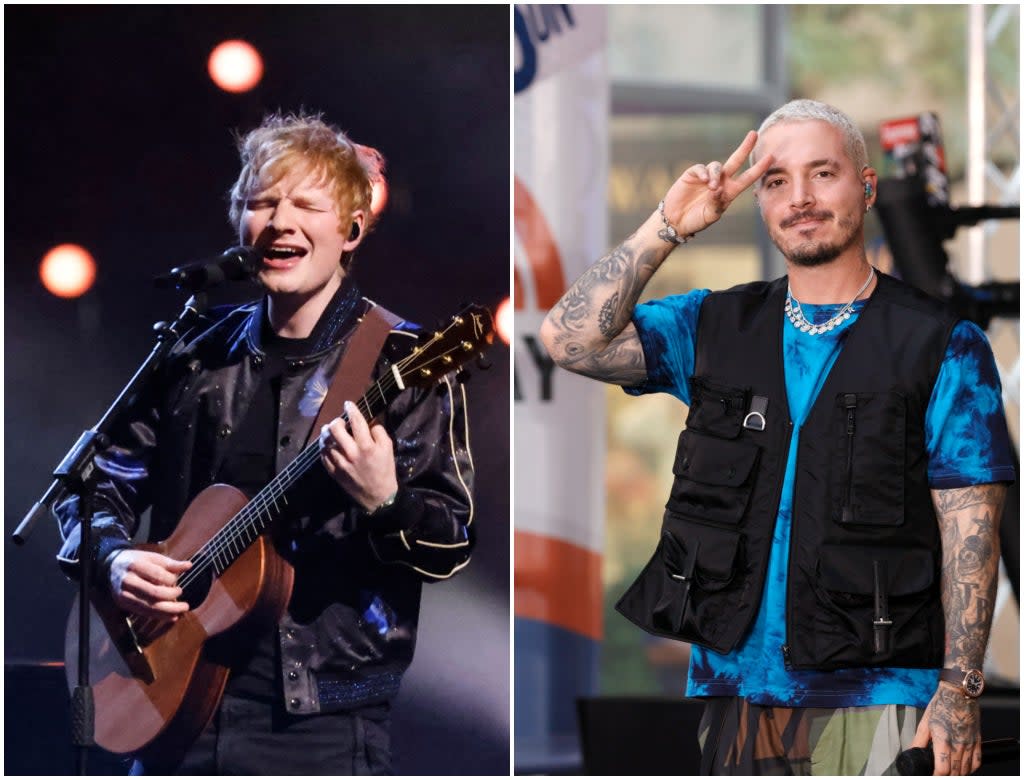 Ed Sheeran attempts to sing in Spanish on his surprise new song, “Sigue,” a collaboration with Colombian singer J Balvin.

“Sigue” is one of two songs released by the British singer-songwriter this week, along with “Forever My Love.” Both songs were made available on streaming services on the night of Thursday, March 24.

“Sigue” incorporates traditional reggaeton rhythms, while the ballad “Forever My Love,” performed in a mix of Spanish and English, is backed by acoustic guitar.

Sheeran sings in Spanish in the pre-chorus: “I’ve been longing for you for a while/Watch out for me if I catch you.”

The collaboration reportedly came about after Sheeran heard Balvin at a New York gym and recognized his voice.

“I met J at a gym in New York last year, it was just me and him very early in the morning. I recognized his voice when he was on the phone, so I went over and said hello,” Sheeran said.

“We talked for so long that we ended up having lunch and then afternoon tea. Then they just became partners who chatted nonstop.

Sheeran admitted that it was an “appropriate challenge” to learn Spanish for the song, but “he had a lot of fun doing it.”

Posting on Instagram, the 31-year-old wrote, “’Forever My Love’ and ‘Sigue’ are officially out. I hope you all enjoy these as much as we enjoyed making them x.”

“Good vibes, forever grateful,” Balvin wrote on his own page.

- Advertisement -
Share
Facebook
Twitter
Pinterest
WhatsApp
Previous articleFPT Software receives HITRUST certification for even lower risks in the areas of privacy, security and compliance for third parties
Next articleBiden in the city of chefs. Will the Polish “Rzesso” fix the West’s papers?