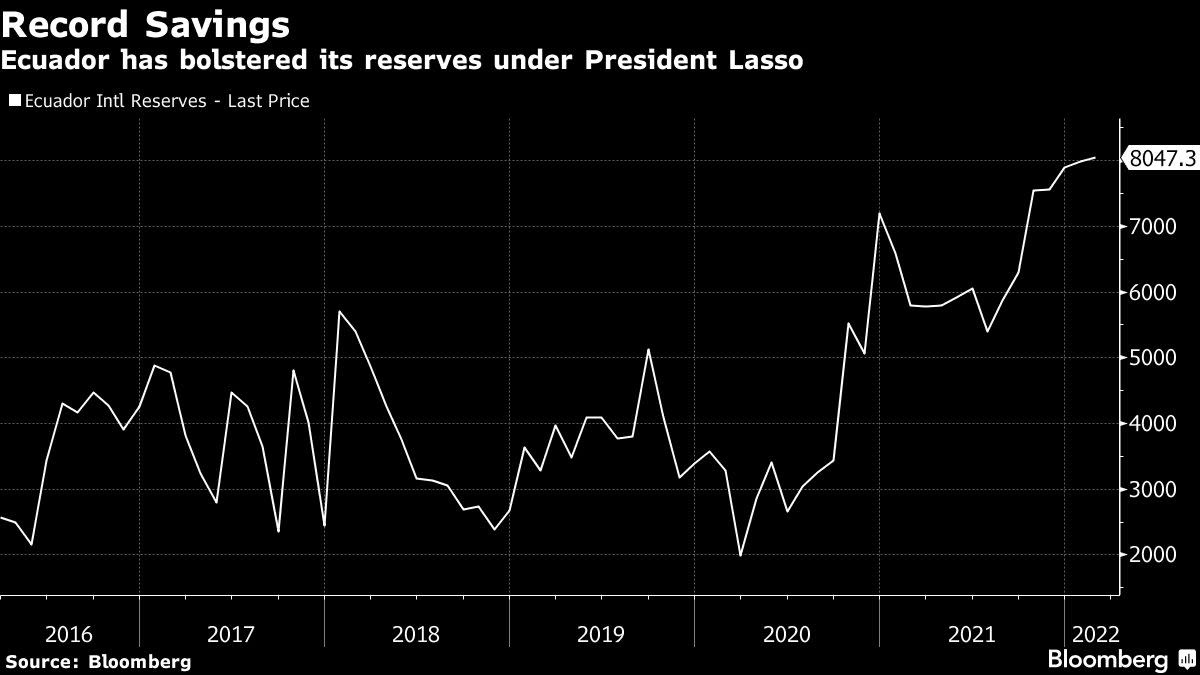 (Bloomberg) — The Central Bank of Ecuador added about $158 million in gold to international reserves, increasing its record reserve at a time of heightened volatility in global markets, according to a statement.

The bank bought the metal from small local producers and certified it “with an international refiner accredited by the London Bullion Market Association,” according to the statement. In total some 80,851 troy ounces of gold were added.

The holdings helped diversify reserve assets, strengthen the bank’s financial position and strengthen the use of the dollar in the country, the bank said. Holding gold “is vitally important, as it represents an active haven that appreciates in periods of uncertainty in financial markets and geopolitical risks.”

The bank, which in 2021 regained its independent government institute under reforms agreed with the International Monetary Fund, began a local gold purchase program in 2012.

The purchase of gold from small and artisanal mining operations has helped strengthen a formal and sustainable local industry, the bank said. Ecuador has used the US dollar as its currency since 2000.

Central Bank of Ecuador adds $158 million in gold to reserves