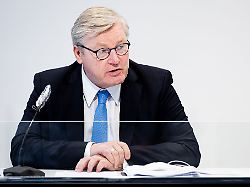 For a long time, the SPD and the CDU fought over the reform of the climate law. Now the key points are in place. The Minister of Economy also issues a warning.

Hanover (dpa / lni) – Lower Saxony’s Economics Minister Bernd Althusmann has rejected the impression that he wants to avoid more ambitious climate goals. “The CDU is not against climate protection, on the contrary: We are expressly committed to the goal of climate neutrality by 2045,” Althusmann told the German Press Agency about the country’s planned reform of climate law. “But we can only set goals that are realistically achievable. Climate policy must not lead to excessive bureaucracy. That would only paralyze the necessary expansion of renewable energy and jeopardize climate goals,” said the CDU’s top candidate. , who won the state elections. Challenges of Minister Stephan Weil (SPD).

The increase in climate goals is considered one of the last big projects of the SPD and the CDU before the autumn elections. A good two weeks ago, the government factions had agreed on the key points. The Ministry of Economic Affairs had previously criticized a number of core points of the amendment planned by the SPD-led Environment Ministry. Greenhouse gas emissions should only be reduced by 56 instead of 65 percent by 2030. The Althusmann house also criticized the planned photovoltaic obligation for new buildings and area targets for wind power expansion.

The SPD and CDU plan to present the climate law to the responsible state parliamentary committee next week. The reform will be discussed in the plenary session of the state parliament in mid-May at the earliest.