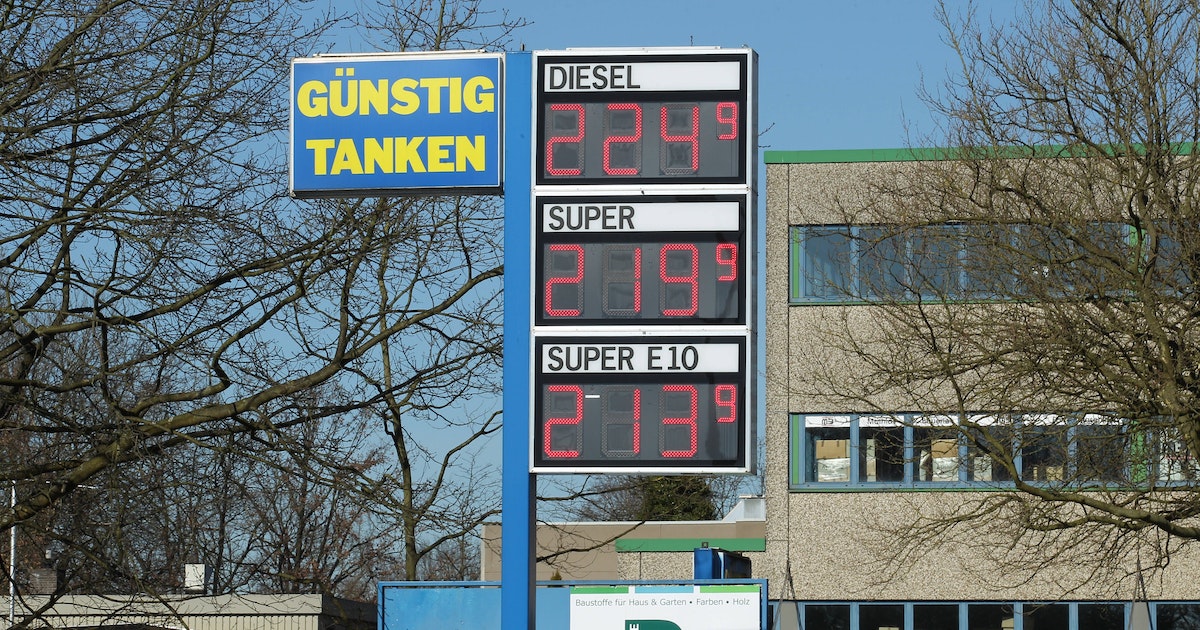 Due to the war in Ukraine, leading economic experts expect inflation to remain high at more than five percent. The Ifo Institute in Munich and the German Institute for Economic Research (DIW) have warned that in the event that the supply of Russian gas is stopped, an even more significant increase in prices can be expected. Economy Minister Robert Habeck (Greens) again rejected an embargo on Russian energy imports. Meanwhile, the European Central Bank (ECB) discussed its future monetary policy under the impression of high inflation.

Ifo chief Clemens Fuest told Bayerischer Rundfunk on Thursday that if Russian gas supplies were to be frozen, inflation could be “significantly higher” than 5 percent. The price increase then would not only be related to oil, but “food will also become more expensive.” From an economic point of view, it is clear that the costs of a delivery stop “would be relatively high for us”. Ultimately, however, this is a political decision.

The president of the German Institute for Economic Research (DIW), Marcel Fratzscher, went a step further and warned of inflation of up to ten percent. “There will probably be inflation rates of more than five percent this year,” he told the Neue Osnabrücker Zeitung. “In case of an escalation of the war and more and more new sanctions, it can even go up to 10 percent.”

Habeck defends the government’s resistance to the energy embargo

In view of the Russian attack on Ukraine, Germany is under increasing pressure to give up Russian oil and gas. Habeck said Thursday after a meeting with representatives of the German economy that it was “the need of the hour to free ourselves from our dependence on fossil fuels from Russia.”

The government and companies would do their best to reduce this dependence on imports step by step. “We diversify imports, we buy gas, we take care of coal stocks, we work in alliances with other countries,” Habeck continued. In addition, the expansion of renewables is being promoted.

At the same time, the minister defended the government’s opposition to the embargo on imports from Russia. In this case, he warned of serious economic damage. His Secretary of State, Michael Kellner (Greens), told the t-online portal that, as understandable as the call for an embargo is, “the possible undesirable side effects of such measures” must also be considered, for example, that prices of oil rose sharply and Russia then bought its oil sales to other countries at higher prices.

IW: A complete cut off of the gas supply would be an “incalculable risk”

The German Economic Institute (IW) considers a complete interruption of the gas supply to be an “incalculable risk”. Liquid gas is “not sufficiently available” in the short term and there is a problem with transport within Europe. The institute, close to the employers, warned that energy consumption in the industry “it will be difficult to reduce in the short term.”

The European Central Bank (ECB) will discuss its future monetary policy on Thursday. Until now, an announcement of possible interest rate hikes later this year has been considered possible, but the war in Ukraine could prompt the ECB to take a more cautious course.

The head of the Ifo, Fuest, said ahead of the ECB meeting that, in his opinion, the best thing would be to “wait and not make new decisions, but rather maintain the current course”. In a situation of very high uncertainty, it is best “if you keep all options open”.

- Advertisement -
Share
Facebook
Twitter
Pinterest
WhatsApp
Previous articleZEIT ONLINE | Read zeit.de with advertising or with a PUR subscription. You have the choice.
Next article100,000 people registered for the new peace demonstration in Berlin – BZ Berlin