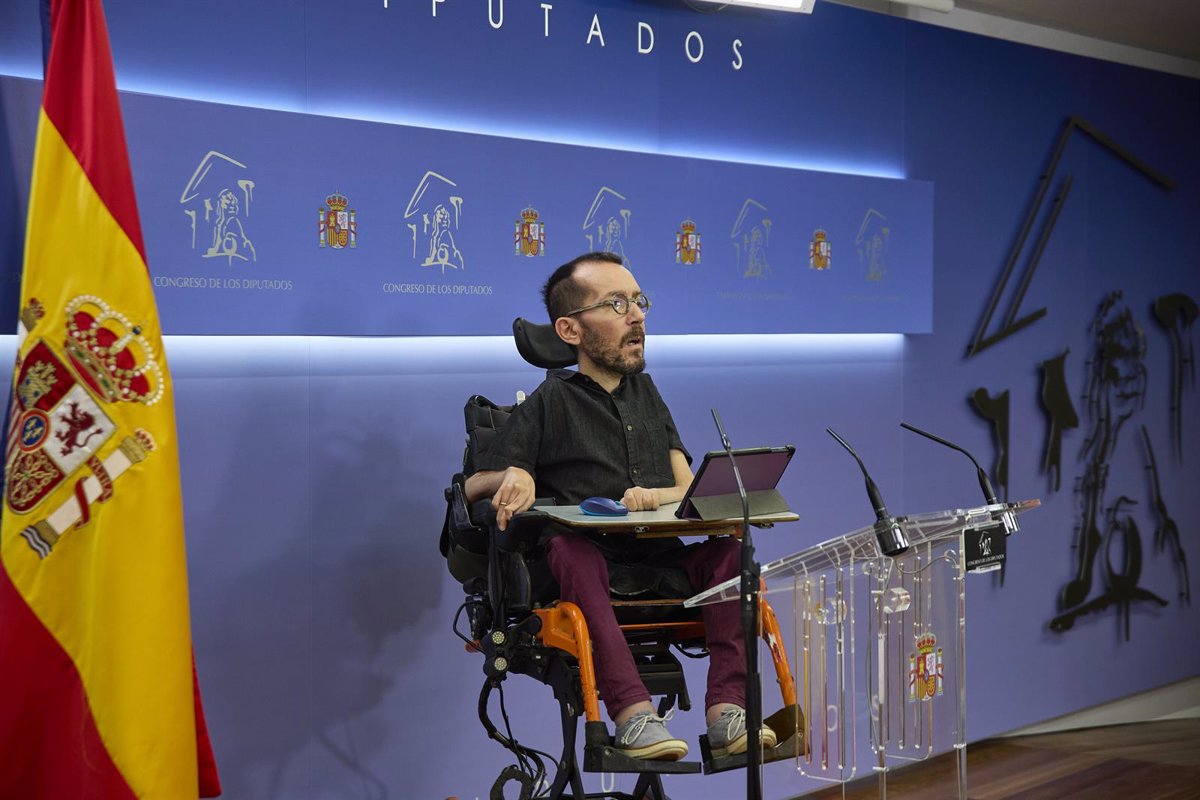 United We Can spokesman in Congress Pablo Echenique has criticized the decision by the socialist wing of the executive branch to approve a €1,000 million loan for defense at the Council of Ministers this Tuesday.

“This is vote-panning to the right and far right,” he underscored in a comment on Twitter, spelling out the Lila formation’s unease at this increase in military funding.

This loan, according to Moncloa sources, is to meet commitments made with NATO and will be approved and charged to the contingency fund rather than requiring congressional approval. In addition, the above sources have assured that United We Can was aware of the measure.

DÍAZ CRITICIZES LACK OF CONSENSUS AND ASK FOR RESPECT FOR ALLIES

Yesterday, second vice president Yolanda Díaz was very critical of her coalition partner, bluntly saying that approving that extra $1,000 million for defense was not agreed and that “forms” are important in politics, “especially when it comes to it.” concerns such a sensitive aspect as this area.

Therefore, he demanded that the decisions be taken in an “appropriate” manner, with respect for the allies and the Cortes Generales themselves, since the opposition also has the right to know about these plans.

“The agreement to raise another billion euros for defense has nothing to do with the workload (of Navantia) for my region of Ferrol or Cádiz and I’m sorry and I’m sorry,” he stressed, clearly referring to the Defense chief Margarita Robles, who earlier urged Podemos head Ione Belarra to ask the vice president to say at Ferrol that they are stopping building the frigates there.

INCREASING TENSION: UP TO VOTE FOR BIDEN DEAL OVER ROTA

Tensions between the coalition partners have escalated after the NATO summit and the pledge to increase the military budget to 2% of GDP, accepted by the PSOE and rejected by United We Can.

Yesterday, the Confederate parliamentary group confirmed that it will vote against the agreement reached with the United States to increase the number of North American destroyers at the Rota (Cádiz) base from four to six if it reaches Congress.

In this sense, Ione Belarra commented on the General Budgets and, in a nod to his coalition partner, that the country’s “urgencies” did not include “doubling military spending”, which he said was already at “record” levels because “Spain not at war”, but to protect itself from the socio-economic effects of the conflict in Ukraine.

He also argued that citizens “do not need” to buy “bombs or warplanes” at “the request of a foreign power,” citing the United States.