eBooking or how to grow in the middle of Armageddon 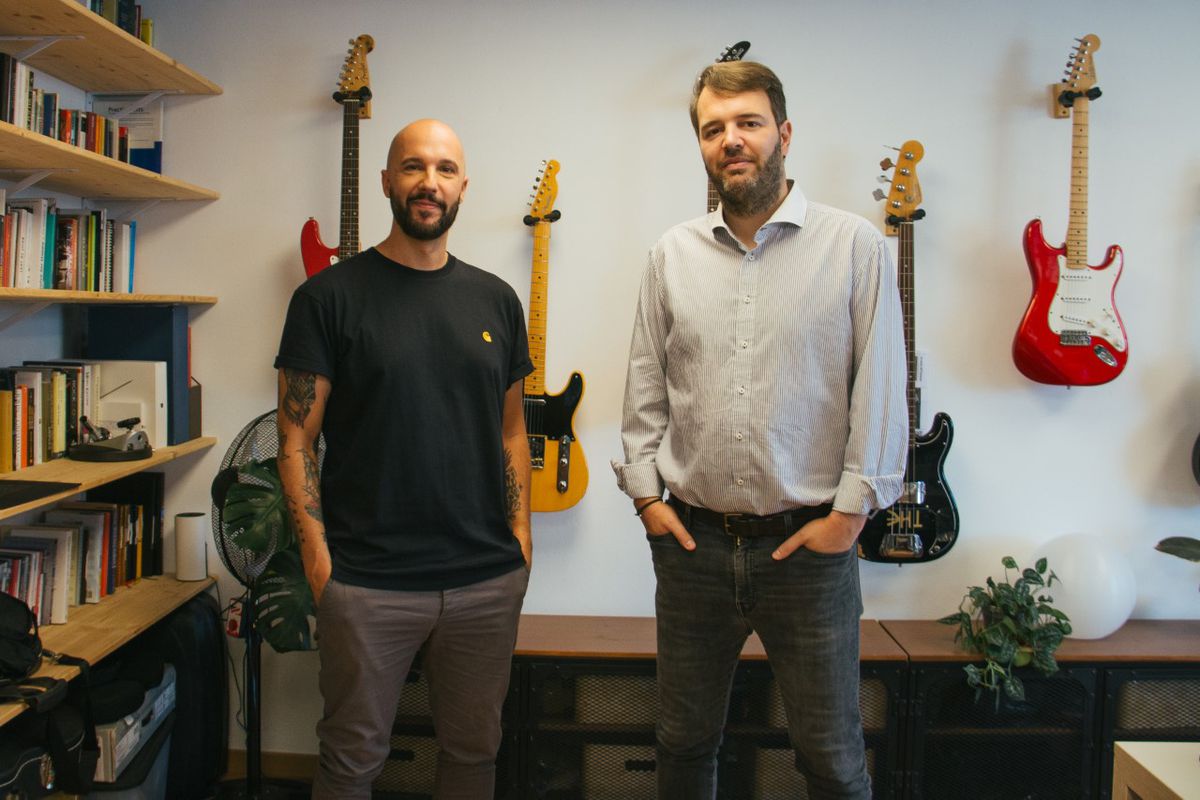 Within the tourism sector hardest hit by the coronavirus crisis, Toni Raurich and Juan Ángel Martín have managed to escape the collapse. These two entrepreneurs acquired the in January 2020 after fifteen years of experience in tourism companies Travel agency on-line eBooking.com. “It seemed like the best time to buy companies to travel, because nobody expected the world to collapse in March,” says Raurich. The company, previously part of a Lanzarote group of companies, has quintupled its turnover since the start of the pandemic, going from 10 million in 2019 to 55 million in 2021 the key to success in circumventing the lack of demand over the last two years.

Raurich and Martín met in Amsterdam more than 10 years ago when they both worked for Booking.com, the world’s leading hotel reservations company. Returning to Spain for personal reasons, they felt that the national market still offered many opportunities in the industry and took the plunge into entrepreneurship. To finance the initial investment of around 10 million euros, they drew on their own savings and had the help of the Spanish Turtle Fund, which left part of the capital indebted. The two acquirers have now almost completely paid off the direct debit and hold 95% of the business in their hands.

eBooking.com started its engines in 1997. Before the acquisition, it focused its sales on Spain, Italy and France. Well, the sum of these three markets is not 20% of the total. As the company has grown, it has expanded its business into more and more countries to take advantage of untapped markets, such as Germany and the UK in the short term and Israel, Japan and the United States in the long term. “Throughout the pandemic, the whole world has locked itself within its borders. The states that host tourists – the southern European ones – have clearly been harmed. Instead, issuers such as Germany, Norway and Sweden benefited. We are not so much focused on selling Spain to the world as on offering what customers are looking for in each market,” says Raurich, leader of the project. Today the agency operates in more than 200 countries and its bosses believe that thanks to this internationalization process they have managed to increase their profitability in a black phase of tourism.

Centralization into a single line of business has emerged as the second-best bet, in his opinion. By 2020, the travel agency also offered flights and rental cars. After purchasing the company, Raurich and Martín scaled back these services to focus on reservations on-line Accomodation. “The more you diversify across business channels, the more the value proposition gets diluted. Humans are able to associate a brand with a single product: Airbnb sells activities but is actually known for renting rooms; Ferrari also produces 4x4s, but things are getting better with sports cars,” the businessman adds.

The company founded by Raurich and Martín has contractual relationships with booking.com since 2007. “As soon as the customer has completed the transaction, we offer them cars for rent via this travel price aggregator,” says Raurich. The fact that the names of the two companies are very similar is not a problem. “booking is a generic word meaning “reserve”. The market is huge and there is room for all players to grow and collaborate,” he assures.

The eBooking.com team consists of almost 90 people. Half of the staff are publishers who work remotely and write the websites with the various accommodation proposals in Spanish. Although a computer system automatically translates the content into 43 different languages, around twenty translators are responsible for checking the texts and adapting them to the nuances of each language so that the language is as comprehensive and familiar as possible. According to Raurich, presenting content to users in their own language and in the simplest possible way is another ace up their sleeve when it comes to attracting and retaining customers. “The goal is to give everyone what they are looking for. You don’t have to feel like an engineer to use this service because that’s what all the engineering on the hood does,” he says.

For its part, the technological heart of the company works personally at the central headquarters in Barcelona. Fifteen professionals, including engineers, developers and data analysts, refine the software with which all content is designed. They also make sure that the loading times of the websites are minimal and that they are well positioned on Google.

In order to personalize the user experience, the system relies on a market segmentation strategy: it tracks the accommodations in its database and ranks them according to the customer’s origin and preferences. “Saudi people, for example, often travel with very large families and we initially offer them apartments. On the other hand, the Scandinavians are more backpackers, so we won’t show them luxury hotels at the top,” adds Raurich. As in most online travel aggregators, the user can select their preferred facility category through filters, choosing the number of stars, area of ​​interest and some of the services included.

Even if a customer has previously booked on the platform, when making a new reservation, the artificial intelligence initially shows them the same accommodation categories in which they have stayed, because it already assumes that these better meet their needs. In most cases, once the reservation is confirmed, the platform will ask for your credit card number as a guarantee, since the payment is made directly at the property.

Within tourism, travel agencies were the sub-sector hardest hit by the pandemic. Compared to pre-crisis levels, sales have fallen by 90% in 2020 and by 56% in 2021, according to the Spanish Confederation of Travel Agencies (CEAV). At this point, almost 10,000 fewer workers are employed than in 2019, and 29% of the sector’s workforce is still employed in ERTE (more than three times that of the hardest-hit aviation sector). Nevertheless, the tourism industry is optimistic about the summer. “By 2022, we are working with a scenario where overall activity would be around 65% of 2019 levels. This recovery will be gradual and will be characterized by both the reopening of international markets and the easing of travel policies by large corporations,” said Mercedes Tejero, CEO of CEAV. At eBooking.com, the same excitement reigns when they realize that Easter has already set travel records, even well beyond the pre-pandemic era. On this growth path, the company expects a doubling of the previous year’s sales to 120 million euros in 2022.