Dybala is ready. Bonucci will miss the Villarreal match 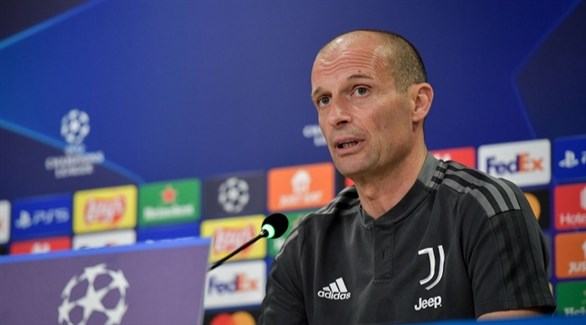 Juventus coach Massimiliano Allegri confirmed on Tuesday that striker Paulo Dybala is ready to face Villarreal in the Champions League on Wednesday, but defender Leonardo Bonucci is still injured.

Dybala, who has not played since the middle of last month due to a thigh injury, will return to the stadiums in the second leg of the round of 16, after the first leg ended 1-1 in Spain.

Defender Giorgio Chiellini is suffering from a calf injury, while winger Federico Bernardeschi has a thigh injury, but they are expected to feature after they recover.

“Chilini will be available, and Dybala and Bernardeschi, who are important, will also be available again,” Allegri told a news conference. So we will make changes.”

And he added: “Leonardo played against Empoli and against Villarreal, but he wasn’t feeling well. He worked hard for the team and that is greatly appreciated, but now he has a calf problem.”

He continued: “Alex Sandro hasn’t recovered from his calf injury, so I’d rather not risk it tomorrow, because it’s not the last game of the season.”

Juventus have not qualified for the Champions League quarter-finals in the last two seasons, and Allegri urged his players to treat Villarreal as a final.

- Advertisement -
Share
Facebook
Twitter
Pinterest
WhatsApp
Previous articleLower Saxony and Bremen: Because for the equitable distribution of Ukrainian refugees
Next articleFor the eighth time.. Al-Arabi is the champion of the Kuwait Crown Prince Cup