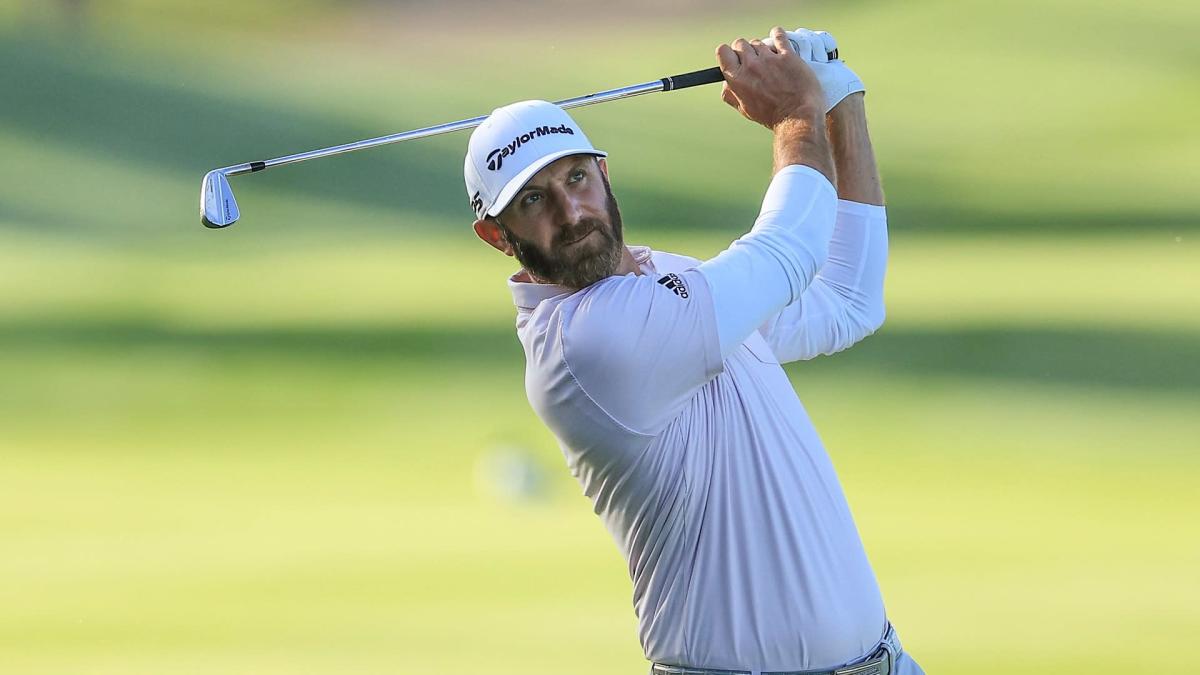 Dustin Johnson won’t leave TPC Sawgrass with a win, but he ended his time at Ponte Vedra Beach on a (very) high note.

Johnson tied TPC Sawgrass’ outfield record by shooting a 9-under 63 on Monday, and he did it in style. The World No. 9 holed out from 67 yards for eagle on the par-5 ninth, his 72nd and last hole of the tournament.

“I really played solid,” Johnson said after his final round. “I threw a few putts there starting at: I putted a good putt on 18 and then another good putt on [holes] one, two and then three.

“Obviously shooting it last was definitely a plus. It was a tough week. I made too many mistakes, from the fairway as well. It wasn’t even when I got out of position. I hit too many bad iron shots from the fairway. I still have a little of work to do in the game, but obviously it’s there, I just need it to be a little more consistent.”

Johnson, who hasn’t won since the 2020 Masters in November, shot 73-76 in the previous two rounds and finished his T-7 week at 7-under, six shots behind champion Cam Smith.

“It’s always nice when you can tie a field record or shoot a field record,” he said. “I would have liked to have, to be in contention and to have done it would be much better.”