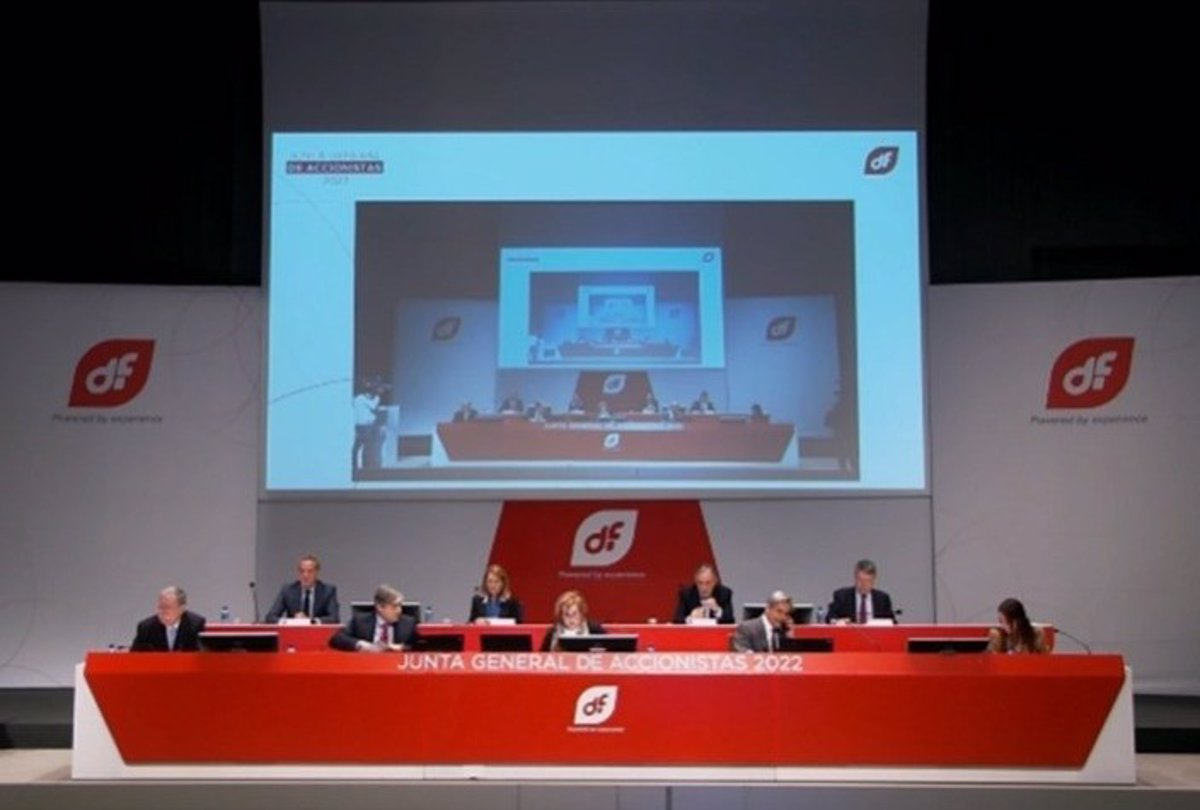 The company will turn the energy crisis into an opportunity

The new CEO of Duro Felguera, José Jaime Argüelles, has highlighted that the company he directs is in a process of transformation to once again be an economic engine and industrial scale in Asturias and Spain, to which he believes the current is growing turns the energy crisis into an opportunity and the arrival of an investor who will be known about before the end of the year.

“We have solutions and a bright future,” he assured. This was explained during his speech at Duro Felguera’s Annual General Meeting, held in person and electronically, where all items on the agenda were approved, including the annual accounts for 2021.

Argüelles also stressed that the arrival of the investor is key to create the confidence that the company needs from the market, from financial institutions and from shareholders. Regarding the investor, he indicated that negotiations were progressing “very appropriately”. “A quick solution that satisfies everyone is expected,” he added.

“We are on the road to success,” he assured. Regarding 2021, he highlighted that it ended with a positive profit of 37 million euros net (22.6 million after tax). The turnover reached a value of 84.5 million euros, which corresponds to a decrease of 37 percent compared to 2020.

It highlighted as relevant the fact that it practically met the contracting forecasts with a total amount of 175 million euros (+123%), including 100 million euros for a decarbonization process in the Netherlands. Likewise, the contract portfolio at the time of conclusion amounted to 336 million euros worldwide, 92 percent international projects.

For Argüelles, they are a company that is ready to unfold its full potential, which is why they want to seize the opportunities of a “changed” world and the energy transition and digital transformation.

Likewise, it has influenced that despite the tensions in the supply chain, the war in Ukraine due to the invasion of Russia, inflation or the energy crisis, they plan to sign contract deals in the coming months that would add 200 million euros.

Yes, he recognized that the diplomatic conflict between Spain and Algeria is noted in one of their treaties on the African continent. According to him, some payments and delays in the works, which he has shown his desire for a quick solution, are delayed.

In the case of the job in Candelaria (Colombia), he attributes the problems to labor disputes. However, he has indicated that they are in “close” contact with their client, Técnicas Reunidas, and they appear to be “moving towards a solution”.

Another troubled deal is that in Abu Dhabi, where a project that has stalled for two years is making “limited” progress. In this case, a new offer has been presented to the customer and an attempt is being made to reach an agreement that he hopes will be reached in order to complete the contract.

On the other hand, he stressed that the order in Romania was on the right track. Additionally, he has indicated that he believes they are about to restart this project, which “firm progress” has been made towards solving the problem. Once unlocked, they hope to complete the pending work “in no time”.

On the litigation side, positive transaction agreements were reached in 2021 on a number of projects, such as in Argentina, and negotiations continue on four others in Mexico, Chile, Costa Rica and India. In all of them he said he relied on agreements.

Argüelles has also alluded to the support provided by Sepi’s cash injection (€120m) and help in the form of a participatory loan from the principality’s government (€6m). In addition, there is the bank contract for refinancing the debt.

Funds that he believes have been used to prioritize the continuity of Duro Felguera’s activities and align them with current energy and digital transformation.

In doing so, Duro Felguera has achieved what he believes is a “firm” return to the markets, for which he was grateful to have been given this “new opportunity”.

With regard to the fields of work in 2022, he mentioned, among other things, the diversification of the business towards renewable energies, hydrogen, energy storage or intelligent management systems as well as the move towards revitalizing the company through new working formulas.

At the same time, he recalled that last January they announced the company’s five-pillar restructuring. One of them is the continuation of its activities in the field of conventional energy as well as in industrial plants (oil & gas).

In the case of renewable energy, it has been announced that they are diving into a project to manufacture ocean wind structures (offshore wind power), a market they are looking to develop. In addition, it has indicated in response to shareholders that Duro Felguera is awaiting the decision of the Port of El Musel to start this activity there.

In the same way, they plan to enter the hydrogen market and make it an important growth vector for Duro Felguera.

Other aspects are the provision of services offering differentiated solutions with great added value and digital security that they aim to extend to the civilian sphere.

Yes, he pointed to the Tallerón de Duro Felguera in the field of heavy boilermaking and the need for “salary moderation” to ensure its future viability. For him, the solution is not to increase costs, but to improve productivity and competitiveness. In his opinion, this is the only way to be able to increase the remuneration.

All in all, although he has concluded that Duro Felguera is “on the right track”, he has admitted that things are “slowing down” due to “concomitant” circumstances, due to international geopolitical uncertainty and the current socio-economic crisis, which complicates contracts and paralyzes some investments. “We developed moderately well,” he claimed.

Because of this, shareholders have been told that the company needs more time to recover. However, it has implications as they still have €400m in preliminary deals to be finalised. He was hoping, yes, to regain the activity they had this year.

The president of Duro Felguera, Rosa Aza, also referred to the entry of an investor. In this sense, he pointed out that there are several “very interesting” alternatives and that the company is carrying out a “careful” selection process. At the same time, he has indicated that he hopes there will be important progress before the end of the year.

In addition, he stressed that despite the economic situation and “high uncertainty”, the necessary time has been reached to channelize the company and regain the confidence of the markets.

In this context, he drew attention to the economic growth in Latin American countries such as Chile, economic strengths that he sees as a business opportunity for Duro Felguera. “You can use the advantages if you know how to do it,” he added of the opportunities offered by renewable energies or hydrogen.

- Advertisement -
Share
Facebook
Twitter
Pinterest
WhatsApp
Previous articleTorture of Arón Canet: “I get scared when I think about the crash, I almost lost my life”
Next articleBefore the NATO summit: Is Turkey really about Sweden?