Duplantis, world gold in pole vault with a new record at the championships 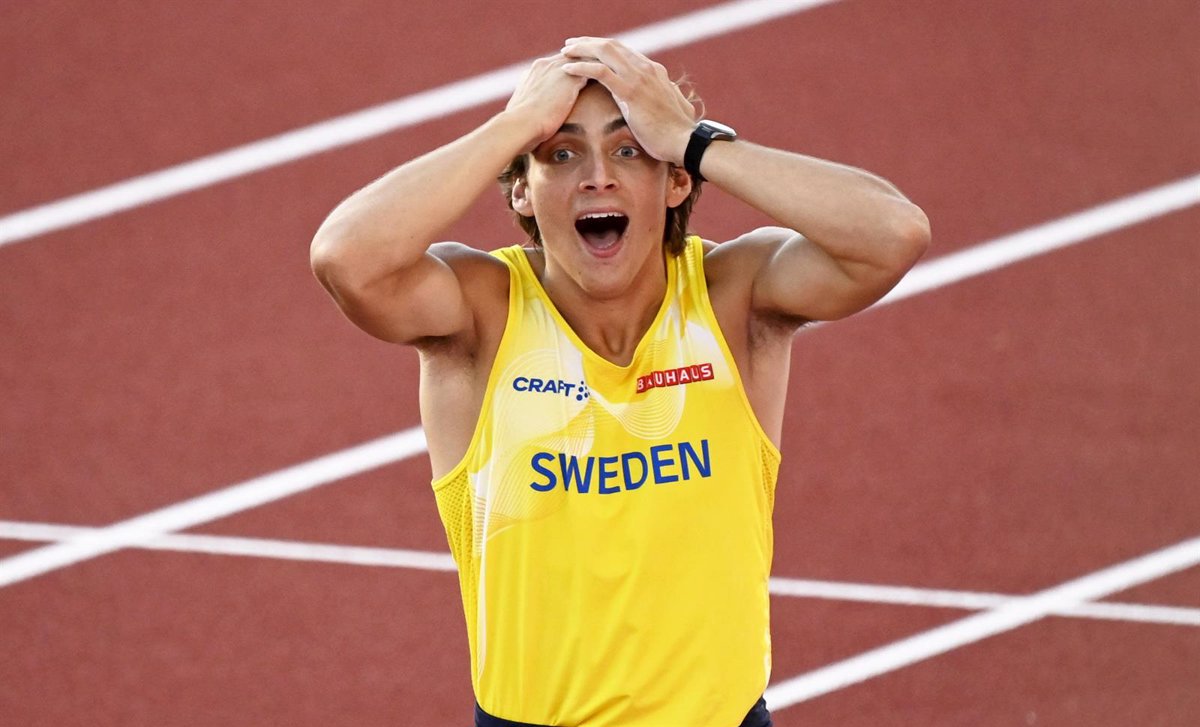 Olympic gold medalist Mondo Duplantis broke his own pole vault world record at the Oregon World Championships with an incredible jump of 6.21 meters on the final day of competition, earning his first gold at the championship.

The 22-year-old Swede had already secured the gold medal by setting the previous world record with a jump of 6.06. When the bar was raised to 6.21, he missed his first try and almost fell off the canvas on the way down. However, his second attempt was successful and put the finishing touches to the final day of the championship at Hayward Field.

The Tokyo Olympic champion, who was already named world indoor champion in Belgrade earlier this year, hung on gold with a score of 6.20 in Eugene, beating his own mark and setting his fifth world record. American Christopher Nilsen won silver thanks to his jump of 5.94, while Philippine Ernest John Obiena took bronze with the same size.

Meanwhile, Nigeria’s Tobi Amusan broke her own world record in the women’s 100m hurdles final to win gold, Nigeria’s first, on the final day of the World Cup in Eugene.

Amusan crossed the finish line in a breezy 12.06 seconds, beating her own mark of 12.12 she set less than two hours earlier when she broke American Kendra Harrison’s record of 12.20 in 2016. However, with a tailwind above the 2 meters per second limit, second in the final meant his world record from the semi-finals would stand.

Jamaican Britany Anderson beat Puerto Rican Jasmine Camacho-Quinn for silver when they both clocked 12:23 while American Kendra Harrison, who would have finished last, was disqualified from the race.

- Advertisement -
Share
Facebook
Twitter
Pinterest
WhatsApp
Previous articleSpaniards need 11 years of income to buy a home, 35% more than in 2000
Next articleAgatha – Coven of Chaos: WandaVision Spin-Off gets a new title and a new release date!