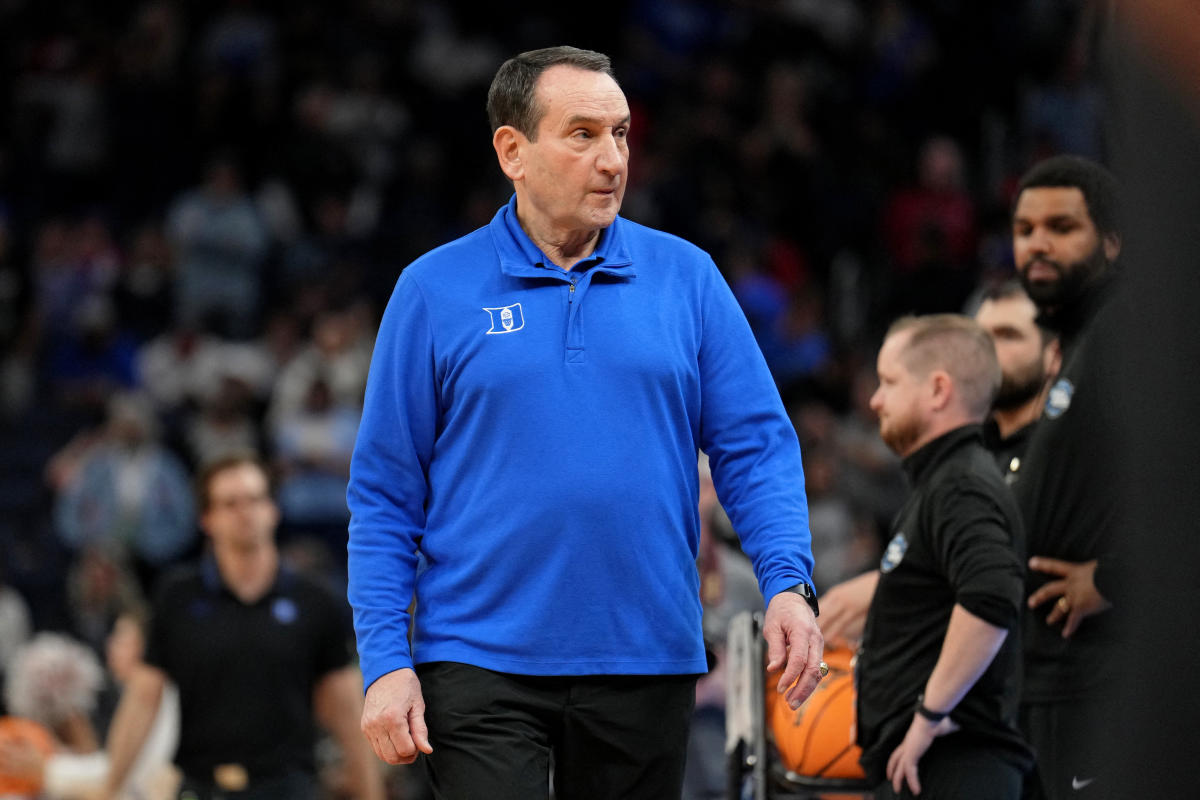 Early in the first half of his last win-or-fold Sweet 16 game, Mike Krzyzewski made it clear that trying to extend his career doesn’t weigh too heavily on him.

A smiling Krzyzewski jokingly pointed out a blocking foul after Duke’s Jeremy Roach crashed into an official trying to prevent a fumble from going out of bounds.

Duke seemed to take a cue from their legendary head coach during tense moments in Thursday’s 78-73 win over Texas Tech. In a fiercely contested game that featured a flurry of late lead changes, the Blue Devils stayed loose and cool under pressure, finishing the game on a 12-5 run to keep their quest alive to send Krzyzewski to the top.

Paolo Banchero hit one of the game’s biggest shots, a 3-pointer that gave Duke the lead for good with just under three minutes to go. Jeremy Roach hit a pair of jumpers to extend the lead to five and Wendell Moore and AJ Griffin closed out the game at the free throw line.

While Duke did her part in setting up a highly anticipated Elite Eight matchup with Gonzaga, the No.1 seed didn’t. Arkansas ousted the Zags on Thursday night, which means it will be the fourth-seeded Razorbacks who face the Blue Devils in Saturday’s Western Region final.

Krzyzewski’s future has loomed over every Duke game for weeks, but that certainly wasn’t the only fascinating aspect of Thursday’s matchup. This was a clash of title contenders who were built very differently.

Duke is almost exclusively staffed with four- and five-star recruits, NBA prospects who have been hailed as elite players since before they entered high school in some cases. Texas Tech is built on a collection of guys with a chip on their shoulder, guys who have heard for years that they weren’t good enough for one league or another and are motivated to prove those naysayers wrong.

What made Texas Tech a potentially terrifying draw for Duke was the Red Raiders’ fearsome no-middle defense. Mark Adams teaches three basic principles: keep the ball out of the paint, rotate fast, and keep constant pressure on the ball.

Texas Tech’s centerless D is based on three fundamental principles: don’t let the ball go into the paint; rotate and/or change early, with clairvoyant-level instincts; and maintain relentless pressure on the ball. It’s a man-to-man defense that annoys opponents because it has a quick twitch response to inflate and briefly resemble a zone depending on where the player is on the ball.